What is the status of the nation of Tashalar in the Forgotten Realms as of 5e?

As far as I understand, the Chultan Peninsula became an island for a time during 4e, and after the Second Sundering the regions around the Mhair Jungle were restored. Tashalar, an established and prosperous nation on the peninsula, was described in earlier editions (2e and 3e if I'm not mistaken), then presumably disappeared in 4th edition.

In 5th edition, several neighboring nations on the Peninsula are mentioned in passing in the Sword Coast Adventurer's Guide (p. 10), under "Lands to the South":

Eastward along the Chultan peninsula lie the remains of Thindol and Samarach. Despite the apparent fall of both civilizations, Thindol remains infested with yuan-ti, while the illusions cloaking Samarach's mountain passes conceal the activities in that nation.

I've yet to find any reference to the current state of Tashalar, aside from a mention in the Forgotten Realms Style Guide under the heading "Don't Whitewash the Realms":

The Forgotten Realms is a huge world with many earth analogs. Turmish, Tashluta, and Chult provide sources of humans with black skin and features.

(Curiously, as far as I can see in previous editions, "Tashluta" was a city in Tashalar, and not a nationality or a region.)

Is there any canonical reference to the current state of Tashalar in 5e?

I'm exploring basing an adventure to be published on DMs Guild in the region, so I'd like to avoid contradicting anything published. I've seen the Forgotten Realms Wiki entry and the Realmshelp listing, but as far as I can tell, both refer to earlier editions of the game.

As of writing, not that I can see

From page 120 of The Grand History of the Realms, the 3.5 edition sourcebook, we know:

This, presumably is why we don't hear much about Tashalar in 4th edition.

I went through the following sourcebooks to see if I could find a reference to Tashalar by name or implied reference. Here is what I found:

In short, it seems that there are pockets of Tashalar immigrants living in the Savage Frontier but the region itself is a bit of a blank canvas when it comes to 5e.

According to these maps, half of the Hazu Mountains were submerged for a time. Whether this means Tashalar was effected or not remains unclear, but it seems like the mountains are formed by continental plate convergence, sank when the plates diverged, and rose again open subsequent convergence. Given the proximity to the plate boundary, we can assume the people at least experienced some seismic activity, and at worst have evacuated the city as the relative sea levels rose. However, it's likely that mages and druids employed magic to protect themselves from devastation. 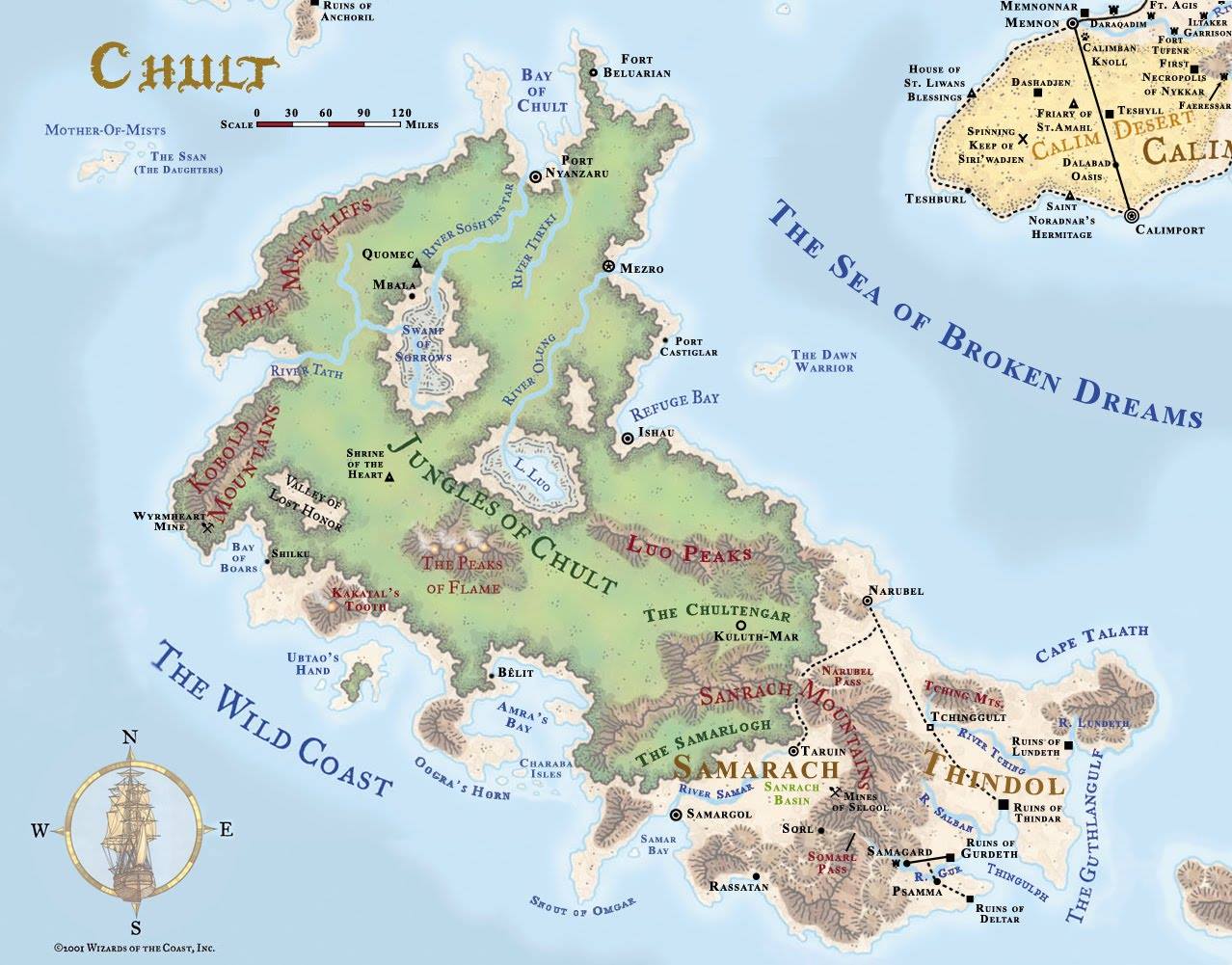 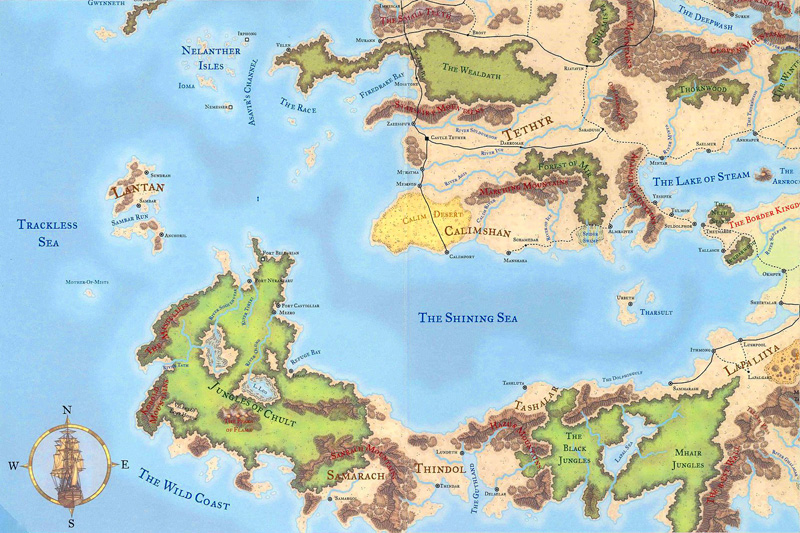 Just keep in mind that the Chultan Peninsula is not a welcoming place. It's craggy mountains and dense jungles hide many lost cities and monstrous things, both living and undead. Tashalar is the one of the most inviting cities in the region, but few who live there venture south. My advice would be to borrow heavily from Tomb of Annihilation and the supplemental sources that detail the ecology of the Peninsula. This region is rich with ancient, primal forces.

The jungle takes what it wants, and leaves many mysteries behind. Merchant Princes rewrite history with alterations and omissions. On the Chultan Peninsula, Survival is the only truth.

Not the answer you're looking for? Browse other questions tagged dnd-5e lore forgotten-realms .