Is the clothing listed in your equipment intended to be the clothes you're wearing or extra clothes that you've packed?

Every background provides you with clothes appropriate for your character. Because it's listed as "equipment" and because the Adventuring Gear table provides weights for several types of clothing [PHB pg. 150], it's reasonable to conclude that this mass must be accounted for when ensuring you remain under your carrying capacity, which is 15 lbs times your strength score [PHB pg. 176]. That's simple enough, and the 15 x STR limit is high enough to be effectively irrelevant unless you're trying to haul away a dragon's hoard.

However, if you're playing with the encumbrance variant [also PHB pg. 176], things can get more problematic. In that scenario, there's a movement penalty imposed for carrying more than 5 x STR, and quite severe penalties for carrying more than 10 x STR. For this reason, I prefer my characters to regularly carry no more than 10 x STR, and then to configure their gear in such a way that they can drop their pack to leave themselves with a "combat load" (of weapons, armor, precious items, etc.) that's less than 5 x STR.

However, I find myself pushing the limits when I have a character with average-to-low strength (say 8 or 10) and medium armor (usually 20-45 lbs). In this scenario, every pound matters, so I need to know: Is the clothing in a character's equipment actually a change of clothes, able to be stored in their pack and dropped during combat? Or is it added mass that they're wearing (under or over their armor) into battle?

Naked adventurers need not apply. (Bards should put their clothes back on. And barbarians . . . well, you do you.)

After further consideration, I've noted that the various sets of clothing in the Adventuring Gear table weigh from 3 to 6 pounds. I believe this is significantly more than a single day's set of modern clothing weighs, which would support the idea of this being extra clothing, but I have no actual data on the typical mass of modern or medieval clothing to back this up.

You are carrying the clothes you are wearing.

This is not spelled out explicitly in the PHB or DMG, but I think this is common sense. Anything on your person that is not on you when you are totally naked contributes to the weight you are carrying.

If I weigh myself naked, I am going to weigh less than when I weigh myself when I put on my jeans, shirt, belt, and boots, and you said it yourself, "Naked adventurers need not apply".

You do not have a set of weightless default clothes (well, you do, your birthday suit). You have clothes made of materials that have mass and contribute to your carried weight.

But do you have to wear your clothes with your armor? That’s entirely up to you, and up to your DM to decide if the NPCs think you look ridiculous. Full plate armor? Probably don’t need the clothes. Breastplate? Better at least put some pants on.

The variant encumbrance rules are by design supposed to make you worry about every pound. Thinking about how your selection of armor relates to your normal clothes is exactly the kind of decision the variant encumbrance rules are trying to force. That you have this problem means that these variant rules have achieved their purpose, and if you find that less fun, talk to your DM about some sort of compromise or houserule, or if the variant rule is right for you and your table at all.

Just to give an idea of how much clothes actually weigh, I weighed myself with and without my work clothes. 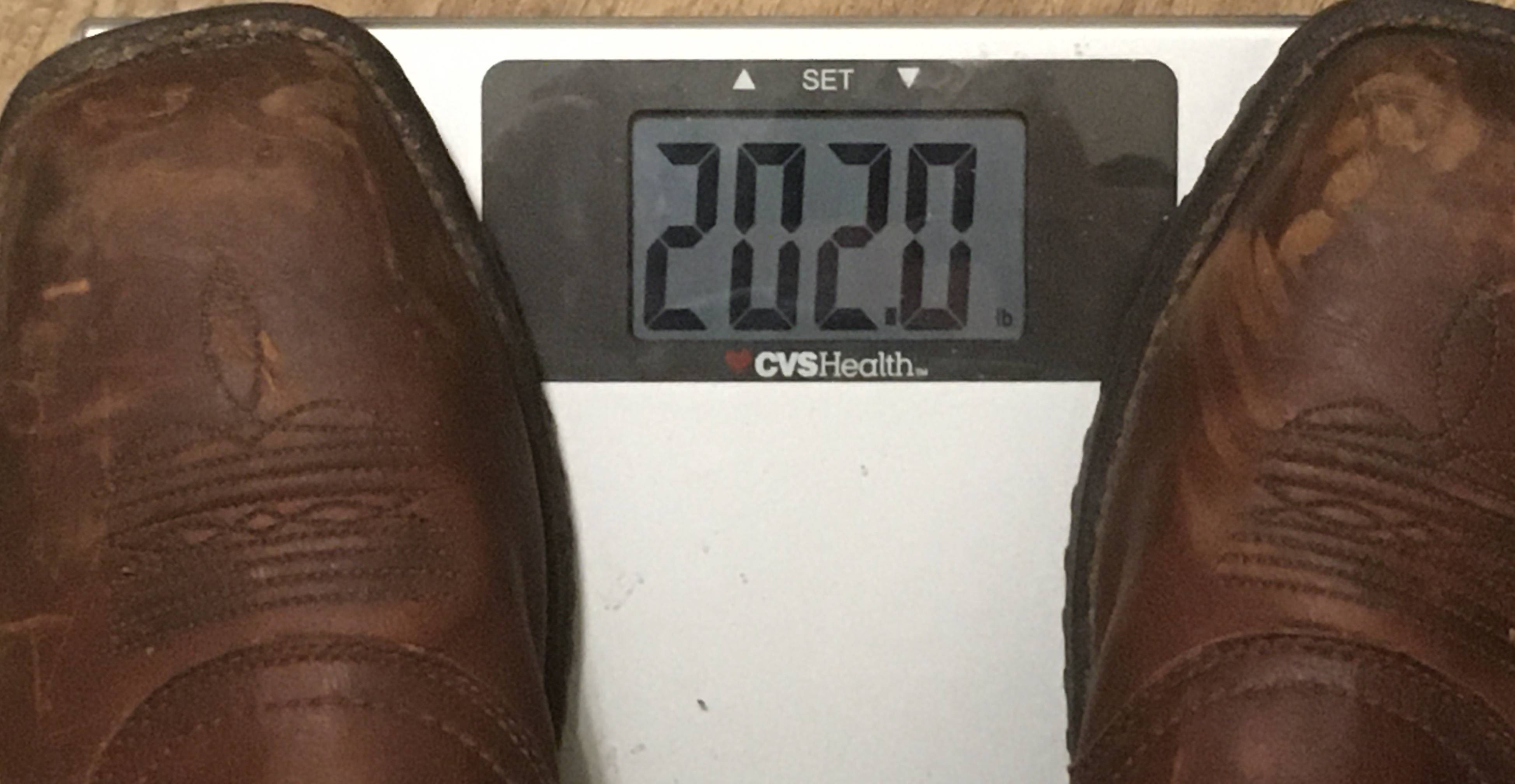 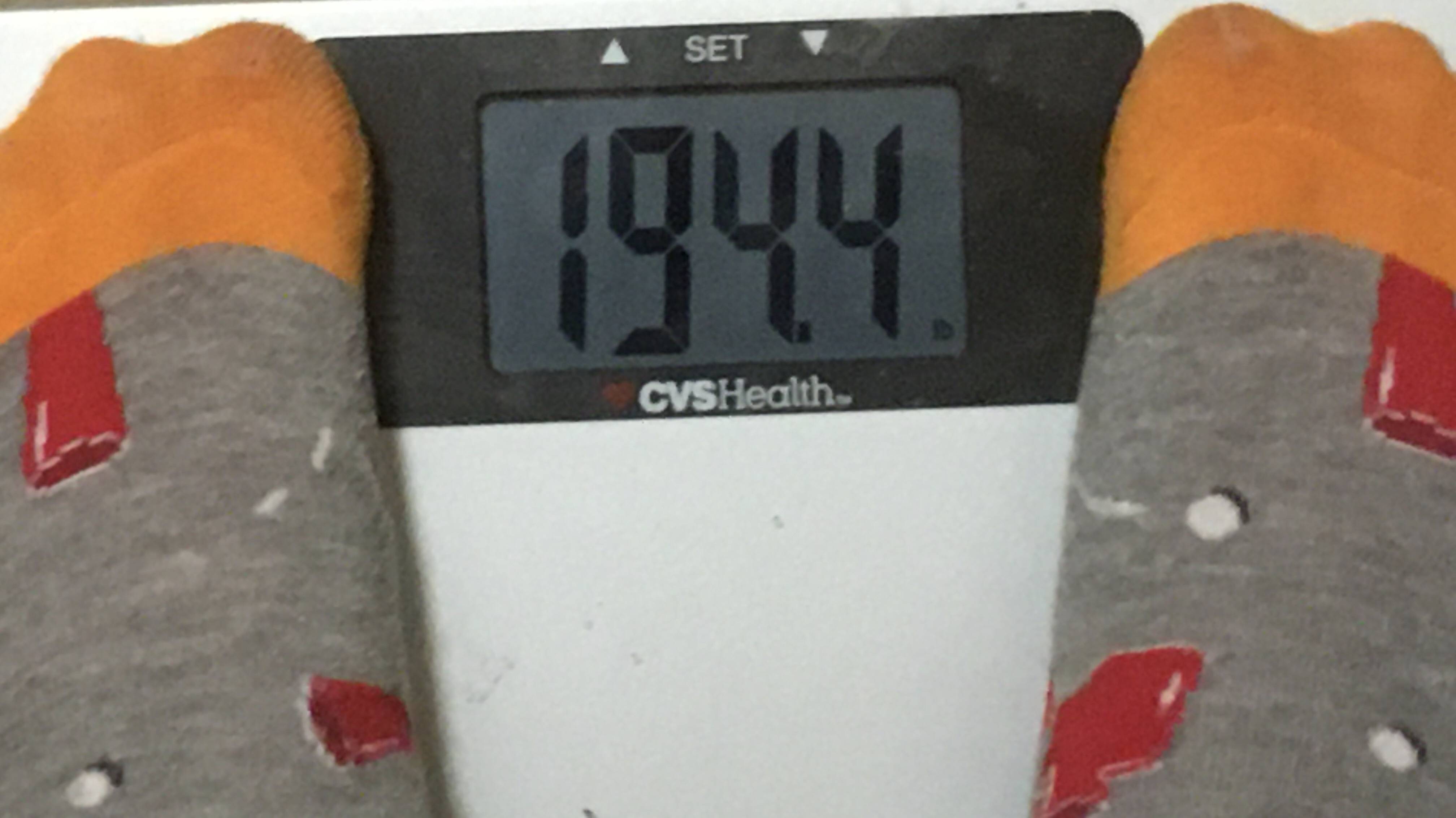 A difference of 7.6 pounds. A range of 3-6 pounds for the starting clothes is probably because adventurers can’t afford a decent pair of boots just starting out - my boots alone are nearly 5 pounds.

The extra clothing is worn separately from armor

The descriptions of the armor in the equipment section include information like:

Padded. Padded armor consists of quilted layers of cloth and batting.
...
Chain Shirt. Made of interlocking metal rings, a chain shirt is worn between layers of clothing or leather. This armor offers modest protection to the wearer's upper body and allows the sound of the rings rubbing against one another to be muffled by outer layers.
...
Chain Mail. Made of interlocking metal rings, chain mail includes a layer of quilted fabric worn underneath the mail to prevent chafing and to cushion the impact of blows. The suit includes gauntlets.

While not explicitly stated in the rulebook, it seems like any set of armor donned includes everything necessary to wear said armor (such as underclothing, padding, etc.) included in its weight.

The clothing provided by the character's background is "civilian clothes" to be worn when not wearing armor. This clothing does have its own weight, but it can be considered weight carried in your pack that can be dropped when entering into combat, unless you are purposefully wearing it.

I would note that classes that do not wear armor, such as barbarians, monks, or some spellcasters, should be assumed to be wearing something, so in their case they would most likely be wearing the clothing from their background or something of similar weight.

8
Does a Cube of Force on setting 2 block the clothing people are wearing?

102
Where do adventurers keep all their stuff?
23
How does the dwarven Speed trait interact with the variant encumbrance rule?
30
Are there mechanical consequences for nakedness?
5
Do the rules for carrying capacity apply to animal companions?
4
Carrying Capacity and Spells
12
What is the max starting gold I can effectively have in AL without using XGtE's "This is Your Life" options or DM rewards?
5
How powerful is a high-level caster PC with barely any or no equipment?
11
How much does a sprite familiar's equipment count against its carrying capacity?
4
If my familiar is forced through my action to drop a rock while over a target, is it considered an attack?