How can you tell the distances by road between the settlements of Ten-Towns in Icewind Dale?

I've read through Chapter 1 of Icewind Dale: Rime of the Frostmaiden and have not found any guidance on how to judge distances between the settlements of Ten-Towns.

Other than a good old fashion ruler compared to the map scale, is there a quick way to determine the distances between the settlements of Ten-Towns?

Travel is less time-consuming on the snowy roads and trails that connect the settlements of Ten-Towns, as discussed in chapter 1.

So it is not enough to know the travel time via dogsled and convert to miles. We should expect it to take less time when traveling on roads, but it is never explained how much less, so the travel times are insufficient for guessing distances without use of the map scale.

One dot marking the roads between towns represents 1/4 of a mile. 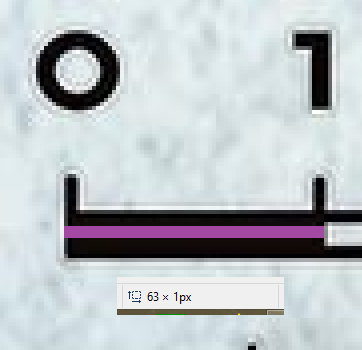 Next, I found the nearest-to-horizontal stretch of road, just east of Torgos and measured four dots: 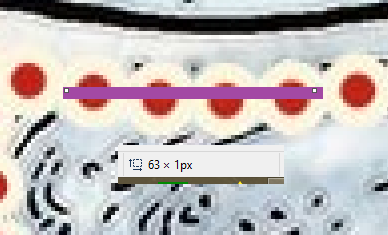 So four dots on the roads represents one mile, or 1/4 of a mile per dot.

TheAlexandrian compiled these into a travel-times map which I have found useful while running the campaign: https://thealexandrian.net/creations/icewind-dale/icewind-dale-travel-time-map.png

15
Have either of the Icewind Dale video games been published as d20-compatible adventures?
4
How can I determine the distance between cities for "Glorious Reikland" map?
5
In Descent into Avernus, how are distances between locations determined?
7
Can a character have downtime while on the road?
9
Are your default racial traits suppressed when choosing the Doppelganger Character Secret in the Icewind Dale: Rime of the Frostmaiden adventure?
6
What is an axe beak’s travel speed in Icewind Dale?
11
Does this lake event in the "Icewind Dale: Rime of the Frostmaiden" adventure allow a grapple as an opportunity attack?
5
Can you get the benefits from tool proficiency to make ability checks, even if you don't have/own the tool?
13
How is it possible to get back to Ten-Towns in time in Destruction's Light?