Can my familiar reload my crossbow for me?

I've seen at least one online character optimization guide suggesting that low-level alchemists should acquire a familiar for action efficiency with crossbows - specifically that you could have the familiar reload your crossbow for you, thus allowing you to consistently get off two shots per turn (you command, you fire, familiar reloads, you fire, familiar reloads). This seems dubious to me, but I realize that my grasp of the rules is still imperfect. Does this work?

The Command (a minion) action gives a Minion two actions to use immediately*. Specifically,

A creature with this trait can use only 2 actions per turn and can’t use reactions. Your minion acts on your turn in combat, once per turn, when you spend an action to issue it commands.

It must perform its action(s) when the Command is given, so it cannot intersperse them with your Strike actions.

However, the Reload action doesn't provide any requirement that you are wielding the weapon (it was probably written with siege weaponry in mind), so there's no reason a familiar couldn't reload your crossbow once on your turn and do something else with its second action. Furthermore, the action economy to take an item from a willing creature is the same as retrieving your own items, so the familiar can (most likely) draw your bolts and put them in the crossbow as long as it is within the Familiar's reach.

*The Valet Familiar ability alters this, but not in a way that allows you to reload the crossbow with its actions

As with all things, some GM's may allow a more lenient ruling so you may ask if they disagree. However, while you're at it, make sure they're ok with the cognitive dissonance of a tiny creature reloading a crossbow. 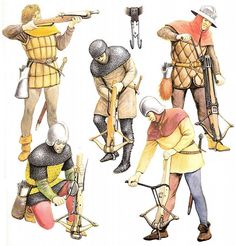 My impression is that whether it's you or the familiar, the action economy is the same.

While all weapons need some amount of time to get into position, many ranged weapons also need to be loaded and reloaded. This entry indicates how many Interact actions it takes to reload such weapons.

So the Interact action is specifically for loading the bolt into the crossbow and getting it ready to fire.

Now for the familiar:
Even if you are sharing a space, you and your familiar are two different creatures. Rules for drawing items are in Table 6-2 on PHB-273.

Pass an item to or take an item from a willing creature(2): Interact.
2: A creature must have a hand free for someone to pass an item to them, and they might then need to change their grip if they receive an item requiring two hands to wield or use.

This is a little weird because you would technically need to hand the bolt to the familiar, but the Advanced Players Guide fixed this with Valet (APG-147):

Valet: You can command your familiar to deliver you items more efficiently. Your familiar doesn’t use its 2 actions immediately upon your command. Instead, up to twice before the end of your turn, you can have your familiar Interact to retrieve an item of light or negligible Bulk you are wearing and place it into one of your free hands. The familiar can’t use this ability to retrieve stowed items. If the familiar has a different number of actions, it can retrieve one item for each action it has when commanded this way.

Valet specifically says "place it into one of your free hands" but sure a nice GM will let the familiar deliver to the crossbow instead.
But even with the bolt there, the crossbow is not reloaded. The interact action is to draw back the bowstring and load it to be fired again. Giving your familiar Manual Dexterity (PHB-218) to perform manipulate actions gives it the ability to Interact with the crossbow to load it.

Putting these together:
The familiar uses its first Interact action from Valet to fetch the bolt from you. Then its second Manipulate action to actually load the crossbow. This means that your action economy is still either [Attack, Reload, Attack] or [Attack, Command (valet + reload), Attack]. The next round will need to start with Reloading either way.

For Alchemist in particular, Valet may be a way to draw bombs or thrown weapons more efficiently, but it doesn't look like it helps with crossbows.

Not the answer you're looking for? Browse other questions tagged pathfinder-2e action-economy .

10
What action does stowing a weapon require?

23
Can a character with the Extra Attack feature and the Crossbow Expert feat shoot a hand crossbow 4 times in the same turn?
4
Are wizards with the Improved Familiar Attunement and the Enhanced Familiar feat restricted to only picking familiar abilities?
14
How many actions can a summoned zombie use?
11
Does Returning rune imply Reload 0?
5
What kind of action is it to sheathe reload 0 ammunition?
5
What exactly is the familiar ability "Lab Assistant" good for?
2
How many attacks can I make with the Sudden Charge feat?
1
Can the new dragon types of Wyrmblessed be used for other character options?
10
Can a Familiar cast Summon Animal?
5
Do you have to select both Flier and Fast Movement if you have a Raven Familiar?