What locations do these Official Forgotten Realms inspired Magic the Gathering cards reference?

There is a Magic: the Gathering set, which has cards inspired by The Forgotten Realms, but which locations (if any) are on these land cards? 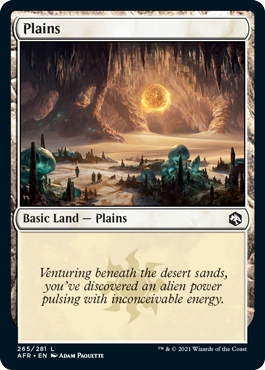 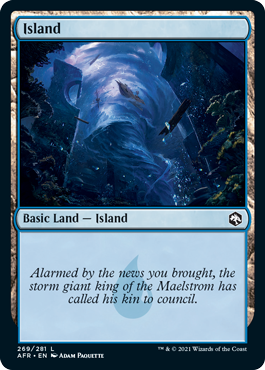 Alarmed by the news you brought, the storm giant king of the Maelstrom has called his kin to council 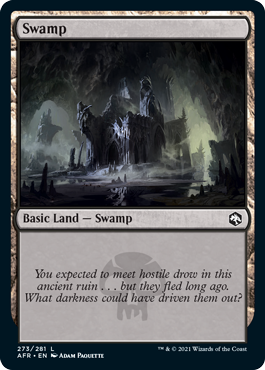 You expected to meet hostile drow in this ancient ruin... But they fled long ago. What darkness could have driven them out? 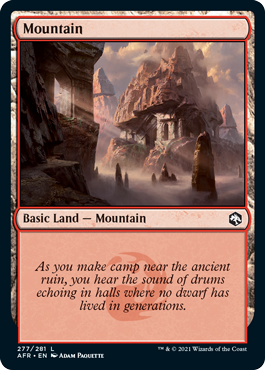 As you make camp near the ancient ruin, you hear the sound of drums echoing in halls no dwarf has lived in for centuries. 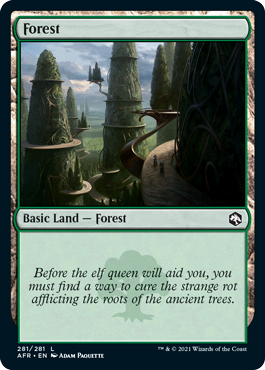 Before the elf queen will aide you, you must cure the strange rot afflicting the roots of the ancient trees

Which locations are on these land cards?

lore forgotten-realms
Share
Improve this question
edited May 7 at 1:18

I'm not certain about most of these--most of the bottom text appears to be more in the vein of a Dungeon Master's introduction or response than a specific historical note. However, locations at least can be found that correlate to each description.

The largest, most magical desert in the Forgotten Realms, the Anauroch is a good candidate for a location filled with an alien magic. This fits with its historical masters, the Phaerimm, which were aberrant spellcasters sealed in a cavern beneath the desert behind the Sharn Wall. While the Sharn Wall was reported to be silver, the art description for this card might have been something like "Mystical barrier in desert caverns, camp below" and here's what they got.

This is by far the clearest of the cards. Storm King's Thunder has an entire chapter in the storm giant citadel of Maelstrom, an underwater fortress at the bottom of a violent whirlpool.

Again, a guess, but the firebombed, ragged-webbed drow city of Ched Nasad is an excellent candidate for this swamp, yet more so because the people who destroyed it were dark dwarves and thus unlikely to have communicated with the surface races about its destruction.

Axeholm, as it is recorded in Dragon of Icespire Peak, is a ruined dwarven city containing a number of ghouls and a banshee. While there is no specific basis for drums, there is specific evidence for Axeholm being haunted and long abandoned, so this is my best guess.

Cormanthor is an ancient elven forest that was, in 1357 DR, attacked and damaged by Moander, the long-assumed-dead god of rot and decay. This card could be set in the early days of the attack before the elves knew Moander had escaped.

Not the answer you're looking for? Browse other questions tagged lore forgotten-realms or ask your own question.