Does the Wall of Ice block line of sight?

The Wall of Ice spell creates ice that can block movement:

You create a wall of ice on a solid surface within range.

In real life, ice can be either clear or opaque, depending on factors such as the presence of internal debris and air bubbles.

Is the Wall of Ice opaque and blocking vision? Or is it possible to see freely through the Wall?

Compare the description of other "Wall of ..." spells.

[...] The wall is opaque and lasts for the duration.

An invisible wall of force springs into existence at a point you choose within range. [...]

The Wall of Light

[...] blocks line of sight, but creatures and objects can pass through it.

The Wall of Sand specifies that

It blocks line of sight but not movement.

The Wall of Thorns

We can conclude that if a Wall of ... spell prevents vision (as mentioned in an example here) or affects it in some way, it is clearly stated in its description, or can be inferred by the material of which the wall is made of (e.g., Wall of Stone). Since Wall of Ice (together with Wall of Water and Wind Wall) does not have any indication, this is left to the DM, which may rule in a way or another, or even let the player decide.

If I were the DM in this situation, I'd apply physics principles (but certainly not calculations). 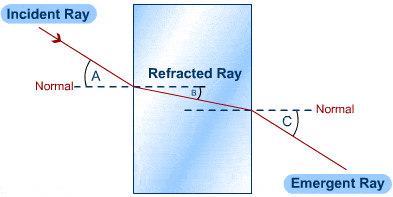 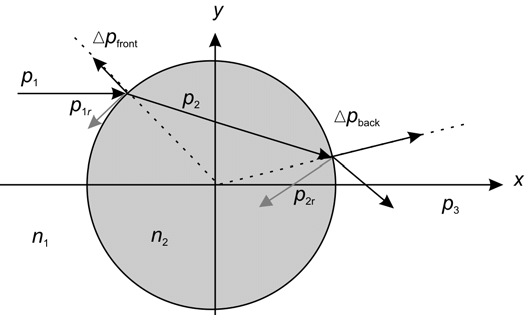 Equivalent to a hemispherical dome 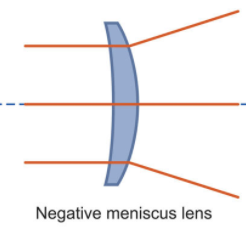 In the Players Handbook Chapter 11, Spellcasting, it says the following about spell targets:

A Clear Path to the Target

To target something, you must have a clear path to it, so it can't be behind total cover.

If you place an area of effect at a point that you can't see and an obstruction, such as a wall, is between you and that point, the point of origin comes into being on the near side of that obstruction.

So it seems to be that the default rule for a wall is to block line of sight for purposes of choosing targets, unless the effect says otherwise — as other answers have pointed out it's the case with some other Wall of X spells.

Similarly, for areas of effect:

The rule for total cover given in Chapter 9 is:

A target with total cover can't be targeted directly by an attack or a spell, although some spells can reach such a target by including it in an area of effect. A target has total cover if it is completely concealed by an obstacle.

Rules do what they say they do.

The General Rule that applies to ALL objects including walls related to line of sight is on PHB 183:

lightly obscured area, such as dim light, patchy fog, or moderate foliage, creatures have disadvantage on Wisdom (Perception) checks that rely on sight

So unless the Wall of Ice is determined by the DM to be an object that provides lightly obscured(like light fog) or Heavily obscured (like dense fog) then since there is no mention that it blocks line of sight.... it does not.

Not the answer you're looking for? Browse other questions tagged dnd-5e spells line-of-sight wall .

7
Wall of fire dimensions
25
Does the Darkness spell block vision?
15
What are the rules for attacking a creature inside a Wall of Fire?
11
Does the range of Message refer to straight-line distance or distance along a clear path?
7
Is the space inside a demiplane considered "outdoors" for the purposes of Control Weather?
4
Does Voice of the Chain Master allow casting certain spells from an isolated space?
13
Is Wall of Ice casting damage and frigid air damage counted by segment or only once?