Should a sneaking group use group checks?

I always considered sneaking to be a per character check, because I have a hard time imagining a paladin in shiny, heavy and loud armor sneaking silently, just because a rogue with stealth expertise goes next to him.

I was under the impression that my approach was according to the rules, because PHB 175 states that "the DM might ask for a group ability check" and furthermore "[group ability checks] most useful when all the characters succeed or fail as a group". This doesn't have to be the case for stealth imho, where it is very well possible for one character to fail and be spotted, while the others are still hidden. It can even be useful, if just one character is spotted the guard may be like "You got lost or something?", however if a whole group appears they might immediately ring the alarm. Of course it can also be annoying to barely be able to sneak while wearing heavy armor, but taking it off is an option.

However in this comment nick012000 states that technically this should be a group stealth check. So I got curious if I was missing something. Maybe a different rule in a different book, or something else that requires or recommends stealth checks to be group checks.

Note: I do use group checks, for perception, or if multiple characters investigate something etc. Just not for sneaking.

No, unless the DM wants the answer to be yes.

The rules for "Working Together" from the Basic Rules state:

[...] the DM might ask for a group ability check. In such a situation, the characters who are skilled at a particular task help cover those who aren't.

Group checks don't come up very often, and they're most useful when all the characters succeed or fail as a group. For example, when adventurers are navigating a swamp, the DM might call for a group Wisdom (Survival) check to see if the characters can avoid the quicksand, sinkholes, and other natural hazards of the environment.

It says it is entirely up to the DM, based on their assessment of the situation. It say group checks are 'useful' when you succeed or fail as a group, but not that they're necessarily appropriate. (And it says they don't come up very often, hinting that common situations like this might not use them.)

It seems to me there are three basic situations:

In my opinion, group stealth should usually be in the latter category. What are the effects on gameplay of this ruling?

Use group checks when an individual failure would mean the group fails.

First, the rules for group checks:

Otherwise, the group fails. Group checks don't come up very often, and they're most useful when all the characters succeed or fail as a group.

It is important to understand the purpose of group checks. Group checks are called for when a single individual failure would normally mean the whole group fails. This is what "succeed or fail as a group" means.

So if the whole group is trying to be quiet and not alert the enemies to their presence, and one character fails their individual check and makes a whole bunch of noise, then the group has failed, as now the enemies know that someone is here. So just use a group check.

On the other hand, I have had situations where the whole group was using stealth, but individual checks were called for. The party was being chased through a castle and ducked into a storage room. The guards saw them go into the room, but the party had a chance to hide. I had everyone roll their checks individually. In this situation, a single failure is not a failure for the whole party, only the individual. It allowed the paladin to distract the guards while the rest of the party set up for an ambush from their hiding places.

Using individual checks when a group check should be used almost guarantees failure.

Stealth often sees one character with a special job.

In my experience, I often find myself doing a group check and having one character making an individual stealth check. This occurs when the group is moving stealthily, but one character (usually the rogue) is scouting ahead or otherwise sneaking separately from the party. When this happens, I’ll have the party do a group check, and the rogue roll individually, resolving enemy perception separately for each of the checks. This way, if the party gives themselves away, the rogue can still maintain their hidden position.

Yes, you should use a group check

This is explicitly what they are for:

I have a hard time imagining a paladin in shiny, heavy and loud armor sneaking silently, just because a rogue with stealth expertise goes next to him.

Why? The rogue scouts and signals the paladin when to move, when to stand still, when to pretend to be an empty suit of armor used to decorate the castle, and when the enemy has an amusingly undersized piece of equipment. 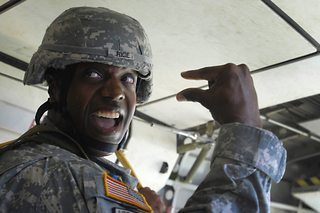 There is no RAW answer here.

By RAW both group and individual checks are allowed for this. It is entirely up to the DM.

That being said, here is what I would do:

Use group checks for overland movement

When moving on the "world map", if players are trying to be stealthy (keep in mind this means moving at a slower overland pace than normal) to avoid encounters or to be able to ambush things they do encounter, I would use the group check. This makes a lot of sense, as overland movement is a lot of averaging things over time. It is easier for more skilled members to cover for the mistakes of less skilled ones in these situations (the rogue telling the paladin where to step to avoid crunching branches, getting his armor stuck on things that make noise, etc).

This also allows for army scale ambushes, which are real things. It makes little sense that an army just auto fails ambush attempts as inevitably someone would roll a 1 in a group of hundreds.

Use individual checks for dungeons

This is the rogue's turn to shine. When in a dungeon to scout ahead or trying to sneak past a guard, etc, each PC that attempts it has to make a check. For things on this scale it makes way more sense for a single bad roll to give you away. This allows the high stealth character to be really happy with their choice to invest in being stealthy. It also makes it realistic. Yes a Paladin in full plate is very likely to give away your position. This allows the rogue to sneak ahead scout the area so the party knows what they are up against, without letting the whole party just bypass all the challenges with a much easier group check.

If the whole party does need to get by without fighting and they don't like their odds with individual checks, they will need to get creative. Have the paladin remove their armor. Cast invisibility on the least stealthy people, granting them advantage. Invest in boots and cloak of elven kind. Use slight of hand to create a distraction, tossing a rock from around a corner down the wrong hallway (an arcane trickster with mage hand can do a lot of creative distractions), the guards going to check the noise the group getting advantage to sneak by. Use suggestion, dominate, deception, or other non-stealth ways to get past the guard. These up close and personal situations require creative game-play or sheer luck.

While having a whole party being spotted because of one clumsy member is "realistic", the enormous roll variance of the D20 system is not realistic in the first place and is there for the sake of gameplay. Conversely, in gameplay terms, for a party of 5, this is functionally rolling with quadruple disadvantage. Think on how powerful advantage/disadvantage is, to the point that it explicitly doesn't stack in 5E in any other circumstances whatsoever.

You wouldn't use group check for stealth, primarily because the rule states that it is uncommon, and intended to be for group activities. If I needed to operate a machine with multiple stations, group check would work here. If I was running a store, group check would work here. But stealth is different, because it has its own check, and stealth checks for parties happen constantly. Stealth already has its own detailed rule set, which the game spends a lot of time on. Second, you wouldn't apply this to enemy monsters would you? You would be ambushed constantly. It should go both ways.

25
How to determine surprise when only part of a side is stealthy?
23
When Perception contests Stealth, how do you know which side gets advantage or disadvantage?
15
Can a Stealth check ever be made passively?
27
How do I handle players simply un-hiding and re-hiding after a poor Stealth roll?
7
What are the mechanics for hiding something that is not yourself?
17
When do individual ability checks become group ability checks?
4
Stealth when blind
3
Are there any rules for using Stealth after attacking?