Can I use Fabricate and a horse to create burger patties and/or sausages?

I know it’s odd, but it came up recently as my character, using the cloak of useful items, created a horse. The party has no use for it, and we are trapped in a mountainous area where horses cannot travel without difficulty.

I have the spell fabricate so I’m just trying to see if we can eat dinner tonight without using up rations.

Probably, if you humanely euthanize the horse first.

The fabricate spell calls for “raw materials”. A living horse is not raw materials. The spell description states:

Creatures or magic items can't be created or transmuted by this spell.

So while the horse is alive, it is a creature, and cannot be transmuted by the spell.

However, there is a strong case to be made that a horse corpse is an object, not a creature. If the DM rules that corpses are objects and not creatures, then fabricate should work just fine. That linked Q&A also contains some good arguments that a creature’s corpse still counts as a creature, so you will have to ask the DM. It is worth mentioning that lead rules designer, Jeremy Crawford, gave his personal but unofficial ruling on Twitter:

A non-undead corpse isn't considered a creature. It's effectively an object

We can also look to standard industrial usage of the phrase "raw materials" for some insight, since D&D 5e generally uses the standard English meaning of words unless otherwise noted. The United States Department of Agriculture Food Safety Inspection Service considers animal carcasses and parts of carcasses to be "raw materials". For example, 9 CFR § 318.6.(b).(4) states:

Detached spinal cords from cattle 30 months of age and older shall not be used as raw materials for edible rendering.

Again, I must emphasize, the horse should be euthanized humanely. Alternatively, I recommend just purchasing a Burger on the Go device, from inventor Dwight K. Schrute: 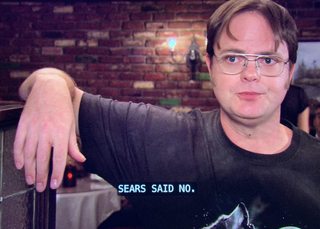 Not the answer you're looking for? Browse other questions tagged dnd-5e spells food-and-drink .

40
Is a dead creature's body considered an "object"?
11
How many items can you make with Fabricate?