What's the origin of the Mimic?

The Mimic is an iconic figure of the modern fantasy genre, best known for disguising itself as a treasure chest to tempt and ensnare adventurers and turn them into a meal. It's shown up in D&D (ca. 1977), in Dark Souls (2011), and arguably in less predatory fashion as The Luggage from Discworld (1986). 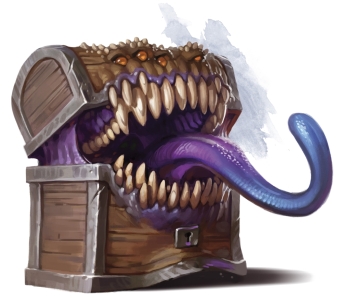 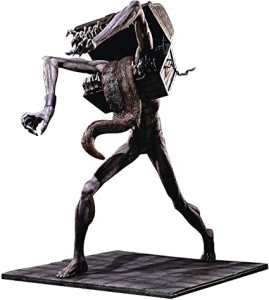 I've tried looking up its origins though and details are scarce. Few sources discuss its origins; PC Gamer's The murderous history of mimics attributes the invention to Gary Gygax in 1974 with no further explanation. The Mimic wikipedia page and our own Mimic tag wiki comment only on its first appearance in the scope of D&D. And that's about all I've been able to find on the topic. (It doesn't help that searching is muddied by a lot of sources talking about in-universe origins.)

I'm skeptical of this account though. Creativity doesn't exist in a void, and while OD&D certainly brought a lot of distinctive designs to the table, many of even the most iconic monsters were built upon prior work to which OD&D added its own effort and spin. For example, OD&D's version of the Gorgon, the Lamia, and the Su-monster all appear to come from a 1607 book named Historie of Foure-Footed Beasts; D&D's part in the picture was largely just putting stats to the description. It's fairly likely the Lich was derived from Koschei, a popular Slavic character and archetype. Even the Owlbear was based on a plastic toy, along with the Rust Monster and Bulette, although it's certainly the case that OD&D shaped them with a function that didn't inherently exist before that.

So all in all, I'm skeptical that it's as simple said and done this time that Mimics just appeared one day on a page in OD&D's first drafts and that's the end of it (or the beginning, so to speak). However if that's not the case I'm not sure what they're derived from—there's many historic accounts of statues coming to life in literature and religion, for example, but that seems to be something else entirely.

What's the origins of the Mimic? Is there prior art of something fairly similar? Or did they really appear in D&D with nothing much like them prior?

They were indeed an original invention of Gygax.

Tim Kask, an early TSR employee, relates the anecdote in his 2017 YouTube video Curmudgeon in the Cellar #9:

Who remembers the mimic? Alright, I know the story behind the mimic being created by Gary. I'll share it with you now.

Gary told me that these guys were just getting on a habit of running in. They'd check for locks and booby traps and stuff, and, you know, real perfunctory, open it up see what's there, see what's there. So one day, he decided he'd fool 'em, and of course when they inspected the mimic—'cause, read it up, they can mimic things really good—"No there's no traps or anything here." Pop the lid, shove the arm in—no arm. And it was just kind of a wake-up call. He said, "Well if I needed it..." and he figured other DMs would too. And he was right.

And it was fun! I don't think I ever used it more than a couple of times, but you don't have to, because then they're a whole lot... they're kind of chest-leery after that.

As an aside, although the PC Gamer article says Gygax invented the mimic in 1974, I can't find a source for that year. It's not impossible, but the mimic didn't appear in the OD&D box set or its expansions, and was first published in the AD&D Monster Manual (1977).

Not the answer you're looking for? Browse other questions tagged dungeons-and-dragons history-of-gaming mimic .

122
Why is the D&D gorgon a metal bull?
83
What's the inspiration for the owlbear?