I am playing a Wizard in a pathfinder game and despite several different reworks of his character sheet I've still not found a decent way to track his daily spells which can change daily (plus how many used) when some can be reused (pearl of power, resting, etc) and one/many shot daily items (hand of the apprentice)

I have an android phone and see this as a potential way to stop scribbling/crossing out/erasing/etc on the character sheet, so...

What is a good way/app of tracking character renewables and expendables, preferably on an Android; but a good paper based solution (that handles spell changes) would be good as well?

It would have to:

This is for Pathfinder, but is probably applicable to any system with resources to keep track of.

One way which I've enjoyed from the Warhammer Fantasy Role Playing Game is to use cards. Jot down each spell or item on a separate card or slip of paper. Each day, the wizard takes his/her allotment of resources from the card deck into his/her "hand". As s/he uses a spell or expendable, drop from the hand of cards for the day.

One neat trick I use to protect parts of a character sheet where a lot of writing/erasing is due is to use a small strip of Scotch 811 Removable tape to cover it. It is possible to write on it with a pencil, and erase it many times over with less effort than the paper itself.

You can also remove it without damaging the paper, if you need to change something more "permanent" underneath.

And no, I'm not affiliated with 3M in any way, I just haven't found any alternative with similar performance :) 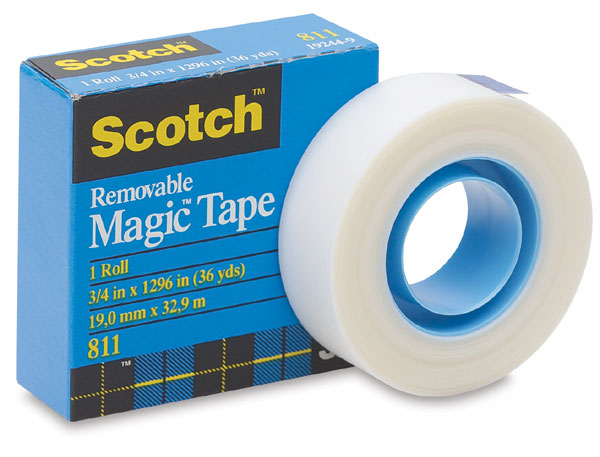 Other than writing/erasing more than you are comfortable with, I don't see a purely paper-based solution.

Similar to Matt's answer, I tend to put either clear contact paper or (lately) just drop the whole character sheet into a clear document holder. Any sort of notation I need to make gets jotted down on the plastic cover.

Hitpoints: I'll just mark the progression during the night's adventuring on the sheet cover, but actually mark my hitpoints as X/Y (10/15) so I know where my current status is and also how many points I need for full health.

Spells: I take the spell list, and if I can cast it, I'll leave it normal, but if I cannot cast a given spell, I will mark out (again on the plastic) that spell with the wet-erase pen. It's great in that you cross out the spells that aren't prepared while preparing, then cross spells off the list once you have cast them.

As for other goodies, I would take a small note-card and write the item and it's usability on the card. If it's "used" and recharging, it goes into a second plastic pouch, whereas if it's is recharged and able to cast, it goes into the pouch with the char sheet. As for tracking when it recharges; you guessed it... write "Wand of awesomeness, recharges in 3 days, as of [game-date]" on the recharging plastic pouch.

Also, I have found that glass beads you can get at craft stores work WONDERFULLY for counting things like arrows or whatnot. Since they are very frequently changing in number, I end up having 10 beads that I use for my current quiver (or blood pool in Vampire), and as I shoot the arrows, I toss them in the "used" pouch. When I run out, I subtract 10 arrows from my character sheet and pull out all 10 beads.

Apps: I know that Herolab has a utility on the full-version that lets you track everything, even initiative turn order... but that program gets a little too pricey for me. I've knocked around with the idea of building an application for quite a while "when I get around to it", but that time hasn't happened yet.

EDIT: I just thought of another solution I've seen endorsed by a few folks around here; keep track of everything on your character sheet and plan to fill out a new sheet every time your wizard goes up a level (since most of the sheet will be pretty messy from erasing/rewriting by the end of the level). I don't like the planned obsolescence of that approach, but I must admit it IS doable.

There is no universally "great" way of tracking resources of any kind.

You have to take into account various parameters such as:

By presenting such a general issue there is no specific answer, you need to google a bit and find out what is available for the system and resources you want to track and in what kind of medium. More importantly you need to find something makes you comfortable.
My gaming group was satisfied with using the printed version of their powers as generated by the CB in 4e but the hard-printed values for attack and damage modifiers bothered me so I made my own cards using MTG card template database software (along with a custom template suitable for the system) and printing them.

You seem to be more interested in a digital android app for PF spells however. I would recommend trying out the appropriate free spellbook app. I tried the 3.5 version myself and was quite pleased from the interface. However it should be noted that it offers no support for actual slots/day and you might find it annoying when you want to want to use spells from sources that are not included in the app. There are also other similar (though usually not free) options in the related section of the Play store.

Keep in mind that if the above app does suit you, you can always use it in combination with a few notes on your sheet to complement the tracking features it lacks, using the app as a "spell library" to avoid looking up in books. Of course that may also be a great solution if you chose any other spell-tracking digital sheet. If it is one of those excel edit-able ones found in the internet, your smartphone might be able to view and edit it as well. In the latter case, you might want to place it in your Google Drive or any other cloud-service that supports syncing between your desktop and smartphone.

Lastly, I should mention the SpellMaster which essentially generates instantly very detailed cards for your spells. If you want to invest the time and effort, you could make 3 copies of each on cardboard paper and use them as tokens to have a very intuitive, stylish and practical way of representing your available spells.

The method I use is put a sheet of paper, something like the 2nd sheet down here or this sheet here, put them in a sheet protector and then, unlike the above which used permanent markers and solvents, use wet-erase markers and a damp cloth (or a finger, though this turns them colours by the end of a day of gaming).

For ammunition there is always sheets like the following (I lost the web link to it), that you can use with the same method. 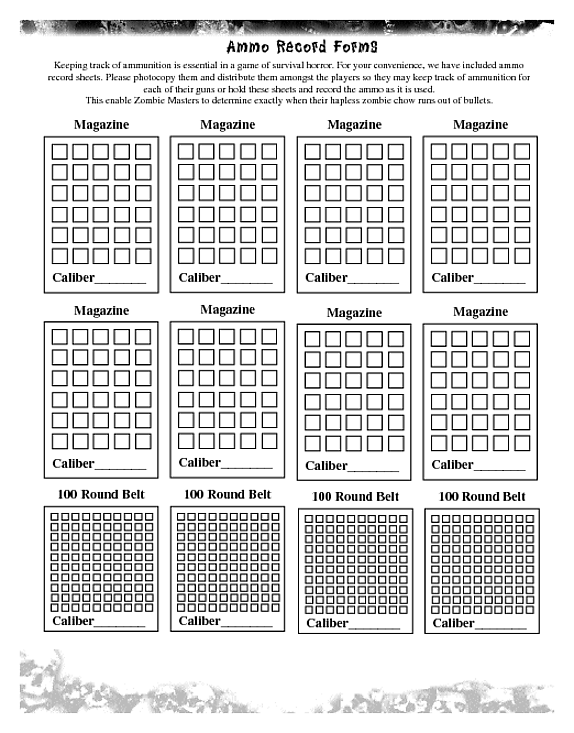 My former group put their sheets in clear plastic pockets and used permanent markers to tick of non-permanent information (and used a cloth and various rubbing alcohol products to wipe it clean). I bought an eyeglass cleaning product and emptied it out in the sink, because I needed to spray capability of the container.

Not the answer you're looking for? Browse other questions tagged pathfinder-1e tools character-sheets or ask your own question.