Back in the late 80s or early 90s, I purchased an AD&D book containing a dozen or more goofy/silly one-shot modules. I gave this book away as a birthday present, but I'm trying to remember what that book was called.

For instance, one module was crashing some Kobold's party(?) where the Kobold bad guy summoned some kind of demon during a dinner party, then animated all of the roasted chickens to dance around for entertainment, and ultimately ticked off the demon to the point where it attacks everybody.

This same module had the characters randomly being approached by a flesh golem in a tuxedo (i.e., Lurch from Adams Family) with a tray full of mice head (or headless mice) hors d'oeuvres that the players were expected to take, but not necessarily eat.

Another module was some kind of circus, I think, where one encounter had a tank full of playful dolphins that enticed the players to join them, but ultimately the dolphins were carnivorous.

Also, I think there may have been some kind of adventure or encounter involving animated objects like puppets (i.e., Pinocchio).

I don't know if this book was specific to a particular setting, but I do recall we used it for AD&D.

The module you are talking about is WG7 World of Greyhawk Fantasy World Adventure Castle Greyhawk. Chapter 2 is the one you mentioned, "Level 2: It's my Party and I'll Die if I want to".

There are 12 chapters of silly adventures. 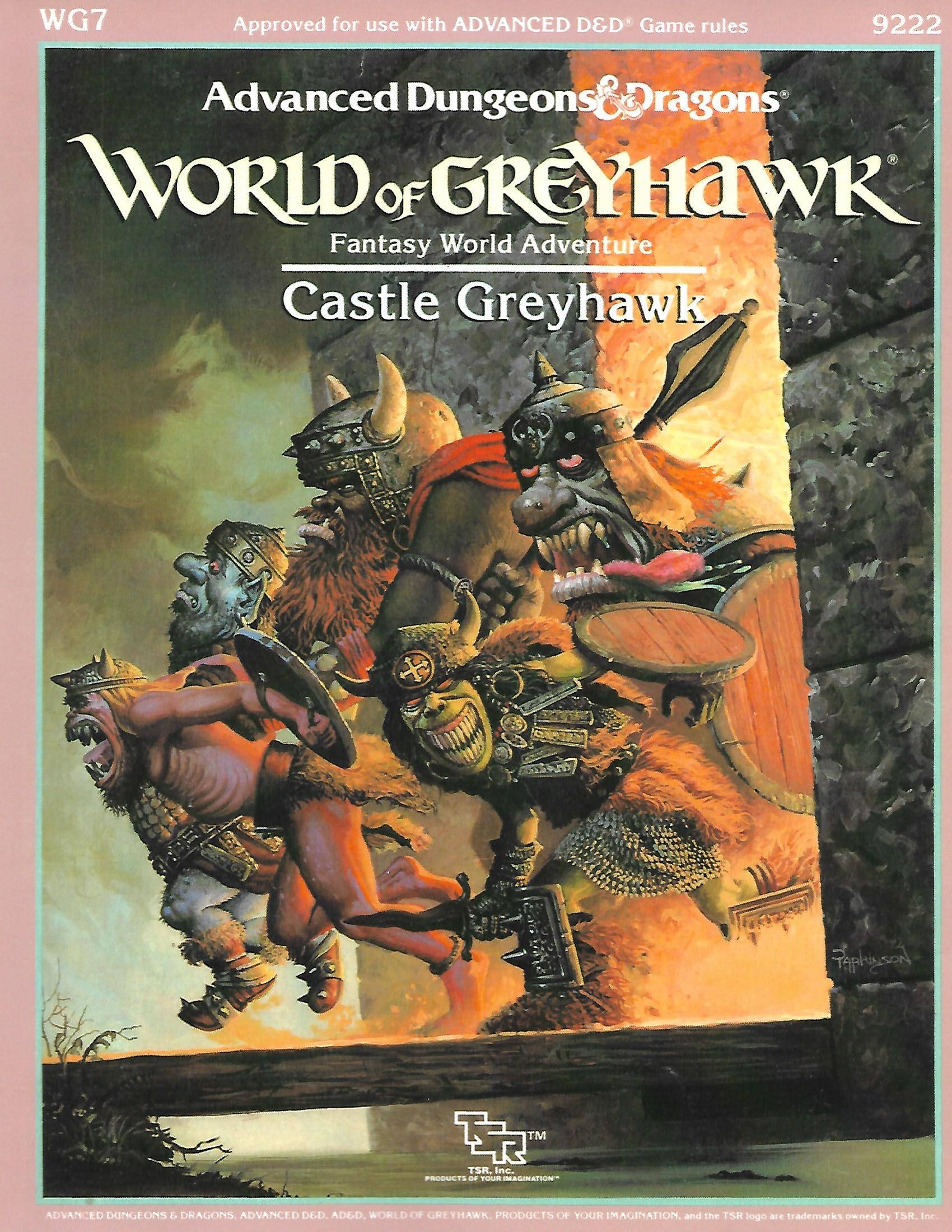 16
How does a DM deal with characters leveling up too quickly for the module, due to side-quests/ random encounters?
7
What should I look out for, when scaling a late heroic published adventure for late paragon/early epic tier?
10
Searching for fantasy campaign setting with settlements of light and dark separated by permanent clouds
8
Looking for a non-fiction book on RPG gaming from the late '80s
5
Have any psionic specific adventures or modules ever been published for D&D by TSR or WotC?
20
Looking for a late 80's (or possibly early 90's) D&D one-shot adventure based around a bar room brawl