I wish to make an acrobatic, dagger using character. Lets call him for the sake of argument, Frederico.

Here are some qualities of Frederico: Frederico is fast and agile. 40 feet speed would be nice. He should be able to get in and out of combat easily, having some defense against AOOs.

Frederico uses daggers exclusively. Might not be a Dagger, might be a Kuri or something, but dagger themed at the very least.

Frederico uses disposable daggers for ranged attack in case the target is too dangerous up-close. By disposable I mean he doesn't mind them being lost or sundered. Something like buying 20 daggers of +1 instead of a +3 (I am sure the math isn't right, I am guessing).

Frederico might invest his wealth into situational enchanted daggers, such as a specific undead weapon.

Frederico is a jack of all trades, master of none. He might be multiclassed to hell, no problem!

Frederico is versatile when fighting. He should be able to be effective vs 1 target

Frederico also has a variety of "toys". These are one-shot things like potions, alchemist fire & such that are kind of easy to get, whether by cheapness, commonness or the ability to create them. Perhaps a dip in Alchemist? This is to further strengthen his versatility.

Frederico, in case he is useless against a particular encounter, can assist another partymember, whether by using "toys" on him like buff/heal potions, cast spells if he has such an ability; or just provide flanking (I have read good things about Inquisitor's teamwork abilities) aid other, etc.

As far as skills and abilities are involved, I am not that keen on investing power in there but if necessity dictates (like needing high Craft and Int), so be it!

Frederico has medium survivability as far health, saves and AC are involved. Perhaps d8, good Fortitude and Reflex and some sort of a leather-like light armor. Mithral medium armor might be too expensive considering the investment in offensive abilities but why not? Buckler, maybe, something to be reflavoured as an arm guard on my part.

If it would help, watch Batman: Under the Red Hood. The character Red Hood, formerly known as Jason Todd, the second Robin. He returns from the dead with Batman training but with cold blood tactics.

I am looking for all 20 levels though we start at level 2 with this guy. d20pfsrd.com and official Paizo only.

If you need further specific details, ask away! 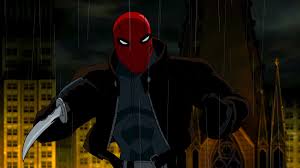 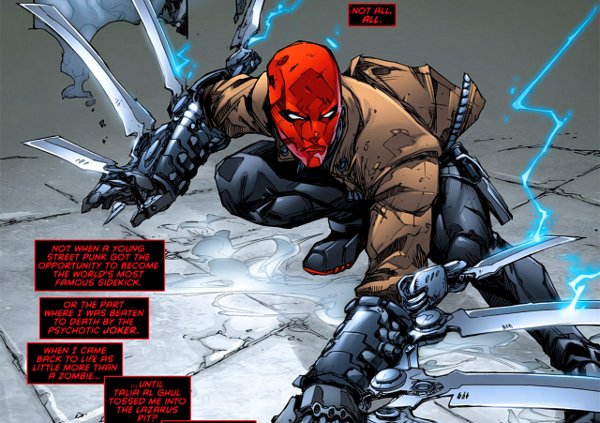 I agree that a two weapon rogue is the way to go. You would then want to take the knife master archetype which will jack up your sneak attack damage to d8's instead of d6's with the dagger. Then take opportunist and other stuff designed to get you more attacks so you can proc that sneak attack more. For magic, invest in fogcutting lenses because obscuring mist/fog cloud is everyone's favorite low cost way of denying rogues sneak attack.

Here's a sample 20 point buy Varisian knife master who uses starknives (proficiency courtesy Varisian Tattoo) for the x3 crit and 20' range and because they're cool red hood style toys. Using piranha strike you get-2/+4 with each, the agile starknife adds dex to damage, sneak attack's +3d8 with each one.

Based on your description, I think you are describing a Rogue. If you are looking for an optimized version of the Rogue, you may want to read Rogue Eidolon's excellent guide. Of the builds that are in that document, I would point you towards the 2 weapon rogue.

Although it may surprise you, this type of character is not especially exotic or complex to craft. Almost everything you've mentioned points simply toward the base class of Rogue. With a nominal amount of feat and skill choices, you can represent your character very easily with this class.

A rogue generally has, or can be easily customized to have, the following traits:

I realize this may be a bit more of an unusual build for a dagger-themed character, but may I suggest a Monk. To be precise a monk wielding Lungchuan tamo. The reason for this suggested weapon is that it's a set of daggers that are nearly identical stat-wise(crits on 20 vs 19-20) as ordinary daggers, however a monk can flurry with them(melee or thrown).

The reason for a monk over a rogue is that when flurrying, he gets a higher BAB as well as being able to apply the full strength bonus with both hands. In addition, a monk gets higher base speed, as well as a number of bonuses(such as better CMB, Slow Fall and a really good bonus to acrobatics for the purposes of jumping).

A monk build(with a 'dagger' focus) would be better able to deal with single or mulitples in open combat(more attacks with better to hit), less so in ambush(no sneak attack)

22
Optimal Focused Fighter Builds in Pathfinder
16
Character Build - “Bad Luck” Theme
15
How should I build my Oracle character?
11
Does Mindless limit my minions' ability to help build our kingdom?
1
Can you use Vital Strike with Focused Attack for crit build?
8
Critical Hit from Thrown Dagger
3
Help with a Metal Oracle build