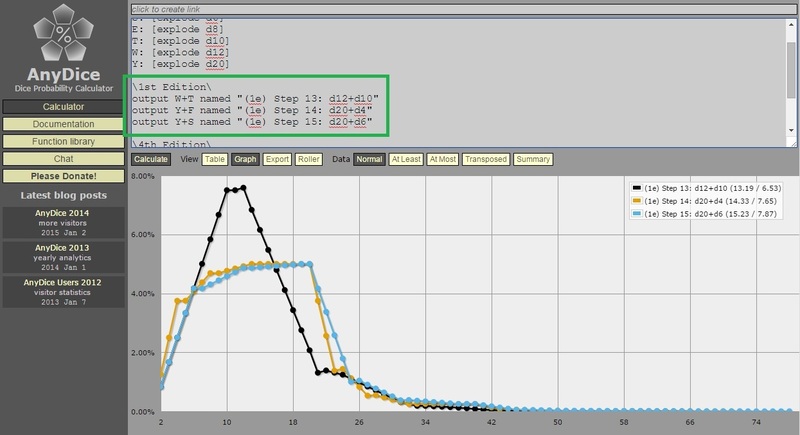 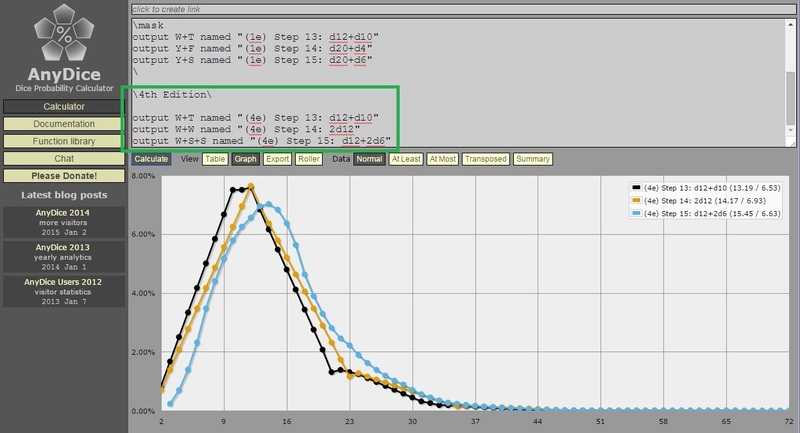 5
There was a system that had "Step-Damage" I am seeking the game systems name
7
How do I calculate average damage for WFRPG using AnyDice?

100
3d6 vs a d20: What is the effect of a different probability curve?
54
Is it possible to produce a bowl-shaped probability curve with dice rolls?
16
Are Fudge/FATE skills swamped by the dice?
175
How to let my players fail their rolls intentionally, but covertly?
5
Help with probability for a complicated dice pool mechanic
5
How can I calculate the probability of being able to purchase a card in my custom die system?
2
What homebrew dice mechanic can I use for PvP in Amazing Tales?
6
How to count the number of successes in a very large dice pool more easily?