How can I get Sharpie off my d6s?

I used the Make Some option to have Fudge dice while waiting for my Evil Hat Fudge Dice to arrive. Now they're here, but my d6s are still all Sharpied up.

The Sharpie will smudge and smear and get all over whatever I roll the dice on, but it won't come off cleanly. I've tried Simple Green, rubbing alcohol, more Sharpie and rubbing it off, dry erase marker and rubbing it off... My dice are now grey-on-grey Fudge dice with random black pips peeping through.

They're ordinary white plastic game dice, from a variety of sources. How can I get them less Fudgey and more d6y again?

Mr. Clean Magic Erasers are perfect for removing all kinds of markings from almost anything except paper products. These erasers use microfine abrasive material, rather than chemicals, to sand marks away on a microscopic level. However, much to my great surprise, even though they are abrasives, they do not scar plastic unless you scrub REALLY hard for a LONG time. I used them to restore valuable old video game cartridges to like-new condition, so I didn't want the plastic to be abraded and I was amazed at how even the dirtiest, most marked up Nintendo 64 cartridge could be made to look almost brand new with Magic Erasers.

Even better, because they don't use/contain chemical cleaners, you don't have to worry about chemical odors or chemicals messing up the plastic like some chemicals can.

In addition, they are commonly found in many stores in the cleaning supplies section and they are very inexpensive, around $1.50 for a box of 2 and one eraser will last a long time. 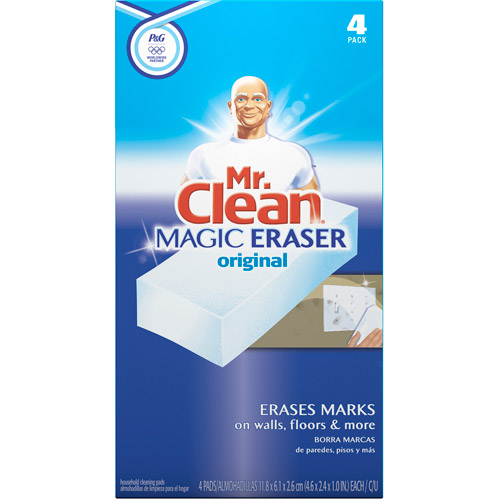 However, they sometimes have different boxes, here are some pictures.

To use them, just get them a bit damp & scrub until the marker goes away. Often the marker can go away pretty quickly. Sometimes you have to scrub for a while, but it will almost always go away after a while. Just be careful not to scrub down in the pips too much if you have paint in them, or you'll scrub off the paint.

I learned this trick from a used video game store owner when I was buying and cleaning old video games & equipment. These Magic Erasers worked SO well, getting tons of marker marks and scuff marks off video game cartridges, video game consoles, walls, etc. -- stuff I never thought would come off the plastic, and the erasers don't abrade the plastic at all, unless you scrub REALLY hard for a LONG time (then you start to see a very fine change in the way light reflects off the area).

I highly recommend them!

I'm afraid the economically viable answer is "don't". You seem to have spent some time and resources on trying to clean the dice, if you had spent it on buying new dice, you would have ended up with a whole bag of them.

If you aren't emotionally attached to exactly this set of dice, go out and buy new ones.

You may want to find a simple department store that has board games, because if your role playing game stores around you are anything like mine, a set of 2c chinese made plastic cubes suddenly becomes "$brandname quality dice". And somehow with that branding, they get a pricetag that is just unbelivable. Go to a store where they sell dice, not brands and you will get new dice for less than the amount you would have spent on cleaning chemicals at your local supermarket.

The only success I have ever had removing sharpie from a surface is with...sharpie!

By applying new sharpie over the old, and wiping clean immediately, I have removed sharpie from a non-porous surface - a whiteboard where someone had used sharpie instead of removable marker.

My theory is that the solvent in the new sharpie dissolves the pigment in the old one. Use a light color if you can - not black or red.

Acetone (nail-polish remover) will completely and cleanly remove Sharpie, as the pigments used in Sharpie are soluble in acetone.

Dampen a paper towel with acetone and wipe the surface of your dice. You will probably need to repeat several times, using a clean piece of acetone-dampened paper towel each time.

You can get pure acetone nail polish remover (without all the nasty scents and additives) in the pharmacy section at Walmart or Walgreen's or Wal-whatever.

Sharpie ink consists of a solvent (ethanol), a dyestuff and a resin which is dissolved in the ink but will harden into a film once the ink dries. Some Sharpies also use pigments, but from the evidence I would suspect this one uses dyestuff.

The root problem is migration of dyestuff into the substrate, even if it looks solid to the naked eye. Glass and metals are migration-proof, but the polymers used for articles to which some printing has been applied must have some surface irregularities for the printing ink to stick well. ABS is a good example. When you apply Sharpie ink to these polymers, you can only remove it cleanly within the first few minutes. Even after several hours, some traces will remain, and this only gets worse with time.

I guess nvoigt has given you the best advice so far.

Lighter fluid should do the trick, it won't dissolve most plastics. (Test it first.)

It also evaporates in seconds after application, so you don't even need to worry about washing dice after using it. You can used lighter fluid to remove marker, ink, etc from action figures and other plastic items also. It won't damage the plastic, and works 95% of the time on most such markings. It's the best thing I've found for this kind of thing, and I've tried lots of things (including several of the things suggested above).

You can also use Everclear or high quality vodka... which has the added benefit of being consumable when your dice are clean.

If the sharpie is smudging and smearing and coming off on things, then it is leaving the dice. Your dice are not magic dice of infinite black paint; they will run out eventually, even though that might take a lot more effort than you'd like and involve a lot more ink than you might think makes any reasonable amount of sense. A paper towel wad wet with your cleaning solution of choice (water, hot water, alcohol, whatever) rubbed vigorously on the dice for a long time will eventually remove the marker, after throwing away several such wads as they become saturated with black (or whatever color). You can use dry ones until the ink stops coming off; they will absorb the stuff better cause they aren't saturated with fluid. Then you will have a clean d6. This may well not be worth it to you, and you are not ill-advised to dispose of them and buy new dice.

In the future, you can avoid this problem by being careful not to press the marker head against the die very hard when coloring dice. Pressing the head hard releases extra ink and you want to use as little ink as possible if you are hoping to later remove it without too much effort. You could also use non-permanent marker, but that, of course, has its own problems.

Generally, when I alter dice I do it only once and accept that those dice are now permanently changed. D6's are pretty cheap, as far as RPG supplies go, and variant dice are stored easily enough.

20
How can one make a DIY “Silent Dice Tower”?
10
How can I execute code depending on a die value in AnyDice?
106
How can I test whether a die is fair?
13
How would conflict in DitV change if only d6s were used?
12
How do I read polyhedral dice?
3
Is there a way to turn off default crit damage rolls in roll20?
20
How I can I roll a number of non-digital dice to get a random number between 1 and 150?