I followed @Hey I Can Chan advice and put a prismatic burst (MIC 40) on my rapier. Now when I look into the spell description it says that the area of effect is a cone with a 60ft range, and that any creature within area will be targeted by a ray...

Which makes me think that I should pay attention at my placement, because it would be annoying to hit an ally. So I wondered how friendly fire is handled in D&D because so far I never saw it being applied whether in a campaign or a video game, and in case my understanding would be correct, and aside placing myself in a situation where no ally can possibly be in the cone, how are those situations handled?

Beside, my current character can easily change its placement by tumbling or using dimension leap, but I have a friend who is also planning to use the effect. I was wondering if there were items for either avoiding to hit allies or for allies to avoid being hit by a friend, and how to use flanking tactics without having a friend in the potential cone area..

Thanks for your advices.

You unwittingly have two different questions without realizing it.

Question 1: How do I avoid injuring my allies with the Prismatic Burst on my melee weapon?

Answer 1: Easily. The Prismatic Burst weapon enhancement only affects the target of your confirmed critical hit. "Whenever you score a successful critical hit with this weapon, . . . , subjecting the target to a prismatic spray effect." You do not get a free casting of the spell on an area, but just an effect on a single target.

Question 2: How do I avoid injuring my allies with area-effect spells?

Answer 2: By spell selection and tactics. This can be a big and dramatic part of D&D 3.5 tactical combat. One climactic moment in a game I played involved me defeating our opponent with a fireball that killed one of the party, but saved the rest of us from almost certain doom. Those using area effect spells also generally choose their zones very carefully to maximize damage to the enemy and to avoid injuring allies. While the tactics are not historical in any way, this does lead to in-game tactics of spreading apart and using cover. Regardless, you generally cannot fireball into a melee without endangering your allies: it's one of the trade-offs.

Unless you have a feat, feature, or other item that somehow affects attacks against your PC allies and they are in the cone described they they will also be subject to the attack.

Prismatic Burst is not your friend, the fact that it only occurs when you crit means you have no control over when it goes off. You'll have to balance playing safe (ie avoiding flanking, trying to make it so that if a burst did go off you'd hit the least amount of friendlies) and the cost of that (you're not getting or giving flanking) vs. if you just played normally and risked all of that friendly fire.

That said if you do decide to keep it and try to use it here is the only advice I can give to relatively optimize using it. 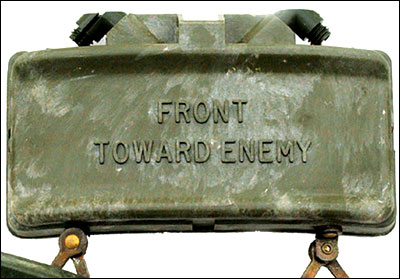 This pertains more to the second question, "How do I avoid injuring my allies with area-effect spells?"

There are some really good points presented here by Dane, Joshua, and CatLord, but they all overlook one very specific thing that gets left out of most tabletop games, especially those on a grid mat: the third dimension.

Use of the z-coordinate doesn't help a whole lot with ranged touch, line effects, or most cone blasts, but it can play a very integral part in preventing friendly-fire with burst area-of-effect spells.

For example, assume your party is fighting a frost giant, and there are two friendly fighters in melee with the fearsome foe. You can set off a fireball 15 feet above the giant and prevent it from hitting any of your comrades, regardless of which side they are on (assuming they are on the ground and not over 10 feet tall).

As @Dane pointed out, you don't get to actually cast a prismatic spray when you hit with a prismatic weapon. You just have your terget suffer the same effects as he has been hit with one.

This leaves open your second question, which I'm going to address in its general case.

Avoiding hitting your allies with friendly fire from AoE spells is an art.

Metamagic Rods, (greater, lesser, least):
Same as Feats above. Keep a couple of these on your belt.

Spellguard Rings. Page 127 of Complete Mage.
Pair of rings; One on caster and other wearer is immune to spells cast by the first ring. Might be able to make multiple pairs in-tune with the prime ring. Thus making your party immune to your spells. Great for combat spells, sucks for needing a quick protection spell. ;) Downside: takes a ring slot for each wearer.

I see it was noted already, but some other answers seem not to know that weapon burst affects, only apply to the target of the hit. Prismatic burst, on a crit, affects the damaged person only. Not the allies flanking the target.

To add to Joshua Aslan Smith's answer, Prismatic Spray is a spell that targets everyone un the area but tactics is key. Certain spells will explicitly say something like "all allies" or "all enemies", but more often you'll see things like "humanoid" (Mass Hold Person), or even "Mass Cure [Whatever] Wounds" has different effects based on creature type or alignment (Holy Word/Blasphemy). So if you happen to keep spells that can't affect your party members (or maybe just their pets/summons/familiars - see below) then you don't need to be as concerned.

While I agree with Joshua about attacking before your allies move in, you don't necessarily have to go first. Strategy would suggest that you and anyone else attempting ranged combat could go in any order as long as nobody decides to run into the hornet's nest right away before the volley is complete. Something like Precise Shot could work for an archer, but it's still fairly limited in scope. If you want to take risks, let your allies with Improved Evasion dart in but that's rarely worth the risk unless there's a greater plan in effect, such as resistance/protection spells against fire on your allies before hurling that fireball.

Also in theory, advantageous terrain could add to being your best friend. Should you be able to choose your terrain wisely enough you can let certain melee characters move in, get into total concealment from your LoS but still have reach on an enemy. It assures them the save without the above risks.

tl;dr: It's all in the planning. Give allies cover, buff them, use spells that can't target them, or keep them out of the way.

Not the answer you're looking for? Browse other questions tagged dnd-3.5e .

6
How do I use fireball without harming my allies?
5
What are the best enhancements for a rapier?

8
How may times can you charge during a combat?
3
How does time elapse during crafting?
6
How does Selective Spell influence magical disguises?
5
How to disguise a magical mount?
6
What rules govern lighting an arrow on fire through non-magical means?
11
How to prolong the time limit on resurrection?
4
How does the Blind-Fight feat interact with the Murky Eyed flaw?
13
How Does the Grease Spell Interact with Fire?
2
Can magical enhancement bonuses and weapon special abilities be added to a fire lash?
4
How to overcome the distance limit on a Dedicated Wright?