Are there any builds for dual wielding sickles?

I am trying to make a character like Death from Darksiders 2 and need some help for the build.

The character is going to be a Eladrin Hexblade that focus on single target damage and uses necrotic damage going to level 30. He makes little use of the trip attack ability of the sickles. The main part about this build is it's about Death from Darksiders 2, so necrotic damage is an important part of the build.

Given the requirements of single target necrotic dual wielding damage to 30, I'm going to explore the theme of Death:

Death is an immensely powerful and acrobatic warrior. He uses his tremendous agility to climb, wall run and leap large distances. He primarily wields the shapeshifting scythe Harvester or other shapeshifting scythes when needed. He is capable of wielding a wide variety of secondary weapons, from bucklers, armblades, gauntlets, and claws to massive maces, axes, and spears. The Horseman also wore many different pieces of armor though he eventually obtained the full suit of Abyssal Armor. He also makes use of his Phantom Horse, Despair, as a steed and his crow companion, Dust, to search for the correct path. Death also makes great use of his superior intellect to solve puzzles that unlocks his path to redeem his brother's name.

While his description has him wielding a scythe, harvester, most illustrations of him have him dual wielding because of coolness.

When we consider these requirements, of a highly-mobile enemy be visibly dual-wielding against a single target with a focus on necrotic/death themes, the answer is "half-elf avenger"

Specifically, a Revenant (half-elf) Elemental Initiate Avenger Soul Reaper (catchy, no?) Keeper of the Everflow. You're a dead guy channeling the avatar of death, becoming a small death, and then a larger death, giving death swiftly to people.

Calling the "weapons" death uses Sickles is an insult to farm implements everywhere. 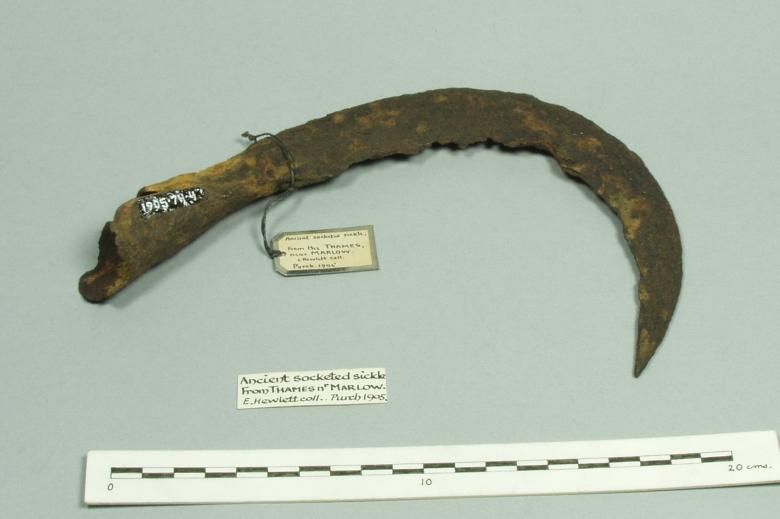 Is not the cutting edge favoured by Mr. Death, save for narrative purposes. We'll call them waraxes, as the design seems to have them as a cross between an axe and a pick. Obviously, in-game we'll refluff them to "Death Sickles"

This build is designed around a Paragon start.

At level 1, you'll be using a scythe or other military two-handed weapon reflavoured to be a "death scythe."

Ki focus expertise means your "everything into necrotic damage" Death Strike ki focus fits your theme. And, in case of undead, you can turn it off, and you'll be fine.

By 11, you'll have the half-elf soul, versatile master, two-blade warrior, adept Dilliante on top of ki focus expertise, which means at 11, you can cheerfully wield two waraxes glowing with necrotic energy into battle, necrotic energy that no one can ignore.

Everything else can basically be taken out of the avenger handbook with an eye towards refluffing. When looking for build advice, look towards suggestions for the "critvenger."

As far as building an Eladrin Hexblade, no problem there. The really hard part of this build is figuring out how to fulfill the core requirement of dual wielding sickles and dealing necrotic damage.

First and foremost, we have two problems to solve. The first is figuring out which pact weapon to choose, and the second is to figure out how to get it while having a sickle in one hand and the pact weapon (flavored as a sickle) in our other.

One of the requirements of a Hexblade is that you have to have an implement in your off hand to wield your pact weapon in your main hand. this means we need to become proficient in sickles as an offhand implement. This is a bit of an odd requirement as sickles in 4e are main hand weapons.

To do this we need one feat (You can carry a sickle in your off hand, you just can't attack with it as a weapon, it's fine to use it as an implement):

The last big decision to make is which pact to choose, and consequently which pact weapon to get. There are two that deal necrotic and the choice is easy between the two. You definitely want the infernal pact weapon. This weapon is d12 heavy blade that doesn't carry a description so you're fine to flavor it as a curved sickle (you would be anyways).

To be honest though, this guy's off hand sickle is pretty much all show from a mechanical POV, it's used for spell casting, not really for fighting. That means that, most likely, you'd be OK to choose a rod that you're interested in grabing enchantment wise, flavor it as a sickle and ignore the hoops you have to jump through to cast through a sickle.

Usually with a build like this I'd get into more feats and specific item choices, but none of those affect the build in any meaningful way. You're requirements pose two routes: reflavor a rod to a sickle OR cast through an offhand sickle.

As wax eagle has poined out, you need to refluff anyway.
The point of refluffing is stopping flavor from hurting the effectiveness of a build.

First, I would use a dagger, refluffed as a sickle after taking Arcane Implement Proficency. Now you can benefit from Superior Implements. This will be your implement in your off-hand.

You use this to manifest your pact weapon in your main hand. I guess you would not want to use a scourge as a sickle, so Gloom pact is out.

Necrotic is the second worst damage type in the game, narrowly beaten by Poison. Not only is it one of the most resisted types, the feat and item support is also quite bad. I would use cold, refluffed as the Chill of the Grave. As one of the most iconic encounters of DnD is defeating the undead menace, you will not regret this choice.
We could achieve this with a Cold Dagger as an implement, but if you go with Blade of Winter's Mourning, and Fey Pact, you get cold damage for free. It is also the only Light Blade among the pact weapons. This not only fits thematically, but Light Blades have the best feat support, especially in the accuracy department. You can get Nimble Blade and Light Blade Expertise in heroic, and Deft Blade in paragon. It is probably not by accident that the Fey At-will power is the weakest of all, to compensate for all this.

Put a Shard of the Mage in the dagger, in heroic use a Shielding Blade, from paragon Farslayer Weapon is great. Get Bracers of Mighty Striking as soon as you can, than Gloves of Ice.

The best theme mechanically is Guardian for a Hexblade, but you can get good results with Primordial Adept as well.

Remember, flavor is all fun and games until someone loses a character because you are weaker than you should be.

Not the answer you're looking for? Browse other questions tagged dnd-4e character-creation .

41
Can D&D Fourth Edition be played effectively in a non-gamist manner?
12
What are the commonly accepted definitions of reskinning and refluffing?
10
How to represent an "Abhorsien," "Speaker for the Dead," or "Shepherd of Souls" type of theme?

5
What typed-damage builds (item & feat) exist for ki-focus implements in 4e?
4
Any suggestions for feats/options to forgo damage dice for other benefits?
1
Can I get improved trip on bard without combat expertise?
9
After a TPK, we are re-doing the adventure at 2nd-level. Are there any guidelines for what the items and equipment the PCs should have?
17
How do I make my single-minded character more interested in the main story?
11
What potential problems are there with dumping Dex in a bard build?
3
Best DPR using the Horizon Walker's teleporting feature?