What should a PC expect when having an encounter with higher level monster?

I will explain my game setup first.

So in my game, (a paladin and a ranger) we have an encounter with two dire rats. 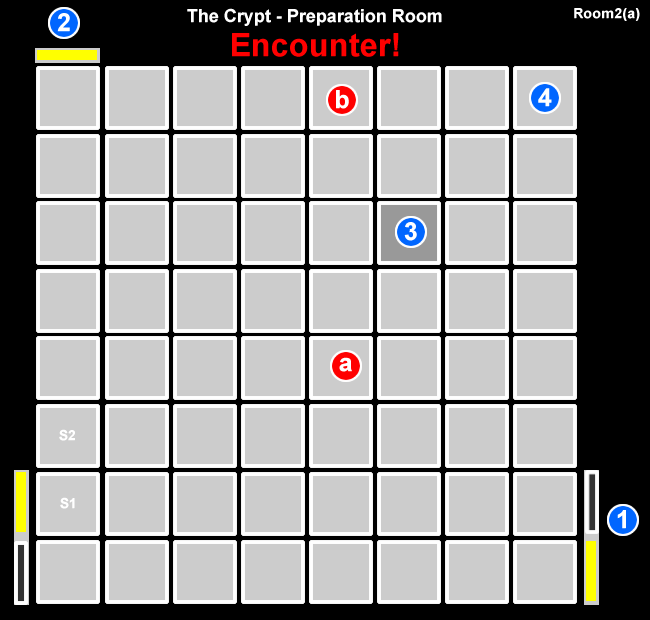 S1 and S2 indicates Ranger and Paladin. a and b indicates dire rats

The game starts with surprise round for the rat. It was told (in Monster Manual )that the dire rat tactics is to gang up and attack one person.

The game started with 4 consecutive rounds of misses. Then, the rat starts making successful attacks. In the end, the Ranger hit 0 hp without dealing a single hit. The paladin however, managed to stabilize Ranger's crisis moment so he doesn't need to roll DST. The paladin managed to kill one rat, and finally hit 0 hp. Both my PCs are knocked out.

I kept rolling DST (since I read somewhere that monster will stop attacking a PC if they're dying) , until miraculously the ranger rolls a 20, dodges the rat even though prone, wakes up, makes a deadly crit attack and heals the Paladin.

Nimble Strike: +3 vs 15: 1d10+3 Spec: Shift place before/after attack (Due to stat, I always do my best to use this power. Always adding this power with Prime Shot)

I dont use DDI since it's a paid subscription.

You should have trounced those dire rats handily.

The dire rat is a level 1 brute, has an AC of 13, and is +6 v. AC, 1d10+5 damage. Make sure you're using the version from the monster vault, as the monster manual's maths tend to be horrible.

Normal monster maths expect a monster to have Level+5 to hit (it does) and Level+14 AC (it's a bit lower, but in keeping with the monster's HP). It should do roughly level+8 damage. (it does a little more.)

Your characters should have +7 or so to hit with weapons, give or take feats or weapon proficiency, which means you should hit roughly on a 6 or better, assuming you don't have combat advantage.

While 4 rounds of missing at 25% chance isn't impossible, it is mildly surprising. I recommend building your characters in the DDI character builder, or grabbing the essentials books, as they do a significantly better job of explaining how to make starting characters than the original player's handbook. You've left a number of highly important modifiers out of your to-hit, which suggests a more thorough reading of Heroes of the Fallen Lands is in order.

As Brian said, you should have trounced those rats. Looking at the stats you've posted for your characters, I see why you had trouble. It looks like you made some less than optimal choices when designing the character, and also left out some bonuses you should have received. I'll just talk about the ranger, and assume you can extrapolate to the Paladin.

Since all your abilities scores are odd, your modifiers are noticeably lower at lvl 1 than they could be. As you level up, you'll add to your ability modifiers, but you only add 2 points at lvl 4 and 8, and then finally +1 to everything at lvl 11. So, if you stick with this ability array, you might have a tougher time at low levels than you need to.

Also, rather than having a balanced array with lots of 13's, you probably want to focus on having a few higher scores and leave the other ones low.

Each of your non-AC defenses is determined by the higher of two scores, so normally only one of those two scores needs to be high. For example, your Will defense is determined by the higher of your Wis and Cha modifers, so you don't need to have both of them at 11. If you moved a point from Cha to Wis (which is what I would do since Wis is much more important for a Ranger than Cha) you could increase your Will defense by one, as well as any powers or skills that use Wis. Similarly, you could move points out of Int to Str and/or Dex without lowering your Reflex or AC.

Your attack modifier is the number you add to your die roll to determine if you hit. In your example, you have +1 for Hit and Run and +3 for Nimble Strike. Right off the bat, it's clear that you're leaving out your Weapon Proficiency. I assume you're using a Longsword for your melee attacks. If you look at the weapons table on page 218 of the player's handbook, you'll see a 'Prof.' column. In that column, for Longsword, you'll find +3. This is your proficiency bonus. Add it to the relevant ability modifier when you attack. So your longsword attack modifier should be

Similarly, I assume you're using a longbow for your ranged attacks. Looking at the ranged weapons table on the next page, you'll see that the longbow has a +2 modifier. So, your ranged attack modifier should be that plus your Dex modifier, for +5 total, not +3.

You may also have feats or other features that increase this.

Since your ability modifiers are a huge factor in your attack modifier, you should try and maximize the abilities you use to attack. If you plan on continuing to use both Str and Dex attacks, then you should maximize Str and Dex. Your Dex is decently high at 17, but 18 would be that little bit better. Your Str is way low at 13, so I would probably pull points out of the other abilities and move them to Str to increase my melee attacks. Alternatively, you could choose to use only Dex based attacks, as there are a number of Ranger melee powers that use Dex. If you get the book Martial Power 2, you'll see an At-Will called Fading Strike. That can be used with either a Ranged or Melee weapon, but uses Dex for both. It also lets you shift, similar to Nimble Strike. I would point out that if I'm right and your Ranger is a human, you should have three At-Wills, not two.

You should use all your encounter powers most fights. If you're not using them, ask yourself if maybe you should have different encounter powers. In this particular battle, there were only two monsters, so I would've just dumped my encounters on the first one I reached as soon as I could.

If you think you will have an extended rest before your next fight, then there's no reason not to use your dailys. If you think you're going to die, then you should definitely use your dailys, as they're no good if you're dead. Depending on how many encounters you tend to run into per day in your campaign, I would not expect using your daily to be a rare occurrence. I have a campaign where my DM tends to only throw one fight at us per day, so I use all my dailys almost every fight.

Using your 2nd wind is a big judgement call that depends on a lot of factors. I would tend to use it when I'm bloodied and I expect I will be attacked again soon. If I'm far from the fight, like if your Paladin is engaged with both rats and you're off in the corner, then I would just keep shooting until I felt threatened again rather than waste a turn on hit points I don't currently need.

Too powerful encounter or not enough strong PC/player ?

Two rats don't look really difficult but does the condition were against the PCs ? Someone were poisoned or debuffed ?

If the PCs were ok, what is the 'level' of the players ? New players or experienced ones ? Have they used flanking or 'hit and run' technique (if they had the opportunity) ?

You have been surprised by the rats. Just this little round should have change all the fight. If you had seen them first, you would have shot them before they had a chance to react. Be sneaky and the victory will be yours (a Paladin is not exactly a sneaky character but can stay back and wait the Ranger to scout)

If you enter a room with more creature than you have PCs or if you see a tall creature that can't pass through the entrance from where you came, you should run away.

If they are animals/not intelligent, they should run after you but since you came from where you are running to, you know this part of the map. You can do ambuscades or just wait a hallway to turn back and take the enemies one by one, the first one blocking the others one in the corridor.

If the enemies are smarter, they should be ready for the next time you appear or wait the night to attack you during your sleep.

Full power against the first encounter ?

I once played a Wizard and my GM (old player of D&D) give me a tip : your remaining spells are only important if you survive.

PS : Sorry if I've done mistakes, I'm French and it's pretty late here, I should go to sleep...

Not the answer you're looking for? Browse other questions tagged dnd-4e monsters .

0
Hybrid fighter|ranger rules questions
1
Building an NPC / Monster
7
Is this Library-encounter balanced?
1
"Episode Boss" encounter balance assessment
8
Monster Skill Ranks don’t match RAW?
2
Heavy thrown implement for Invoker
3
Can a hybrid character replace his only encounter attack power belonging to one of his classes?
7
Calculate CR of creatures that share spells (like a hag conven)
2
Ability increase for extra HD not calculated correctly under the Lycanthrope entry in the Monster Manual?