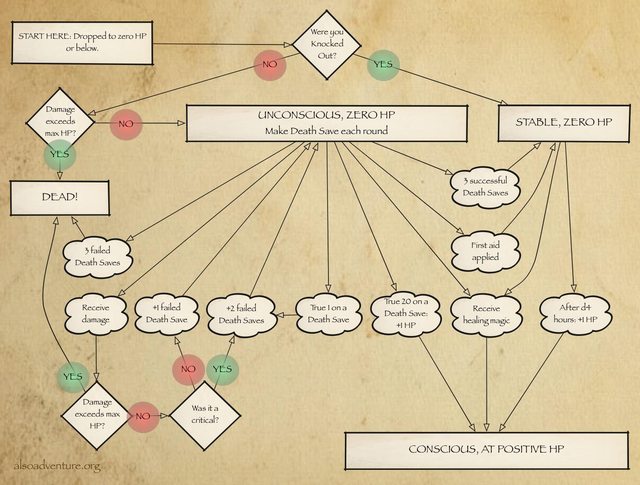 Not the answer you're looking for? Browse other questions tagged dnd-5e hit-points .

59
How do I kill a 20th level raging Zealot Barbarian?
-4
How to get HP back after reaching 0 hit points
5
Does an unconscious character accumulate damage?
3
Can you die instantly if you take enough damage?

46
Can massive damage knock out rather than causing instant death?
10
Does taking more damage than you have HP remaining result in a death saving throw failure?
28
Does reducing a character's max HP with a spell also reduce the "negative HP" threshold needed to cause instant death?
8
How does the Death Ward spell work if you are at 0 hit points and take massive damage?
18
Is there a difference between “When you are reduced to 0 hit points” and “when you would be reduced to 0 hit points”?
15
Are monsters subject to the massive damage instant-death rules?
14
Is there a general rule that covers interaction between effects that cause death at 0 hit points and features that prevent death at 0 hit points?
27
How much damage is dealt/taken when that damage also reduces a creature to 0 hit points?
10
How can one reduce the hit points lost from a Stirge's Blood Drain?