Increase power of or control over accidentally discovered abilities? [closed]

Magic is often something that either exists or doesn't, but I find it much more intriguing to have it be something very mystical and hidden in my settings. I am therefor faced with the challenge of presenting magic as a slow discovery without any set bounds or rules.

Half-way through a recent campaign, my players have just discovered that some of them have the ability to affect things with their own mind, and form some basic "spells" (telekinesis, aura reading & sense life). All of this I have presented to them as a series of "accidents" while preforming other tasks. E.g. PC number one tried to get to a dagger while tied to a chair and after enough straining, the item moved the last five or so inches by it self.

Should the accidental discovery of abilities be followed by players working for control over these things or to increase the power of these "spells"? 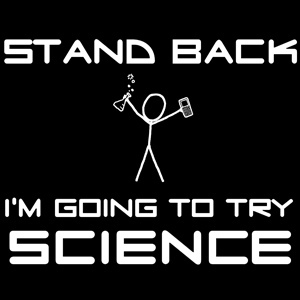 ... Clearly, your players will try to experiment with their new found powers. Can they first reproduce the effects they are "familiar" with? If so, they will probably start developing training regimes to increase both power and control over their respective abilities. This, in and of itself, is a good plot seed.

Now, would this approach work? That depends on how magic works in your world. Is it governed by cause and effect? Is there variation in effects based on external factors such as essence flow or The Force or whatever? If magic is such, then the scientific method will yield good results.

In such a case, power and control are two sides of the same coin. For example, with telekinesis if I had lots of control and very little power, I could still stop the heart of someone or even better stop the flow of blood to the brain. This would be way more powerful than mentally throwing a dagger -- low control, medium power. Which one the players go for is really up to them but I would suggest control first then power. Then again, if I were playing a Berseker, I'd got for power, more power, even moar power!

However, magic is not necessarily something that has a consistent inner working. In the same conditions, sometimes it might work, sometimes not. Because magic, that's why! In that case, the scientific method will tell you that no matter what you do, you might not get the right effect. Clearly, this could be very frustrating to players who want to know how stuff works. On the other hand, some players might consider this awesome and well, magical.

In either case, the players need to do some research: find out how to train; experiment with their own training; use technology to monitor what they do; etc... This leaves you with a good opportunity to have some player generated story in your game.

You can use descriptive precedents rather than numbers

Reward the players with improved powers according to how and how much effort their characters put into understanding their powers, train in using them, research their underlying rules on their own or track down and seek aid from more experienced mentors. And, of course, on actually using them.

If you don't want to put much focus and effort into defining rigid mechanics for these powers and tracking the PCs progress, it may be better for you to handle each character's power on a case by case basis - using precedents to judge whether a specific attempt is possible, and how likely is it to succeed (and/or backfire).

For example, instead of listing that PC #1 has Control:2 and Power:5 in telekinesis (whatever these numbers mean...), it may be much simpler to note that he already moved a dagger from a few feet away and opened a door once, but failed to untie a knot or lift a St. Bernard dog in the air.
Say that PC #1 now attempts something new - if he is trying to get a key-card from someone's pocket - it seems fairly covered by "moved a dagger a few feet", so he can succeed automatically or have a high chance for success. If, on the other hand, he is trying to lift a police car, it's (probably) covered by "failed to lift a dog", so he fails automatically or with very high likelihood (and the attempt is very likely to backfire). Trying something like pressing an elevator button is new grounds - give him medium odds for success - and his result (success or failure) becomes a new precedent.

You can allow players to describe certain tasks they want to improve and create new precedents for their characters accordingly.

This is important because:

There are many different factors to mastering an ability

When learning a new complex skill, there are many different factors that can improve separately. I'll demonstrate them with two mundane tasks - Throwing a rock, and playing the trumpet:

I suspect this list can be even longer, but I hope you see my point.

They discovered these abilities by themselves, they should decide how to further investigate the same way. If they continuously try the exact basic same thing over and over, improve their power, whereas if they experiment, try small variation of what they discovered they can do, improve their control. In both case, you should note give them stats for their character sheet until they fully understand how magic works in your universe, this way they will always assume they understand things to a certain extent, and you'll be able to surprise them.

If you want players to be afraid of what they might do, I suggest that experimenting or increasing too much power without control could lead to disastrous consequences. This can be funny if a player thinks he has mastered his magical skill, and then a slightly different situation makes him loose control...

Not the answer you're looking for? Browse other questions tagged gm-techniques system-agnostic or ask your own question.

21
It is possible to have one player lose control of their actions (get possessed) and have the other players not know it?
17
How can I increase tension during roleplaying?
52
What makes a character/creature/power/ability/etc. over-powered?
30
How does a DM correct the balance after accidentally giving the players too much gold?
15
What to do when I accidentally kill the whole party?
8
Character power