How can I encourage the use of willpower?

I've never (or rarely, maybe once) seen anyone make use of willpower in a World of Darkness game, it seems like such a vastly underutilized resource. What can I do to encourage my players to remember that they can use it? I've already tried to go about the "direct mentioning" to no avail. I realize it's not required to be used, I think it's just one of those things that people forget exists. Are there any more creative methods that I could use, that would get people to make more use of it?

I had this problem in an Exalted game (which is virtually the same system, if you're not familiar), and it took a while before they got in the habit of using Willpower for important rolls (although saved Willpower is a bit more important in that system, so that could be a reason). A few tricks I used to make sure they knew it was a resource meant for them to expend when they needed, rather than that they had to absolutely horde:

Ask. When they're making an important roll, especially if they express some kind of concern about failing it, straight ask. "Are you using Willpower on this roll?" It's kind of blunt, but pretty quickly they start to figure out that important rolls can get easier with a Willpower point.

Use it against them. For important foes or attacks against already weak or wounded players, or delicate social situations, mention it twice. Declare it before you roll, just they have to, and use differently colored dice for the Willpower dice. (You can say it's just so you know how many to take out after that roll to get back to your normal attack/social pool.) "So that's his eight dice, plus he's spending Willpower for three more," and then again while you're counting successes. "...three, four, five, and two of the Willpower dice as well make seven. That hits you, right? The mangy werebeast's claws rip into your undead flesh..." Even if you don't want to use the different colored dice, you can still declare when you're using it, and that can get their attention.

Remind them when they recover it Almost nothing irritates a player than losing a resource because they were full. Full inventory, full mana, the only time not gaining a resource they should have gained is ok is when its health. When they wake up, "Don't forget to recover Willpower." When they win a tough fight, "That was a major foe. Everyone recover a Willpower." At key plot points, "You've discovered who the Caitiff's sire was! You're one step closer to unraveling the prince's plans - regain all your Willpower for your achievement, so you'll be full up for the next part of the story..." Every time you tell them to gain Willpower and they can't, it makes them think "I should have spent that." In nWoD, they can gain one per scene from acting out their Vice, and a full refill per session from acting out their Virtue. One thing you might do here, if you notice a character could have been recovering from a Vice or Virtue they don't have, ask them if they've considered the other Vice or Virtue. Give them one freebie to change their character's personality traits on paper as they flesh out their personality more in play. For players that can't decide between two, there are Merits for multiple Vices/Virtues in the god-machine update.

Suggest powers that consume Willpower This way they're getting use out of their Willpower without spending it for "mundane" things like three dice on a roll. This looks really effective in nWoD. I just took a second look through the god-machine rules, and there are SO MANY USES for Willpower in those Merits. Reroll all non-success dice on lots of actions, so many mental powers, tons of fighting styles at close and long range, and tons of social abilities.

And finally, if these things don't work or your players just aren't interested in spending their Willpower, let it go. It's their resource to spend as they see fit. As long as you've made the effort to make sure they understand the benefits they could be gaining, to remind them it exists if they might have forgotten, everything beyond that is up to them. You wouldn't complain if an archer wasn't spending his magical arrows or the vampires do everything they can to conserve their Blood Pool - that's how the game is played. Maybe they just want to be at full, just in case. It's ultimately their prerogative.

Here's what I use: 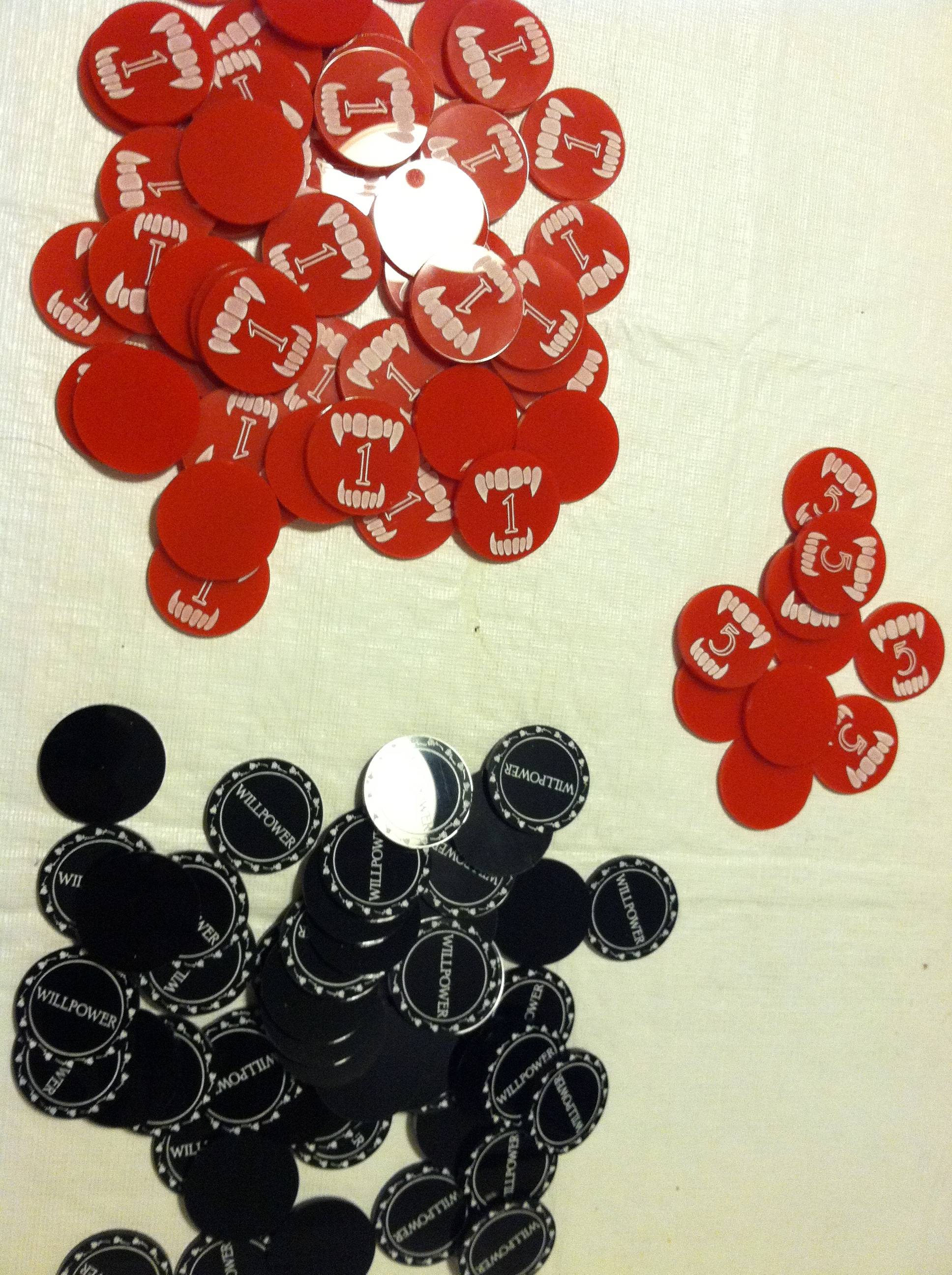 (Custom made from Dapper Devil.)

Having tokens to represent Willpower and Vitae means that players get used to receiving them and handing them over. The tactile nature of them means they can view them as currency to be traded.

I found this in Vampire the Requiem 2e, p275

Twist: The Will to Achieve In this option, Aspirations are front and center, as part of the Willpower mechanic as well as the Experience system. To use it, have the players assign each Willpower dot to an Aspiration. Divide as equally as possible; the one or two leftovers can be assigned as the player sees fit. Willpower recovers identically in this model. However, it may only be spent in pursuit of an Aspiration. It doesn’t have to result in resolution of the Aspect, but spending the Willpower gives a Beat. Advancement will happen quicker in this model. If you go with it, consider removing the dramatic failure option for obtaining Beats since the focus is more on goal accomplishment than exploring failure. Also remove the Beats for resolving Aspirations; if the resolution is important, the player will spend Willpower on it. If you use this option, players can choose more long-term, larger-scale Aspirations since they won’t miss out on Beats while trying to achieve their goals.

Not the answer you're looking for? Browse other questions tagged gm-techniques chronicles-of-darkness-2e or ask your own question.

1
How do I choose a Mood for my game?

34
How can I more effectively use darkness in a dungeon?
13
How can I decrease the difficulty of a scene on the fly?
15
When should I make my players actually roll for stuff?
16
How do I motivate players to do character sheet updates outside of session?
15
Encouraging a shy player to immerse themselves and play their characters
32
How can I reduce the number of encounters per day without throwing off game balance?
11
Handing out XP per encounter is overwhelming; solutions?
6
How can I encourage PCs to be more intellectual and less physical?
11
How can I help my players to better immerse into my game world?