I'm the DM for a 4e group and none of us really like minions because of their hit-or-miss nature; its unsatisfying to use an encounter power on them, even when its strategically sound.

I'd still like some dungeons to have puny henchmen, but I'd like them to not necessarily die in one hit. I know that one way to avoid using lots of minions would be to instead use lots of normal enemies a few levels lower than the players, but lets suppose that I want to more or less preserve the monsters' defenses, hit modifiers, and damage.

The idea I came up with was to halve their health and halve their XP, so that they live about half as long, but give half as much reward. Basically I want the DM Toolbox equivalent of the opposite of turning a monster into an elite (p184 DMG1).

Is this a reasonable idea? Is there a more balanced way to reduce monster longevity without making it a minion?

EDIT: I'm not looking for advice on how to make minions more fun. I've already done some reading on that. My question is about ways to "nerf" normal enemies. I want to know if there are reasonable ways to reduce the power of normal enemies without turning them into minions.

Telegraph that minions are minions. 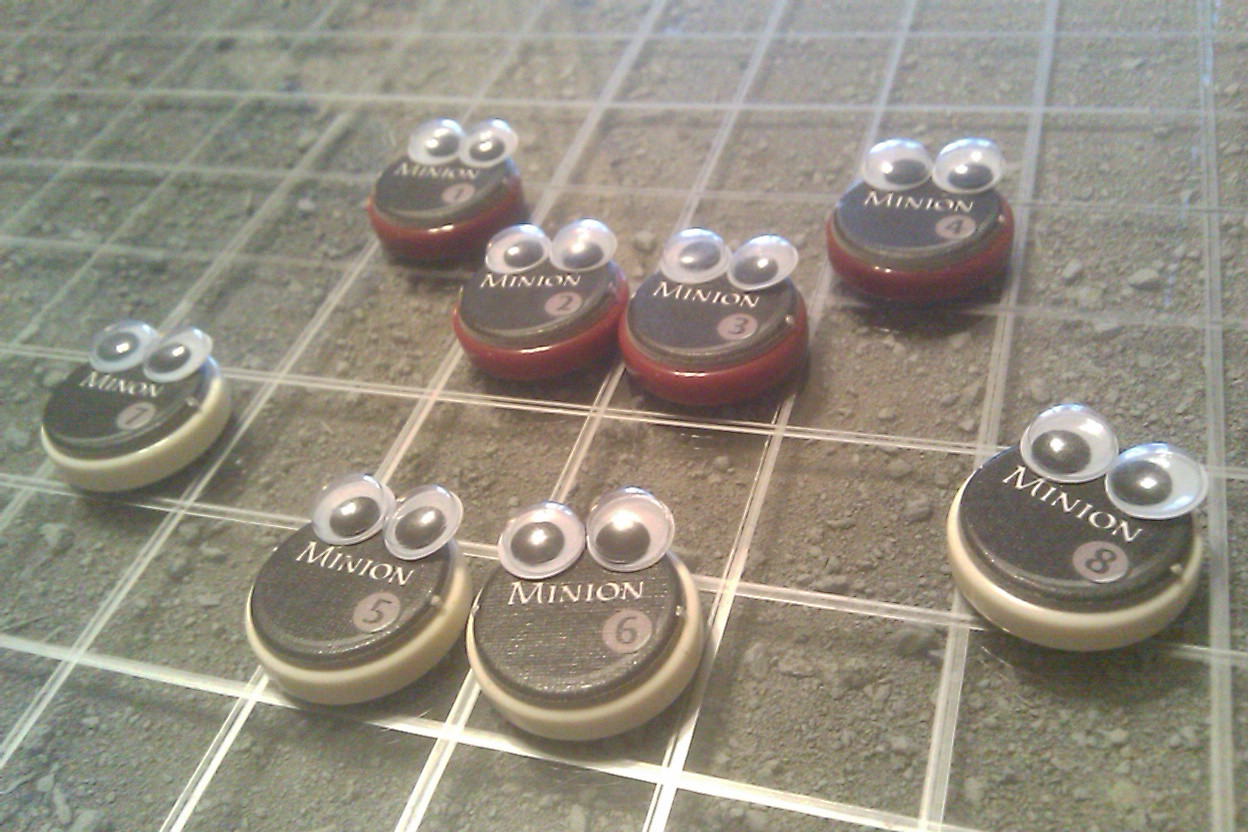 WOTC's own products included tokens for minions that explicitly telegraphed their nature to players. This was done precisely to avoid the exact scenario you mention where a player wastes the valuable resource of an encounter or daily on a minion. You don't have to explicityly say "those are minion goblins," but you can describe them as "weak," "dangerous only in great numbers" or "mooks" to try to get it across as well.

Two-hit minions are a house-rule I have seen many times.

Quite simply, a two-hit minion takes two hits to kill. After hit 1 they are bloodied. Critical hits will auto-kill two-hit minions.

Adjust the whole monster math of your game

With the release of MM3, WOTC overhauled the general monster math of the game. As such everyone refers to monsters as either pre-MM3 or post MM3. The biggest difference is that WOTC saw that finds could become incredible grind-fests of at-will powers because monster health was so high. To update your game's monster math: Halve monster HP, Double monster Damage. This will speed up encounters, while still making them threatening to players.

Not the answer you're looking for? Browse other questions tagged dnd-4e monsters minion or ask your own question.

8
Continuing a Charge after enemy shifts
11
Reducing a monster below CR 1
11
Is picking up enemy loot worth it?
2
Can two characters mark the same enemy?
5
Changing Type Of Enemy During Combat
4
Do mindless base creatures gain sentience through Int boosting templates?
37
How to improve my descriptions of the health status of monsters
5
Is there a template or rule for decreasing monster CR?
9
Can polymorphing monsters spam their ability to effectively give themselves a massive health pool?