How should I handle including features from a settings book when they might cause problems for me? [closed]

I have a player of a gnome who tries to get almost everything from campaign setting books. Should I grant him these thing without including the entire book?

For example: He tried to get the feat "Shadow weave magic", but I'm not going to include a god and a whole lot of zones of magic just because of one feat. He proposed that we only used the mechanics of the feat, but I declined it since he didn't meet the requirement and couldn't worship Shaar as an alternative to pre.

Next up he's trying to get the "Mad/Tinker gnome" from the Dragonlance campaign settings book. (He is playing a beguiler and the illusions get really high will saves from the added int.)

The DM Can Allow Anything...

That is, if the DM wants to mix in elements from a variety of settings, he can. No RPG police will bust in if, for example, a DM puts dragonmarks and the Shadow Weave into his homebrew setting. In fact, because the typical individual character has limited resources anyway (I mean, really, most characters only ever have 20 class levels, a half-dozen feats, and about 100 skill points when--and if--the campaign ends), combining disparate elements is sometimes extremely useful for realizing a particular concept.

The system as a whole is easily exploited. Gamebreakers and loopholes abound. It's very easy to wreck campaign worlds with careful selection of powers and spells, and it's sometimes frustrating for beginning DMs when his players have characters that steamroll average foes by carefully picking special abilities from every source. Finally, although rare, sometimes when a character combines a relatively tame ability from one setting with another seemingly restrained ability from a different setting, the results are explosive without strict DM oversight.

The Forgotten Realms setting regional feat Battle Jump (Unapproachable East 42) allows a creature to execute a charge when the creature drops onto a foe. Combined with the system neutral barbarian alternative class feature spiritual totem (lion) (Complete Champion 46) to get the the special ability pounce, this is deadly but reasonable. Combined with the Eberron campaign setting prestige class blade of Orien (Dragonmarked 99-101) and that class's special ability swift leap, allowing the character to teleport short distances as a move action , the character can (depending on the DM's rulings--debates have occurred online over this combination) make several charges--and, subsequently full attacks--per turn. This might be a power level beyond the beginning DM's ability to manage.

However, the feat Battle Jump is, in the Forgotten Realms setting, restricted to taers... 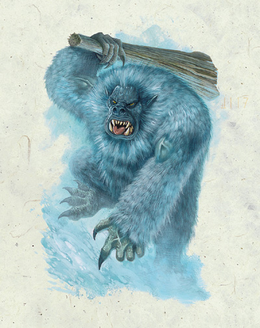 ...and while they look kind of neat, they're often a bit too powerful for most starting games, even without the feat Battle Jump. And in the Eberron Campaign Setting, blades of Orien must have a dragonmark--the Mark of Passage--which is exclusive to humans.

Also, while your homebrew setting can incorporate anybody else's setting material, remember that other folks's setting material is usually written so it meshes best with their campaign settings, providing reasons for the existence of specific oddities and background for what would otherwise be nonsense. And while some elements transition easily into any homebrew campaign (e.g. Eberron's magical birthmarks, Forgotten Realms's semiyetis), ignoring setting-specific requirements and prerequisites can lead to strangeness both mechanically and narratively. Prepare yourself for hard questions about your homebrew kitchen-sink setting. ("But why can't my semiyeti have the magical teleport birthmark?")

What should you do?

It sounds like the player may just be trying to find a way to increase his character's illusion spells' save DCs. That's certainly a cause for concern, especially initially (color spray is an outstanding 1st-level spell), but in a long-term campaign that extra +1 to save DCs becomes less and less important (and the mad gnome version of the tinker gnome doesn't even get that), so unless he's angling for something else because he's a tinker gnome, it's not really a big deal.

But you should ask what his plan is, and he should tell you. Collaboration is the key to a good game.

3.5 as a system has a lot of flaws, and few advantages – enormous selection of material is the biggest one

If you are not taking advantage of the enormous selection of material available in 3.5 (and the flexibility of the system, which allows you to use that material, between feats, multiclassing, and so on), I would argue that you are missing out on one of the few things that 3.5 legitimately does better than other, similar systems. If you don’t want all that material, you would be better served by using a different system that works better – which could be 4th or 5th edition, Dungeon World, or even something completely different like Fate.

Furthermore, it’s not as if Wizards consistently made one setting more powerful than another – they were supposed to all be workable together. And that more-or-less actually happened, though mostly because even the core books have wildly differing power levels depending on the choices that you make. In fact, just about every other book has less variability than core does.

So there’s a good, systemic reason to be fairly accommodating, in terms of material allowed, and limited mechanical reason to avoid the material from specific settings. Furthermore, the overwhelming majority of setting-specific options are really rather generic, they just happened to be printed in a setting-specific book. That does not mean you should just allow everything – certain, specific options may be problematic. For example, Forgotten Realms may not be higher-power in general, but the incantatrix prestige class from Player’s Guide to Faerûn certainly is much higher-power than typical. Or, as in your example, the Shadow Weave feat depends an awful lot on specific features of the Forgotten Realms, which would be awkward or problematic to include in other settings.

Most material from setting-specific books isn’t really a problem. Some of it can be, either because it’s poorly-designed (though that happens plenty in non-setting-specific books, too), or because it is really specific to the setting it comes from. I strongly recommend generally allowing material from other settings, but reserving the right to ban certain things for reasons of either mechanics or fit.

The tinker gnome, though, I don’t see as all that problematic. Fluff-wise, they’re just gnomes that are a little more creative, not that the default gnomes are falling short in that regard. The tinker gnome doesn’t even have to be treated as a separate race, they can just be special or aberrant gnomes. Mechanically, the default gnome gets a +1 bonus to the DCs of Illusion spells, which tinker gnomes don’t get: the +2 Intelligence provides a broader bonus, but since your concern was primarily Illusion spell DCs, note that the core option would have been just as good in that regard. Furthermore, gray elves are a core race that gets the same +2 Intelligence. Tinker gnomes are better than gray elves in general, but not massively so; generally speaking, humans make better beguilers than do tinker gnomes anyway. Bonus feats are huge.

So yeah, personally: yes in general, but sometimes no to specifics: for example, no to Shadow Weave, but I’d allow the tinker gnome.

Answer: Unless there is a clash between your setting and the lore of whatever a player wants from a campaign book, there is no direct reason to disallow. Consider what is most fun for everyone.

The two most important rules in D&D, its Golden Rule and Rule Zero:

But as to how one fits: what are the Gnomes like in your campaign? Are they like the Dragonlance Gnomes? Or more like the Gnomes as in regular 3.5e (elaborated on in Races of Stone)? Would the Gnome in question be plausible with what your Gnomes are like? If so, then do it! Note that a "Mad" Gnome is not what you'd think in Dragonlance. In a race where everyone is more or less a mad scientist, a "Mad" Gnome... isn't. They're more focussed and technobabble at speeds that would make the Tenth Doctor NOT go "Whoa, slow down there". They are still kind of tinkerish, but their massage chairs tend not to include a battery of self-guided anti-dragon harpoons "because you don't want to be surprised by one".

Unless there is a clear clash with your setting compared to what the players bring to the table (for example, trying to play a Half-Dragon in a setting where there are no dragons whatsoever) then there is no clear reason to disallow it.

Let me put it this way: Why do you think you should not allow this character? Aside from the fact that they're from a campaign book?

Then, reverse roles. If your DM were to say "no" to a character you make because you used something from a campaign book that does not clash with their setting, what would your reaction be? Would you think this is reasonable?

On the other hand, you are the DM and what you say goes (Golden Rule). It is not uncommon for DMs to limit the books from which players can use material to write their characters, either for balance reasons, a challenge, a group-wide preference or because they are in another setting. BUT if you cannot produce a good reason for why you limit this then your players might be upset with this.

Another way to approach this is to determine why your player wants a particular option for their character. If they clearly are trying to powergame you are in your good right to say no. But if they want something because of roleplaying reasons or because it fits their character you should consider allowing it, mainly because it is more fun (Rule Zero).

In conclusion, there is no definite answer to this. Consider the situation, the player and their intentions, and above all what will be fun for everyone (and not just the player!) and decide from there.

Not the answer you're looking for? Browse other questions tagged dnd-3.5e campaign-settings or ask your own question.

12
Which non-light weapons does Weapon Finesse apply to?

26
Creating the setting with the players
9
What is a good/solid contemporary (near future)-Sci Fi rpg setting?
9
How does Planescape need to be adjusted to work with 3.5e rules?
5
Is there any in-text justification for limiting Reserves of Strength?
10
Does a warforged benefit from composite plating when it uses alter self to assume a different form?
2
How does Mad Foam Rager (immediate action) work?
7
How to make research not boring