Is Draconic bloodline allowed for a Tiefling Sorcerer?

So my son has decided to play a Tiefling Sorcerer with the Draconic bloodline class feature. Although our Encounters DM shrugged her shoulders when asked and he's already played two sessions with him. Aren't those choices rather antithetical?

I can't find anything that specifically disallows it, but it sounds really edgy to me.

Does anyone know if there is a ruling on this anywhere? I won't spoil his fun if the DM allows it, but I was surprised when she did.

There are no rules that prevent this. Furthermore, there's no in-fiction reason that would prevent a DM from having a world where this is possible.

In most fictional worlds, as in the real one, one person is the product of many bloodlines: 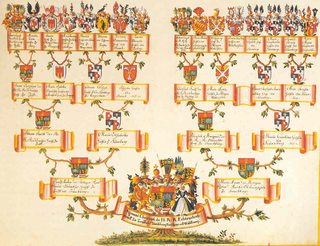 Of course, a given DM's world may make this combination impossible; it might be that, in their particular setting, dragons' blood and infernal blood are antithetical somehow and any such combination is non-viable, or something else with a similar end result of making the combination impossible. DMs are given a lot of explicit latitude in the DMG to create worlds with such details that may impact certain player character–creation choices. But if your DM shrugged and proceeded, then they haven't ruled it out and neither has the game.

your innate magic comes from draconic magic that was mingled with your blood or that of your ancestors. Most often, sorcerors with this origin trace their descent back to a mighty sorceror of ancient times who made a bargain with a dragon or who might have even claimed a dragon parent

What about diabolic dragons?

Abishai for 5th edition are found in Mordenkainen's Tome of Foes and are antagonists in Baldur's Gate: Descent into Avernus. (I am currently playing in the latter and so am not currently at liberty to offer quotes from it, but can amend this post later once I have completed the module if someone else does not offer a more complete post.)

Abishai are draconic devils. They have the creature type of Fiend (Devil) and speak Infernal, and have all of the resistances of lesser devils. But they also speak Draconic, are physically like humanoid dragons (with wings and claw / bite attacks). They come in five colors to match the five types of evil dragons and have immunity to one damage type that matches their color. They are followers and worshippers of Tiamat, a great diabolic dragon who was once the ruler of Avernus, the first layer of the Hells.

All of the above features I have learned as a player in the Baldur's Gate module. I don't know whether their lore explains whether they are diabolic dragons or draconic devils, and I don't know whether it is possible for them to sire children with humanoids, and whether such children would be considered to have both draconic and Infernal bloodlines. But it is not a great stretch to make it so for any DM so inclined. Thus it would be possible for someone with a single Abishai ancestor to be a Tiefling sorcerer with the Dragonic bloodline. Or, for that matter, a Dragonborn sorcerer with the Infernal bloodline.

Well, given of all of the lore that I have read, dragons can interbreed with almost any species, even an Infernal(Devils) or Celestial(Angel). so if an infernal can mix DNA with a Human and dragon. then I don't see any restrictions.

Not the answer you're looking for? Browse other questions tagged dnd-5e sorcerer tiefling .