What are the mechanics of using a dart as a ranged weapon?

As a monk in 5e D&D, you get 10 darts when starting out. How does one actually use these darts: I imagine that they are thrown overhand in a vertical movement as if they were throwing knives. This implies they would spin around in the air before hitting their target (or missing). Is this correct?

The Player's Handbook gives an explicit reference to how darts are thrown. In the section on Underwater Combat (PHB 198) we find:

the attack roll has disadvantage [underwater] unless the weapon is a crossbow , a net, or a weapon that is thrown like a javelin (including a spear, trident, or dart).

This means that a dart is not thrown spinning like a knife, but rather directly (or in a low arc), like a javelin or spear. I suppose this motion could range from that of the modern sport to an overhand (overhead) throw "like a javelin".

Just as modern darts do, medieval military darts have fletching of some kind. A dart just looks like a short arrow with a thicker shaft. (In fact, the arrow is thought to have developed from the dart.)

Being fletched missiles, they fly straight without tumbling, just like an arrow does, though perhaps with a bit of fishtailing immediately after the throw as the fletching cancels any sideways momentum caused by the arm's motion. They don't spin end-over-end unless it broke mid-throw.

There are many types. Most would class as a light javelin and were weighted near the point to give more penetration. Used heavily by Romans as a more ranged weapon alternative to simply carrying two pillae as they could carry 5 of these lighter versions, but didn't work well standing off calvary charges. I have always considered D&D darts to refer to something much shorter, like a heavy crossbow bolt, but designed to be thrown by pulling them directly from your quiver and throwing them by hand. Thus the varying descriptions and rules as are really two different things.

The shorter variety were a historical weapon used by young, new combatants to attack enemy lines, along with slingers, javelin throwers, and light bow, prior to a pitched battle. Less range than the others, but greater rate of fire and required much less skill when aiming at large targets.

Generally appear to have been similar to crossbow bolts, but maybe with longer and thinner heads and 6 inches or more of handle just past the fletching and thrown overhead, but unlike a dagger , the feathers force it to fly straight and point first. Not great range, but often used in large groups so just throwing up and in the right general direction at a mass of people. I've been told they could get an acceptable max range that way with enough practice, but uncertain how far and Irealize their range with specific targets would be much less. without a machine to give them force and velocity, they drop pretty fast, but they are indeed a rapid fire simple weapon. If light enough one could even throw more than one at a time if targeting a large group.

Try looking up lawn darts for a modern equivalent. If you don't think they look like effective weapons, then try looking up how many people have accidentally killed or severely injured one another with them, without even trying, albeit, not wearing armor at the time. There is a way to toss somewhat longer throwing arrows over 100 meters, but requires a cord to add leverage and essentially sling it, but would greatly reduce rate of fire and would be imparctical for most to try to set the cord while holding a shield.

Important point of interest is that they could easily be fired one handed while holding a shield, so I have been advised by one military historian they were sometimes used as a form of archery for light cavalry in some historical cultures. Trying to recall which, but am thinking the Eastern Roman Empire used them as archery supplement for cavalry, as they could get close enough to launch a volley, then gallop away or on past enemy and repeat.

For Monks specifically, the dart can come in a variety of shapes and sizes. In the Martial Arts section of the PHB, it states:

Certain monasteries use specialized forms of the monk weapons. For example, you might use a club that is two lengths of wood connected by a short chain (called a nunchaku) or a sickle with a shorter, straighter blade (called a kama). Whatever name you use for a monk weapon, you can use the game statistics provided for the weapon in the Weapons section.

While yes, a monk weapon is restricted to short swords and simple (melee) weapons, the idea of modification still applies, especially considering a Shadow Monk is straight-up called a ninja, which would give way for the dart to be flavored into a shuriken or Throwing Star (btw, kunai were garden trows, so they made horrible throwing weapons).

The Shaolin Rope Dart: (remove the rope, though the art form can be duplicated with a grappling hook with ninjas, called a Kaginawa) 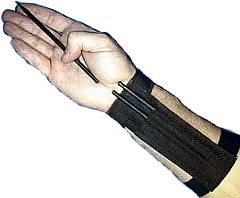 Mini Arrows: This one was a small, thick arrow Ninjas could conceal easy 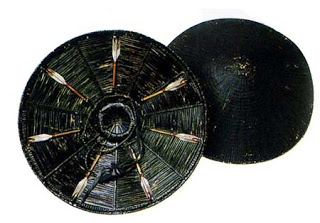 Here is a video showing this hat in action (at the right time code) https://youtu.be/2WB-vkjUcww?t=131

Throwing Stars: These made good impromptu hooks and multi-tools as well! 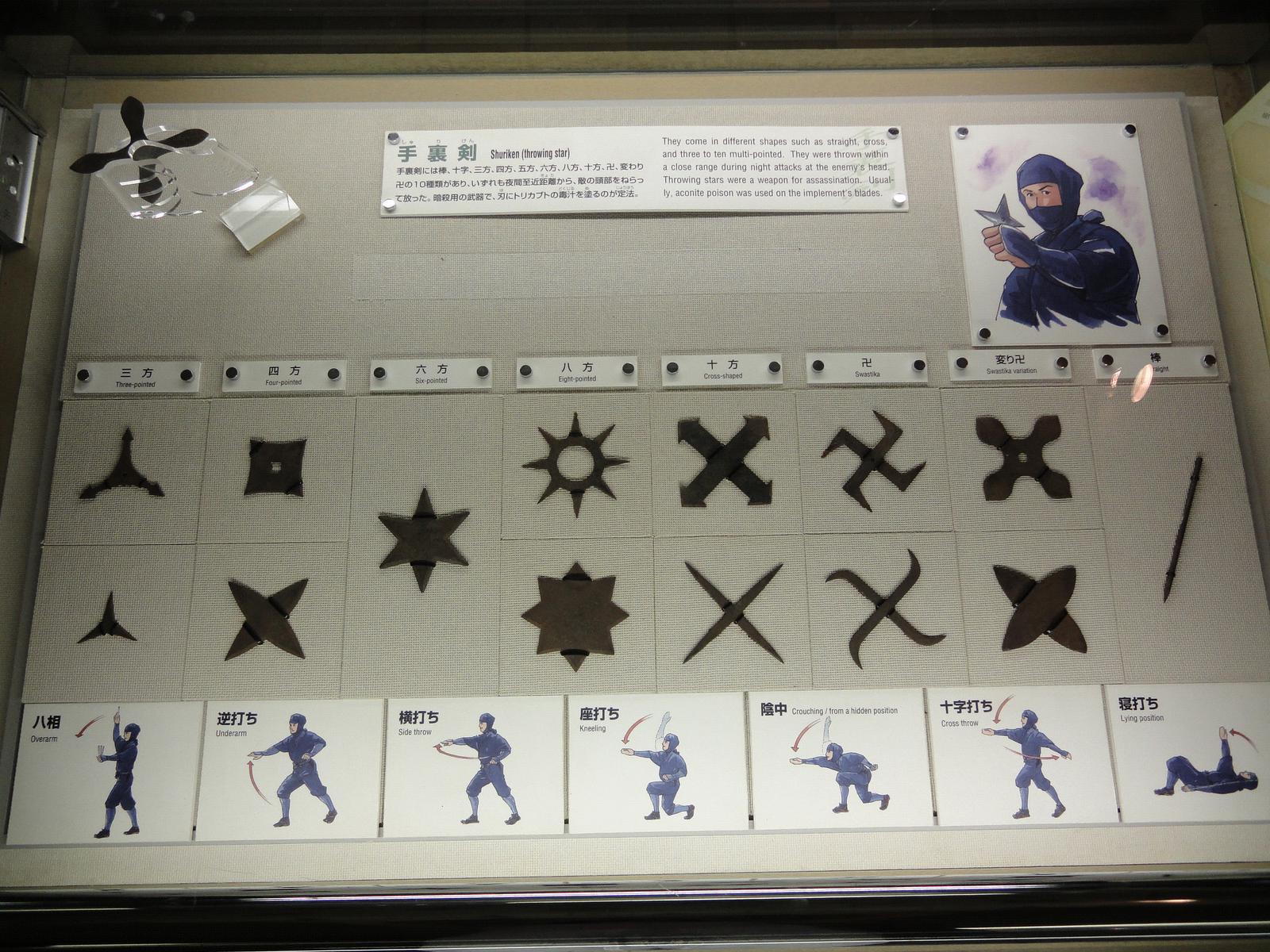 In short, a dart is like a small, guardless dagger in most cases I could find through history regarding Martial Arts, designed mainly to be a weight thrown to your enemy. While some were sharpened, it's better to think of them as "what if a dagger and a club had a baby?"

However, as the PHB says, you are the one who names them and decides what they look like. The only limitation is that its use is Thrown, its range is (20/60), and it deals 1d4 damage.

The closest real world analogue to a DnD 'dart' is a Bo Shuriken, Biao or similar. These weapons were thrown in the modern manner (beer in one hand, beer belly getting in your way, and with some annoying guy shouting "one hundred and eighty").

What we historically call a dart (well, there's lots of things we call a dart), but the things people are referring to that are thrown like a stick grenade are bludgeoning weapons, not piercing, with a weighted tip. These weapons rely on getting them above the opponent and having grvity do the work. Realistically, this sort of weapon would be almost unusable underwater, and any DnD representation of this sort of weapon would have disadvantage underwater.

The DnD weapon referred to as a dart is piercing weapon, and are thrown similar to a javelin, as described in the underwater combat rules. This may not be what you think of as a dart, so if your group is likely to be bothered by issues, I would recommend either changing the name of the weapon to Bo Shuriken. And/or to create a new weapon, based on the 'stick grenade' style darts, which would deal bludgeoning damage, have disadvantage underwater, have a higher range than the Bo Shuriken, and weigh more.

Alternatively, just accept that the game is not 100% historically accurate.

Not the answer you're looking for? Browse other questions tagged dnd-5e weapons or ask your own question.

12
Are Darts sold separately?
9
What are the mechanics of using a dart as a melee weapon?

9
How much movement does a monk need to run up and stand on top of a 50-foot wall?
9
What are the mechanics of using a dart as a melee weapon?
14
What are the limitations of Gloves of Missile Snaring?
14
How far can a 9th level monk move along a vertical surfaces and across liquids without falling?
32
Are Improvised Weapons used in melee actually melee weapons?
2
Does a monk need to physically touch a creature before using Tongue of the Sun and Moon?
9
What is the longest distance a 13th-level monk can jump while attacking on the same turn?
12
Are Darts sold separately?
6
Does a monk get martial arts die damage on improvised thrown monk weapons?