How are statistics determined for an awakened animal?

Is there a stat block in any official text—including Dragon and Dungeon magazines—for a creature that's been the target of the 5th-level Drd spell awaken [trans] (PH 202)?

What are the rules for an awakened creature's extra Hit Dice? 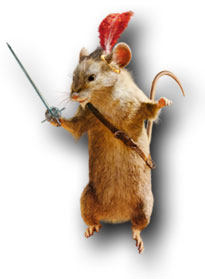 Applying as best I can the rules for Increasing Hit Dice, the differences are pronounced.

Is there a correct way to determine an awakened creature's statistics?

As for the first part of your question, I know of none, but I know very little outside the rules.

As for the second question,

An awakened animal retains all Animal features, features being a game term that encompasses HD, BAB and Saves.

Looking at Augmented, we get

A creature with the augmented subtype usually has the traits of its current type, but the features of its original type.

Since awaken does not specify differently, an awakened animal is a "usual" Magical Beast (Augmented Animal), meaning it has the Features of an Animal paired with the traits of a Magical Beast.

Features
An animal has the following features (unless otherwise noted in a creature’s entry).

Traits
A magical beast possesses the following traits (unless otherwise noted in a creature’s entry).

Note that by RAW, the replacement of the Animal traits with that of a Magical Beast means that animal loses proficiency with all armor, even if it was war-trained prior to its awakening.

Not the answer you're looking for? Browse other questions tagged dnd-3.5e spells animals .

4
How do Polymorph and Awaken interact?

3
If an awakened animal dies and then reincarnates, can she talk in her new body?
4
how to balance a character with the half-ogre template (or the party)
2
Awakened Animal Hit Dice Question
8
Speak with Animals vs augmented animal type
5
Awakened animals and class levels
4
How do Polymorph and Awaken interact?
7
How do awakened trees generally behave, according to lore?
1
What are the stats of spider constructs created by the spell "Stone Spiders"?
13
Does an Awakened beast count as "created" for the purpose of a Shepherd Druid's "Mighty Summoner"
4
Is the megaraptor's Fortitude saving throw correct?