How can I convert poisons in the DMG to level appropriate class abilities?

I've just about finished up a Pharmacist class, which uses "recipes" instead of spells. (The recipes create short term use items)

However, I'm stuck on one last step regarding the poisons. For the list of poisons in the DMG, how can I best decide which "spell level" (i.e. recipe level) to assign to each posion. For the magic items, I can use the rarity to randomly distribute them into groups based on how it feels and the chart of expected player level before receiving those magic items, but for the poisons, I'm not sure how to assign a level to a price.

I've created a table to help explain my problem further? I'm not quite certain which criteria is expected to be used. Once I figure out how to do the poisons with damages, I plan on using the DCs to match poisons which only have condition affects, unless it seems worth moving up or down a level based on how many side effects it has.

Examine the damage by spell level (on DMG page 284), and remember that the character level needed for casting a spell level is one less than double the spell level.

Firstly, I used these two tweets from sage advice to determine that the damage amounts, were in fact intended to be for "multiple targets", since the poison lasts for 10 rounds (1 min) or more. 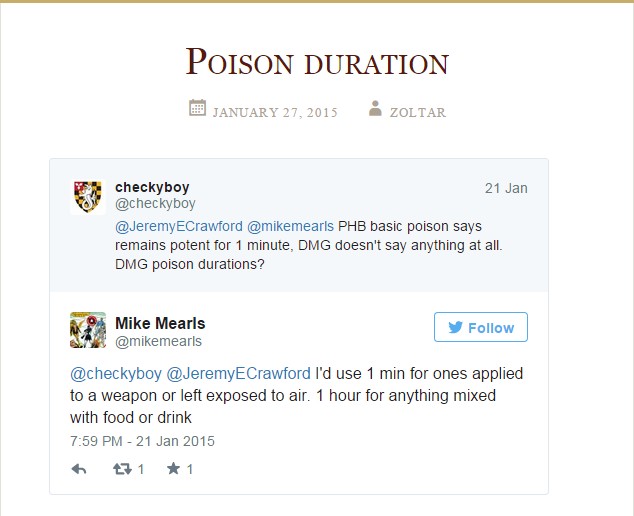 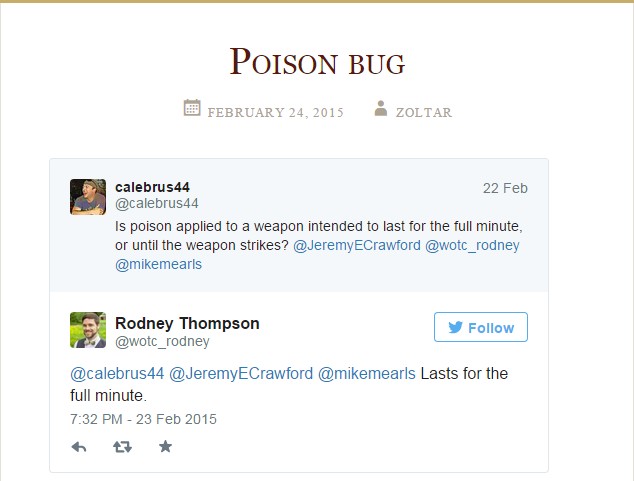 Yet at the same time, only hits one target per round, so it became a sort of range of possible levels. So for example, if I was just handing out the poison in a treasure hoard, I would treat purple worm poison as level 9, but as a class ability it becomes level 7.

After that, I used the DC to find similar matching poisons per level. However, in the end I also took into account what spells were available at each spell level and how many of them there were to determine my final chosen level. I couldn't justify for example purple worm poison to be equivalent as a level 9 spell, when the other level 9 spells or so much more powerful.

Lastly, if the poison came from a monster, I made sure that the spell level was comparible to the CR of the monster, so for example the purple worm has a CR of 15, so the poison ability must come at or above level 15.

This resulted in the following placement for each poison:

Not the answer you're looking for? Browse other questions tagged dnd-5e homebrew or ask your own question.

13
How can I check to make sure my homebrew class is balanced compared to pre-existing classes?

7
What rules are there for deciding what specific items to award when the loot table is unclear?
5
What effect will allowing Spell Storing on Arrows/Bolt have?
30
Is item rarity really tied to how powerful it is?
5
Is it still a binomial distribution when rolling dice with different probabilities that must be met to count a success?
7
Should PCs receive magic equipment or sellable treasure as rewards?
3
What is the rarity of poisons within the DMG?
12
How do I convert the DC of a check from AD&D 2E to 5E?