I'm a big fan of Paizo's GameMastery item cards. I also like GoDeckYourself but I'm wondering if anyone knows of any other software or websites that can be used to make your own Item Cards or Power Cards or some other custom cards? I appreciate any assistance and advice you can provide.

You might try Magic Set Editor. The stock templates are sort of M:tG-oriented, but there are a ton of alternative templates on the download page. For the sake of completeness, I'll note the 4e-oriented Universal Card Set MSE project -- some of the templates there could be useful as well.

Personally, I use OmniGraffle on my Mac to make cards, but it's not free. Inkscape is a great free vector editing program.

The website Power2ool is designed for expressly this purpose, with the ability to import cards from compendium, edit every aspect of them, order them in a 2d space, and print them if you like.

I prototype all the time using this method:

This is super fast and results in cards with a nice hand feel, very easy to use.

One easy way to make cards for various purposes is (if your printer can handle it; most can) to print them directly onto 3x5 index cards. It's pretty easy to set up a Word template. I like to use them for small stat blocks as well. Here's some good generic instructions.

A compact photo printer works great for printing on 3x5 index cards (or smaller). You can just use work or whatever and size your document accordingly. I used it to print out 4e monster cards.

Wandering into the realm of hackery, if you have (or can find) a copy of the old Character Builder (the installed, not the online one), then you can use CBLoader to add whatever custom content you like.

DIY Item cards would appear in the printable character sheets.

I made decks for the characters in my game - fairly closely following the model provided at Ben's RPG Pile. He uses Magic Set Editor and his item cards look like this. Though I borrowed his technique of buying Paizo cards for the backs, I use the templates from Tintagel instead (though he's charging $9.99) You can see my cards in play on the edges of the table here: 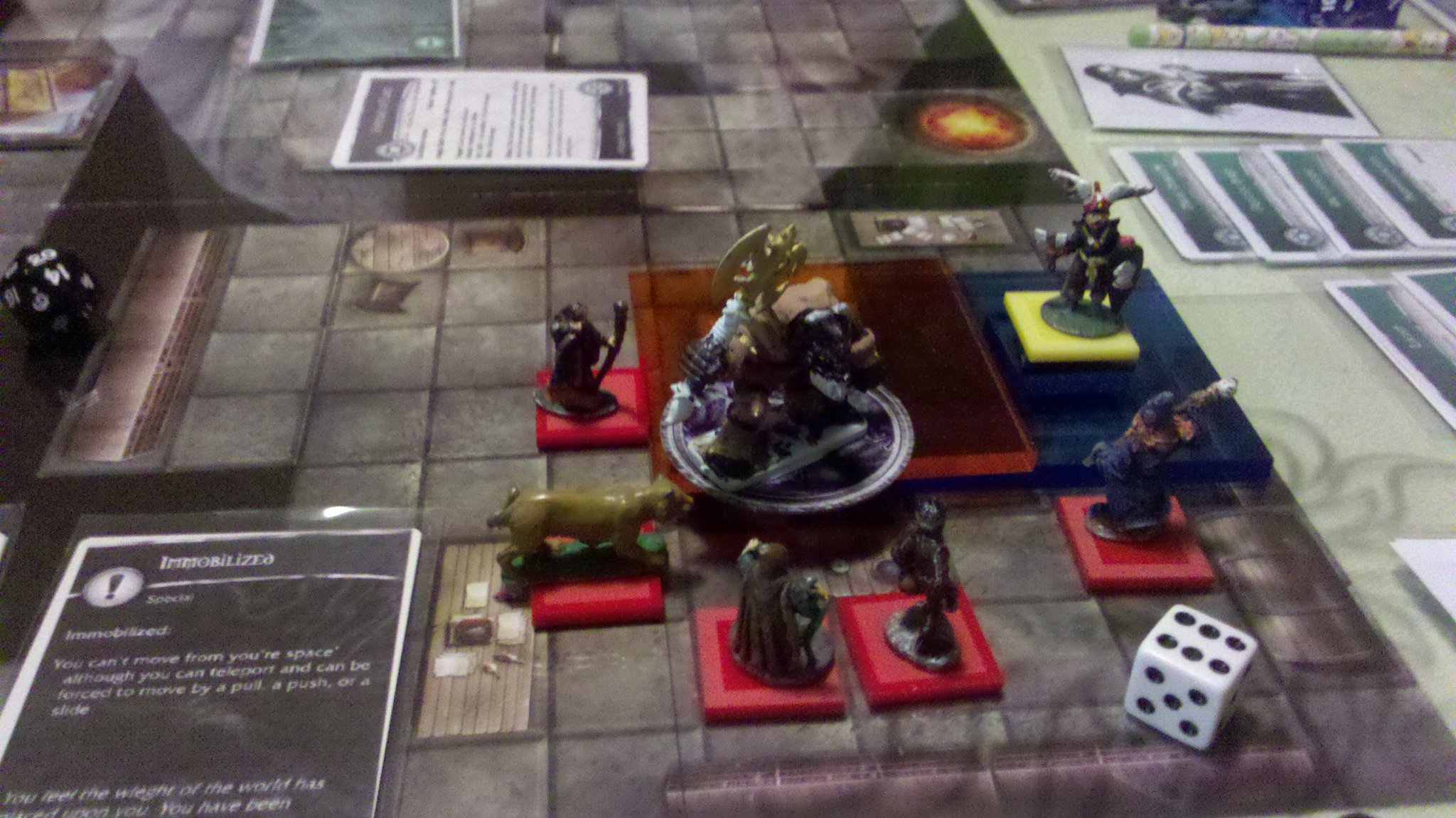 One other difference - they found the quest/plot/character cards (built out of a MtG standard template) too bulky to keep in their character deck boxes. We moved them to collector-card sheets. Each player keeps a binder with those cards: image, flavor, and mini-statblocks arranged however they wish for easy review and updating.

Check out nanDECK. It's a nifty software specifically for laying out decks of cards or sheets of counters using a relatively easy scripting language (and optionally a CSV or Excel file for the card data). The tutorials are easy to follow, and highlight the features well. It's for Windows only, but I've successfully run it under Wine on Linux (though the HtmlText directive's IE-flag doesn't work).

I did create a number of Item Cards (mostly weapons, but I used some for tools too - it depended on the scenario) for a Pulp game I ran.

Here you can see the some of the cards and I did something similar (on a larger scale) for vehicles, too

I used HTML, with a set of nested tables, and just cut the cards after printing them.

The idea was that they would be used during play and replaced as soon as spilled coke, notes, or erasing the marks on the spent bullets made the current one unusable.

Not the answer you're looking for? Browse other questions tagged dnd-4e tools props or ask your own question.

12
Mechanics for implementing Earthdawn magic items in D&D 4e
13
How to introduce item descriptions
5
Unable to use Musical Instrument in Character Builder
5
What is the name of this specific, online DM (4e) tool?
3
How to make grappling hooks a main focus for your character?
21
How many dice fit in the sun?