How long is the initial "training time" to get the first level of a class?

Consider a 0th level character, or a character with existing character levels, multi-classing into a new one.

I think, she needs to go somewhere - to a fighters' school, or to a wizards guild, etc - and need to pass a training. It is highly world-, class- and DM-dependent.

But how long time does it take?

I ask this in the hope, that there is a rule, or at least a hint in a rulebook. What needs to be done to get a new class, it varies, but how long does it take, I think it has (or should have) at least a hint somewhere. I don't know even the magnitude - is it some weeks, or decades?

As per Adeptus's answer, officially and without optional rules, initial training isn't quantified. Further, while level 0 creatures were a thing in previous editions of Dungeons and Dragons, they usually aren't in Dungeons and Dragons, Third Edition and many of its offspring. A creature without racial Hit Dice has a class level, even of commoner.

Below are two options you can use to determine a character's initial training time.

The hard numbers way from the Dungeon Master's Guide

The following times and costs are gleaned from the Dungeon Master's Guide using the optional rules on How PCs Improve (197–8). These rules are deliberately vague, the DMG expecting the DM to compose his own house rules for such training sequences, but I've summarized the DMG's suggested times and costs on the chart below.

Thus, for example, for a human blank slate with no previous class or feats and an Intelligence score of 10 to become a level 1 rogue spends 36 weeks and 1,800 gp to learn his 36 skill ranks, 4 weeks and 200 gp to learn his 2 feats, and with a trainer 1 week and 1,000 gp to gain the class features of a level 1 rogue. The human's finished his training in 41 weeks and paid an awesome 3,000 gp. The time (but not expense) could be reduced by training skills and feats simultaneously.

These rules cause the universe to pump out clerics with ease (low skill points and no spell acquisition) and make wizards extremely rare given the relatively enormous price of acquiring their spells. 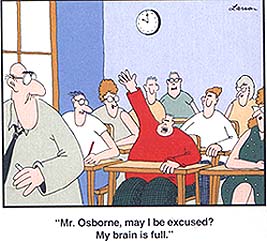 Which is fair enough, I suppose.

The make stuff up way from the Player's Handbook 2

First, a creature goes on a rebuild quest as described in the Player's Handbook II. These are designed for rebuilding existing PCs, so the language below is specific to those creatures.

A quest to rebuild a character should excite and frighten players. It’s an adventure few characters would willingly embark upon and fewer still could survive. To make rebuilding an option at all levels of play, however, the degree of challenge must change according to the PCs’ level.

[An objective the DM determines] represents the final encounter before a character can undergo rebuilding. The PCs might need to embark on a perilous overland journey or a long dungeon crawl to get to this encounter.... Set up the preliminary adventures in whatever way best fits your game and your players’ desires. (199)

However, nothing prevents the DM from saying that a creature, for example a human commoner 1, underwent a rebuild quest before the game began. (Perhaps this is the character's origin story.)

Then, once the rebuilding quest is complete,

[Y]ou can change a number of levels equal to 1/5 his character level (rounded up) from one class to any other class (or classes). (198)

Thus completing that rebuild quest could, for example, replace that human commoner 1's level of commoner with a level of wizard.

As the quest can be of any length, this makes the so-called training time (actually, adventuring time) for acquiring a creature's first level as long as the DM wants it to be.

Going strictly by the rules, it takes a character no longer to reach level 1 in a completely new class than it does to gain a level in a currently known class. Each time you have enough experience for a new level, you can choose from any class that you meet the requirements for. (With most DMs, this will happen overnight.)

Time taken for a level 1 adventurer to gain their first level is reflected by their starting age, which varies depending on class (and race, of course). What age training starts at is not defined, but comparing starting ages of the different classes will give you some idea of the relative complexity of the various classes' training. Starting ages are listed in the PHB page 109, Table 6-4: Random Starting Ages.

If you were going to houserule that learning a new class takes years of training, I think you would find most players choosing to stay with a single class for their entire adventuring career.

19
Do wizards' spells gained per level just appear in their spellbook?

5
When does a character gaining a level in a new class get the features of that class?
9
What is the best way to multiclass Bard and Sorcerer?
14
With the training from the DMG can I receive any feat in any level?
6
When applying a template, which comes first: the template or the first level feat?
7
How long does Weapon Aptitude (Warblade class feature) last?
10
How much time would it take for a PC to train NPCs to get class features?
7
Can a creature with hit die get a prestige class without getting a class level?
4
How to get your first 1d6 sneak attack without class levels?