Can summon spells be used to summon the same specific creatures repeatedly?

When a character casts a summon monster or summon nature’s ally spell, she gets a typical, random creature of the kind she chooses. As a variant in your campaign, you can rule that each spellcaster gets specific, individual creatures rather than just some random one. This variant lets players feel more ownership over the creatures that their characters summon, but it entails some special problems, so don’t allow it without considering it carefully. (37)

The text then devotes another 500 words to this variant, the reproduction of all of which probably breaks some laws. Suffice it to say, it's complicated, but it has the advantage of being officially optional if that's a meaningful bar for your group.

Summon Monster allows you to choose which kind of creature, not the specific member of that kind. Lesser Planar Ally, however, does.

You choose which kind of creature to summon, and you can change that choice each time you cast the spell.

If you know an individual creature’s name, you may request that individual by speaking the name during the spell (though you might get a different creature anyway).

In the Spirit of Roleplaying

Would it be unreasonable for a DM to allow you to summon the same creature over and over? Probably not so unreasonable; however, that creature may get tired of being summoned by the same person over and over without being tributed in some fashion.

One thing you wouldn't want your summoned creature to think is: 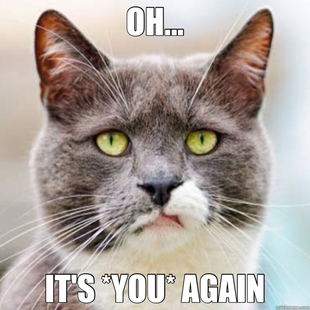 7
Can I re-summon an instance of a creature which has previously died within 24 hours?

9
Celestial Commander Summoned Monsters
3
Summoned Sun Creatures?
10
Can a Summon spell power a Reserve feat?
7
Can I re-summon an instance of a creature which has previously died within 24 hours?
2
How many templates can be applied to a summoned creature(s)?
3
What elementals can I summon with Summon Monster?
3
What's the proper environment for a Land Shark? (Cthonic template summon monster shark)
12
Can Mage Hand be used to scribe the circle of blood used in the Summon Lesser Demons and Summon Greater Demon spells?
4
What creatures can you summon with Summon Greater Demon?
2
What Traits are determined by the Summon Aberration Spell?