When does a monk have proficiency with deflected missiles?

Addendum; maybe it could be a monk gets proficiency and the ability to throw whatever by using a ki point? I'm just trying to make a bit more sense of it.

... If you reduce the damage to 0, you can catch the missile if it is small enough for you to hold in one hand and you have at least one hand free. If you catch a missile in this way, you can spend 1 ki point to make a ranged attack with the weapon or piece of ammunition you just caught, as part of the same reaction. You make this attack with proficiency, regardless of your weapon proficiencies, and the missile counts as a monk weapon for the attack.

This isn't weird at all considering you use:

So it's like you're catching the missile and using its momentum to throw it back in one swift action (or Reaction, excuse me). It's this skill that the Monk is proficient with.

For all other circumstances, the Monk is not automatically proficient with the Missile

This would fall on the Improvised Weapons rules in the PHB page 147:

... In many cases, an improvised weapon is similar to an actual weapon and can be treated as such. For example, a table leg is akin to a club. At your DM's option, a character proficient with a weapon can use a similar object as if it were that weapon and use his or her proficiency bonus.

You could argue that Arrows are akin to a Dart, which the Monk is proficient with but, looking at the Darts typically used in medieval times: 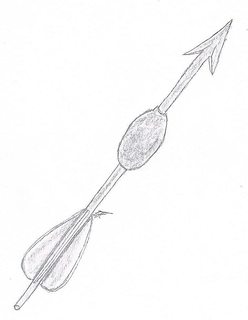 It does resemble an Arrow but with the most important distinction of being weighted for throwing (see that metal in the middle?). A normal Arrow just wouldn't be balanced enough to warrant throwing hence the need to spend a ki point to throw it after catching it ;)

Thanks, SevenSidedDie, for providing a legal image.

Not the answer you're looking for? Browse other questions tagged dnd-5e monk proficiency or ask your own question.

5
Does an Underground Chemist/Far Strike Monk using ki to increase base damage of a hybridized flask increase both dice?
3
How many attacks does an Unchained Monk in Unchained Action Economy with Flurry of Blows have at 10th level?
10
Is this homebrew “Throwing Weapons Master” feat balanced?
10
Could a monk “deflect” (catch and throw) a net?
7
How balanced is this homebrew flavor modification to the Kensei Monk subclass?
31
How do I run a game when my PCs have different approaches to combat?
10
Is this Monk Archetype, Way of the Defender, balanced?
9
Deflect Missiles against unusual projectiles?