Can you safely wear animated armor?

Assume a team of my players defeated an Animated Armor, which broke apart. One of the players states that if it is armor, than he can take it and use it. DM decided that the armor is damaged and useless.

But what would happen if someone decided to wear animated armor when it is completed, for example in the anti-magic field, where armor cannot move?

Should I use grappling rules? Or take inspiration from the Rug of Smothering? The second one is not fitting well, because armor cannot smother anyone. Maybe assume that rest of the group has to defeat the armor and their friend will drop as a loot? :P

Would wearing animated armor be safe? (Animated Armor or Helmed Horror, I assume they work the same). Looking at the pictures from the 3rd and 5th edition Monster Manuals, they have got some kind of magic-field inside of them, wouldn't it harm the wearer? 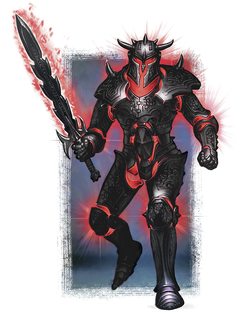 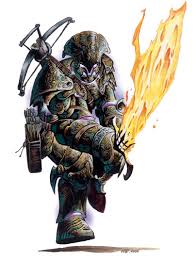 I know there is a similar question here: Animated Armor Trap (points 3 and 4 helped me a lot), but I do not want to make an intelligent armor which traps user, but just get any information on if it would be safe to wear such armor. For example a warrior, which collapses, but his armor is still fighting. Or a bad black knight which terrorizes the area seems to be a kid which found some animated armor.

There are no rules that allow this, but the DM might allow you to loot a defeated suit or wear an active one with roleplaying consequences.

Note: in 5e the Helmed Horror seems to be a superior, but mostly identical, version of the Animated Armor as referenced by name in the Helmed Horror's entry (MM p.183). After defeat the armor MIGHT be recoverable, as per MM p.15:

You can equip monsters with additional gear and trinkets however you like, using the equipment chapter of the Player's Handbook for inspiration, and you decide how much of a monster's equipment is recoverable after the creature is slain and whether any of that equipment is still usable. A battered suit of armor made for a monster is rarely usable by someone else, for instance.

Can I wear a suit of Animated Armor?

A suit of Animated Armor is a monster, not an item. Being inside of a monster is frequently the result of being the victim of Swallow Whole, which is not a good thing. And while the Animated Armor is described as being an "empty steel shell" in its entry, the Helmed Horror has got some magical red energy going on. Neither entry describes if you can remove the armor either. While there have been monsters in the history of D&D that improve a host's capabilities when bonding with them, the Animated Armor of 5e is not one of them. So by RAW the answer is No.

However, a player wearing a suit of animated armor might prove to be a fantastic roleplaying oppertunity. Given that the suit and the wearer are not at odds, having a conflict between the will of the user and the orders of the suit can make for some great roleplaying. Perhaps the wearer of the suit is a condemned criminal who was sentenced to wear the suit under the orders of a wizard lord and has to make amends for his crimes? Maybe the suit was send out to find someone or something, and a hapless adventurer put it on and now the wearer has to carry out some objective that does not clash all that much with the suit? This can all be really fun, but you will have to talk this over with your DM (preferably out of game) before you do this.

Only by disenchanting it

Animated objects that are reduced to 0hp become normal but completely broken versions, (MM, p. 19) and this can probably be extrapolated to the Helmed Horror as well, it being described as a more advanced form of animated object. To be able to use the armour, you'd have to remove the enchantment that makes it an animated creature without doing it damage.

Putting it into an antimagic field may or may not help to disenchant the armour non-destructively, depending on your DM. Normally an antimagic field only suppresses magical creatures/items, which is useful here, but what happens if you alter the armour while its animated essence is suppressed is not explicitly made clear. Your DM would have to make a ruling on how the interaction between the field, the enchantment, and the “living” status of the creature would work in such details not covered by the game. (Personally, I would feel comfortable ruling that suppressing the enchantment, dismembering it, then removing the field would be enough to kill an animated creature / destroy the magic of a magic item, but your DM may envision the enchantment — which is not defined anywhere — as working differently, perhaps able to reconstitute itself as soon as the field is removed and the armour is reassembled. Ask your DM.)

If I were to craft enchanted wardens out of full paltes, I'd sure make them really hard for the guys who broke them (which are probably enemies going against my interests) to benefit from them.

Turning the suits into iron maidens is what I'd probably do.

That said, since the rules fall silent on the matter (as per the other answers), be sure to have whatever can be reused after the creature dies being part of the treasure for the encounter, as not to unbalance the wealth system.

As for wearing the armor while it's animated, the suits are empty. Whether this can be done or not depends from the will of the armor (or whoever controls it), since the rules say nothing about damaging effets I'd rule the red/blue/while light caused my the animating magic to be harmless.

Putting on a suit of armour would require you to take it apart first, and then put it on bit by bit with all the harness. Even if I didn't know this from personal experience it's pretty clear.

Disassembling a suit of Animated Armour or a Helmed Horror would be the same as disassembling any other monster, normally requiring violence. It would not survive the process. Whether what it was made of would be usable as armour after it was killed is up to the DM.

According to the stat block for Animated Armor its Armor class is 18 and it is natural armor.
That infers that it is indeed Plate Armor that has been magically animated with a version of the Animate Objects spell that has a similar formula as a Magic Mouth spell which allows it to stay active until defeated.
It’s False Appearance ability only functions when it is still because until it moves it looks like what it is. Plate Armor.
If you beat the armor up enough you force the magic that held it together and animated it out of it by exhausting its magic will.
While yes, you can beat the armor up quite a bit as you fight it to the point it is not readily useable, someone with the mend cantrip should be able to repair the individual plates, straps and buckles. It cost them nothing but some time to do this.

I’ll have to look more closely at the Helmed Horror to see what the differences are.

Tim HernandezTim Hernandez
1911 bronze badge
\$\endgroup\$
2
Add a comment  |
0
\$\begingroup\$
Want to improve this post? Provide detailed answers to this question, including citations and an explanation of why your answer is correct. Answers without enough detail may be edited or deleted.

Typically no, but in games I've played we allowed it by having both the wearer and the armour two separate beings with different personalities, and at the beginning of an action rolling a dice for synergy, we also had there be a strength buff to Melee if a certain certain synergy roll was reached or exceeded.

Short answer; Yes and no

Helmed horror is right out, the red magic looks deadly and will probably melt you.

Animated armour on the other hand is just an empty shell, so should be wearable with a few big Ifs.

IS IT ACTUAL ARMOUR? If it is made for the sole purpose of being a mini golem, why would you make it with weak leather straps holding the front and back plates together when you could make it a solid chest piece? As such if it is made for guard purposes it is probably impossible to put on as it would be all solid pieces that don't open up.

So assuming they made it out of literal armour here is the second hangup; as far as i understand, to defeat animated armour means to beat up the armour until its broke and therefore useless (monster manual page 19)(I mean its only armour so that can be the only thing you can damage).

Therefore you must incapacitate it some other way (antimagic field or maybe a grapple), from there once you are inside the armour and it turns back on you are fighting against it. Every move you make will be against the strength of the armour holding you back. I would rule this by taking your strength score and speed, subtract the armours strength and speed, there is your new strength and speed. Probably a 2 or 3, and so its useless!

So the only option is to be the master of the armour you are wearing, and give it orders. As far as that goes i have no idea! maybe you can use it to assist your own physical abilities giving you a fat +3 to rolls or something. Or you could use it to fight for you if you were incapacitated and it would autopilot for you (say you were blinded or put to sleep, etc) As far as damage goes I would probably run it as you and the armour have separate HP and you both take half of the damage each. (unless its immune, then you take it all)

I just let my players do it, to be honest, since they'd specifically provoked the armour so they could defeat and take it. What I said, basically, is that the armour is too battered to be used as it is, or fully fixed, and suggested that with smith's tools (DC15) it could either be turned into slightly weaker armour (plate into half plate, chain into chain shirt, though I'm not too sure about other kinds of armour) or used to enhance other existing light or medium armour (+10 lbs per +1 AC, max +3), and also the armour would have a trait I named Still Kicking (Traces of the magic used to animate this armour still linger. As a reaction, once per long rest, you can impose disadvantage on an attack roll made against you. If you do so, you cannot add your dexterity bonus to your armour class.) and suggested that the armour would not work if used against whoever animated it. I don't really know how balanced this would be, so feel free to make suggestions or your own changes!

Not the answer you're looking for? Browse other questions tagged dnd-5e monsters armor animated-objects or ask your own question.

7
How can I make a Animated Armor Trap?