What, broadly, are the differences between PHB printings?

Reading an answer to Multiclass Nonweapon Proficiency in AD&D Second Edition I realized that my PHB2e's Table 34 was more than twenty pages away from @mxyzplk's Table 34. What am I missing? (Literally!)

What, broadly, are the revisions made to the PHB2e? I.e., what am I missing in mine?

How many revisions were there, and how are they distinguished?

There are three printings.

The original one, published in 1989, with the full bleed art cover. 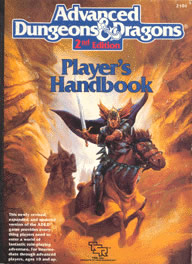 The second printing was published in 1995 and had the black spine and cover with inset art. It was not different in any major respect, except for having some (not all) of the extant errata incorporated, it was primarily new art/new design (worse on both counts IMO). 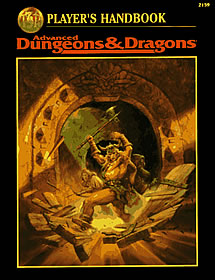 There is a third printing that just came out in 2013 as part of WotC's reprinting old D&D products with a green cover. An Amazon reviewer notes:

I checked the errata for the older printings against the reprint and found that the major issues like the spells left out had been corrected but other things had not. Most of them were minor. I did find that a table showing animal carrying capacity, which was wrong before, had been corrected incorrectly. 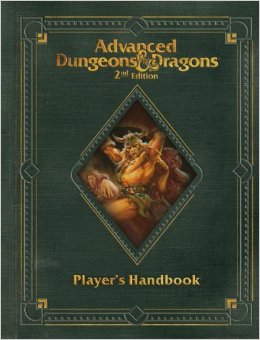