Was the Ravnos antediluvian a wight? 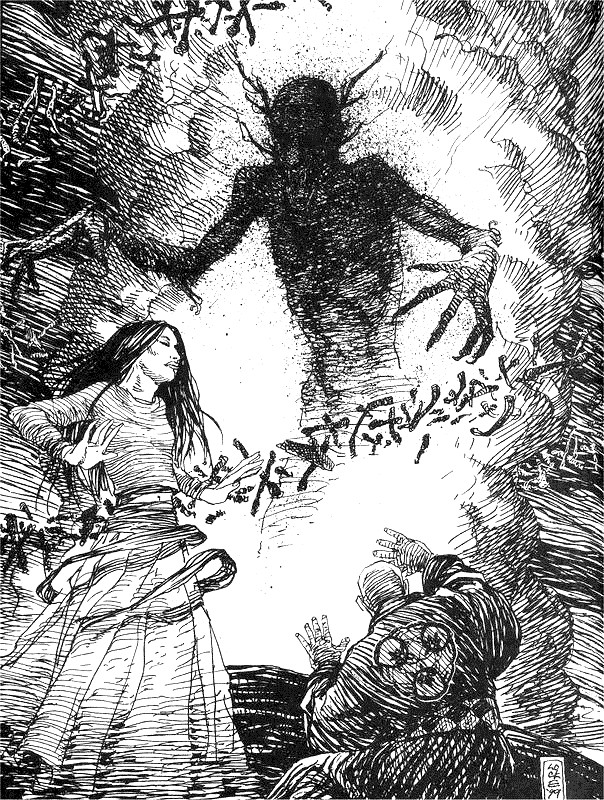 Yes, he is that black thing. Not really beautiful.

He woke up in 1999, and after a terrible rampage — during which he destroyed his own children first — he was destroyed by the Kuei-Jin and the Technocracy. The exact details of the story can be read here.

Considering this image and the story:

Considering these, I have a strong impression that the Ravnos antediluvian was a wight. I think it is probably an undecidable question (which is also an acceptable answer), but is there any reference in the White Wolf Canon which proves or disproves it?

There's no in-canon reference for either, however I think there are strong points for Zapathasura to not be a wight.

First, a breakdown of the history before Zapathasura awakened:

Zapathasura awakes because thousands of his children have died (for humans probably equivalent to a massive cluster headache). Its bloodline is in danger of extinction.

This leads to the second part: the Week of Nightmares (see the "Time of Thin Blood"), summarized below:

Sidenote: we're talking about an Antedeluvian, walking plot devices... We're ants compared to a being of that level.

Not the answer you're looking for? Browse other questions tagged world-of-darkness vampire-the-masquerade lore .

13
How do I handle a character bent on diablerie of an Antediluvian?

2
Can a Kindred Revenant breed with a Kuei-jin Dhamphyr?
4
How would a blood bound Wight behave?
9
How did Baba Yaga not become a Wight with a Humanity of 0?
7
What are the stats of a vampire who was just embraced?
9
Who, how and when created the combo Disciplines?
2
When did the first Mass Embrace mentioned in the source books or other official materials take place?
11
Why was Tremere unable to become immortal as a mage?
13
How do I handle a character bent on diablerie of an Antediluvian?
11
Would a vampire "Kingpin" be tolerated by the Camarilla?
11
Would a nuclear weapon be morbidly efficient against an Antediluvian?