Why doesn't the Vampire City character sheet have “Hubris” or “Dark Gifts” traits?

I'm trying to create a character for Vampire City but the character sheet doesn't have room for "Hubris" nor "Dark Gifts", which you have to define on Steps Five and Six.

"Hubris" is the character flaw, that can be played against him for drama. "Dark Gifts" are the vampiric powers. Both are explained in the book, but doesn't appear on the character sheet. And I'd say that as Hubris importance could be debatable, dark gifts are essential.

I attach a couple of images illustrating the point.

This is from the index of Vampire City, on Predator and Prey (character creation) chapter, as found on DriveThruRPG preview. 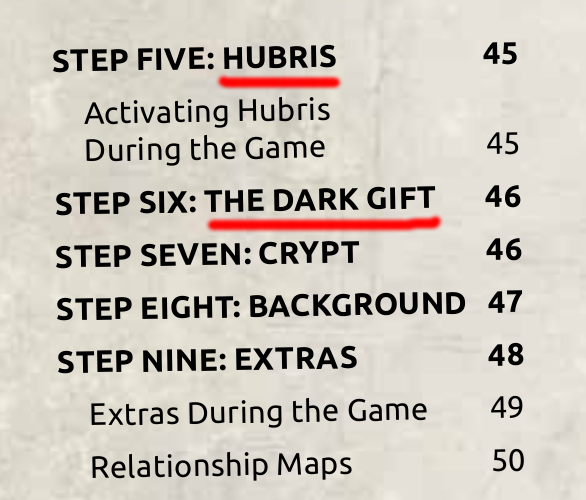 And this is a screenshot of the character sheet linked before: 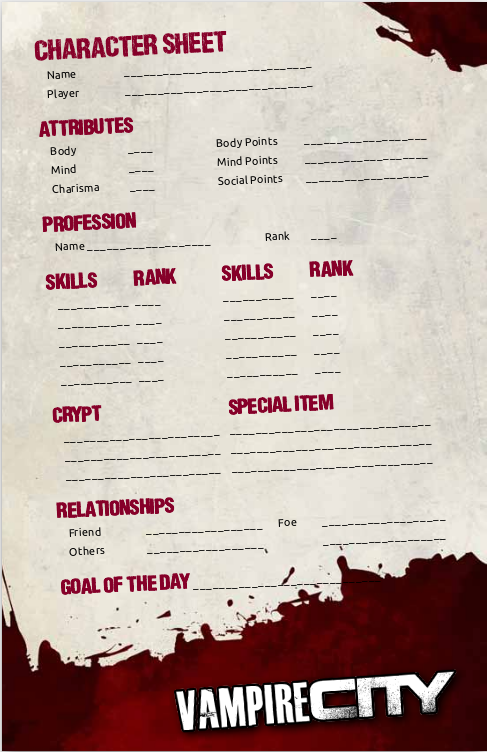