Can you cast a spell with a duration of instantaneous inside a antimagic field? 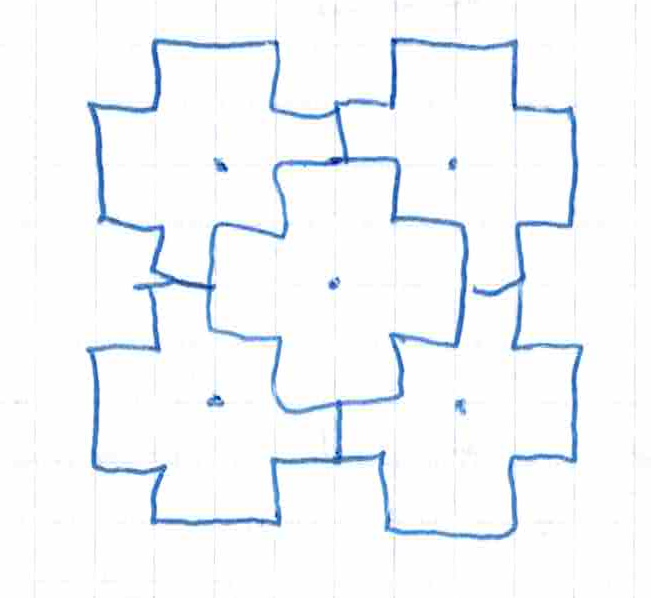 From the text of Antimagic Field:

The space within this barrier is impervious to most magical effects, including spells, spell-like abilities, and supernatural abilities. It prevents the functioning of any magic items or spells within its confines.

From the text of Mage's Disjunction:

All magical effects and magic items within the radius of the spell, except for those that you carry or touch, are disjoined.

You also have a 1% chance per caster level of destroying an antimagic field. If the antimagic field survives the disjunction, no items within it are disjoined.

The wording leaves room for ambiguity, the following is my interpretation:

The Rules Compendium on Antimagic says

Thus, as per the illustration, when a caster enters one of those antimagic fields and casts the 9th-level Sor/Wiz spell Mordenkainen's disjunction [abjur] (PH 255), that caster picks the disjunction spell's point of origin. If he picks as the spell's point of origin a grid intersection covered by an antimagic field, the disjunction spell will fail. If the caster picks a grid intersection in the midst of the prismatic sphere, the spell will also fail as the caster lacks both line of sight and line of effect beyond the sphere.

The Range: Close of the spell Mordenkainen's disjunction means the caster's far better off picking as the point of origin for the disjunction a grid intersection above this excessively complicated, high-powered, volatile concentration of overlapping spell areas and seeing if the disjunction's 40-ft.-radius burst takes out any of the antimagic fields (1% per caster level) in addition to dispelling the prismatic sphere.

...But the Dungeon Master's Guide strongly implies that spells can't be cast spells in an area of antimagic

No supernatural ability, spell-like ability, or spell works in an area of antimagic (but extraordinary abilities still work). (290)

Lawyering the word works here becomes the issue,2 but later authors and editors likely believed this line (and, presumably, other evidence or house rules or whatever) significant enough to engender the creation of...

Avoid problems by not using areas of antimagic

Thus, while picking either of the above readings (or developing another) is a solution if a campaign must incorporate areas of antimagic, I suggest not using areas of antimagic at all. Almost any discussion will lead to an argument and, usually, less fun for someone. It's an effect that makes no one happy, and almost any campaign is better off without it.4

1 The Rules Compendium on Out of Sight? No Problem! says, "For ranged attacks and other effects that originate from a creature, the point of origin is any corner of any square that the creature occupies" (80).
2 The Rules Compendium also says, "No supernatural ability or spell-like ability works in an antimagic area" (as does DMG 90). Then, immediately after, the RC adds, "Their effects are affected like spells" (11). This is singularly unhelpful.
3 Noteworthy in predating the Rules Compendium and citing the Third Edition FAQ that apparently said antimagic field does (or, that is, did), in fact, block line of effect.
4 Beholders can do other things with their central eyes.

An invisible barrier surrounds you and moves with you. The space within this barrier is impervious to most magical effects, including spells, spell-like abilities, and supernatural abilities. Likewise, it prevents the functioning of any magic items or spells within its confines.

An antimagic field suppresses any spell or magical effect used within, brought into, or cast into the area, but does not dispel it. Time spent within an antimagic field counts against the suppressed spell’s duration.

Summoned creatures of any type and incorporeal undead wink out if they enter an antimagic field. They reappear in the same spot once the field goes away.

A lot of people think that Antimagic Field stops spells being cast inside it - this is actually untrue.

What it actually does is suppress the effects and 'functioning' of magic items and spells that are inside the area of the field - whether they were cast within it or cast outside and entered it.

The space within this barrier is impervious to most magical effects

This is read to mean that spells cannot be cast or have any effect inside the field, instead of being suppressed. However, a spell effect is not the spell itself - this is spelled out in the 'Magic' chapter of the 3.5e PHB. Similarly, 'effect' is used consistently throughout 3.5e to refer to the effects, often the continuing effect, of a spell or ability.

Ergo, the most logical reading under RAW is that while you can cast spells inside an antimagic field, the effects of those spells are suppressed. So you could, for example, cast Summon Monster and summon a monster outside the area of the antimagic field.

Or cast Dispel Magic aimed at a person, magic item, or area outside the antimagic field (note that if the area overlapped with the antimagic field, the spell's ENTIRE effect would not work - not just the bit overlapping the field).

Antimagic Field does not break line of effect under this reading of what 'impervious' means in that context. Ergo, in the above example, someone outside the antimagic fields could aim a mordenkainen's disjunction at the prismatic sphere. Assuming the MDJ failed to shatter the AMF, though, the question becomes whether or not the prismatic sphere's 'stops all spells' ability would interact with the fact that the MDJ's 'effect' was suppressed by the AMF at the point the MDJ reached it. Would the MDJ's normal exception to the Prismatic Sphere's stop spells/effects effect, work while it was suppressed by the AMF (the point at which it makes contact)? Given the prismatic sphere stops the AMF at it's border, is there a moment where the MDJ stops being suppressed and then has it's effect of destroying the sphere?

That's purely a GM call at that point, as it's too much of an edge case.