If I am a Wizard, with no levels of Cleric, and I gain a domain power (through a prestige class1) that Turns X-Creatures as a Cleric Turns Undead; does my arcane caster level equal Cleric levels for that purpose?

Spider Domain: Rebuke or command spiders as an evil cleric rebukes or commands undead. You can use this abilities a number of times per day equal to 3 + your Cha modifier.

Cleric level seems important due to the following table: 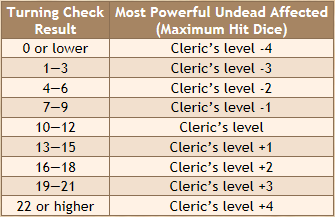 If I have no "cleric level" is the Rebuke or Command Spiders essentially doomed as ineffective?

Although earthshaker predates Complete Divine, that version of the arachnomancer was released long after Complete Divine.1 Both, however, seem to follow similarly the Complete Divine's vague rules on Extra Domains which, in part, says

If a noncleric enters a prestige class that allows access to a domain, the character still gains access to the domain. She can use the granted power bestowed by the domain normally. (20)

Complete Divine, of course, doesn't actually say what normally means here, but, apparently, based on the anecdotal evidence from the above two classes, the game takes normally to mean here that the creature treats its levels in the prestige class as cleric levels, combining with nothing unless the text indicates otherwise. Which, let me say again, is terrible.

Negotiate with the DM

I suggest asking the DM to allow the arachnomancer to rebuke spiders like an evil cleric of twice the creature's arachnomancer level. While that's still terrible, it does sort incentivize staying in arachnomancer, because it (ahem) bugs some DMs when players have a bunch of a different classes on their character sheets. Creatures likely enter earthshaker too late for this quick-and-dirty fix to do any good, and thrice (maximum 20th) earthshaker level might be overreaching, but it couldn't hurt to ask.

1 The original arachnomancer was, confusingly enough, introduced in Underdark, an early but still 3.5 product.

Unless you have some trait which says otherwise, caster levels do not stack with cleric levels for the purpose of turning. However, most classes which turn like a cleric use that class's levels instead of cleric levels, and all "turning class" levels stack. (Though as far as I know, it's still an open question how e.g. a spider turning class stacks with an undead turning class).

To answer your second question, if you only have one level in a turning class, you aren't likely to do a lot of turning. Those turn attempts aren't useless though; you could use them to power various other options. Complete Divine is probably the best source for non-standard things to do with your turn attempts. Remember to look at Night Sticks if you start to run out.

Not the answer you're looking for? Browse other questions tagged dnd-3.5e class-feature cleric wizard or ask your own question.

5
How many Hit Dice of undead creatures are destroyed with turn undead?