Where can I find an image or a description of the Netherese coat of arms? I have looked in several supplements (2nd edition Netheril: Empire of Magic, 3rd edition Forgotten Realms Campaign Setting, 3.5 edition Lost Empires of Faerûn), but no sign of it.

There is no record of Netheril having had a coat of arms in published material. I've checked every TSR Forgotten Realms book available to me (I believe all that were published are in my possession), and both of the 3rd Edition books you mentioned.

That being said, I did find one candidate. There is an illustration on p.64 of Netheril: Empire of Magic that displays what appears to be a mage's robes, bearing a floating rock with a stylized city on top, the rock seemingly suspended in lightning or some other energy. This would be a great candidate to represent Netheril at the peak of its power (think about it--if you are the only nation with floating cities, why wouldn't you use that as your branding?).

Here is the snipped image: 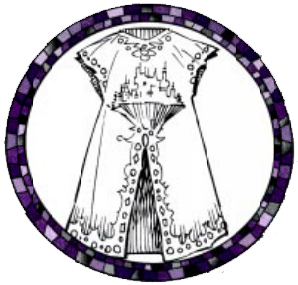 Not the answer you're looking for? Browse other questions tagged forgotten-realms lore .

10
Did Kelemvor lose the death domain to Myrkul?
7
To what domains does Iyachtu Xvim grant access?
5
Are there published books within the Forgotten Realms?
28
What does Menzoberranzan look like?
9
What was the first published appearance of the Holy Avenger (or Holy Sword, or similar "holy" weapons meant for paladins) in the Forgotten Realms?
6
Are "sambar" (electrum) coins minted and used in Waterdeep?
7
What are the mists of Ravenloft
17
Who (or what) created the atropal?