The best damaging Wizard cantrip2 (Firebolt) does 1d10 damage at the beginning. Compare this to 1d8+3 of a Rapier. This is a 36% advantage, with Duelist this goes up to 72%. On level 4 the gap is increased again, as the ASI provides a hit bonus to both, but a damage bonus to weapons only.
At level 5 both values double, so the relative difference does not change.
At level 11 both the Wizard and the Fighter get a 50% improvement, it is more complicated for Paladins and Rangers, but the ratio remains about the same.
From level 20, Firebolt does 4d10 damage, that is 22 on average, while a Rapier in the hands of a Duelist Fighter is 4x(1d8+5+2)=46 damage, more than double. 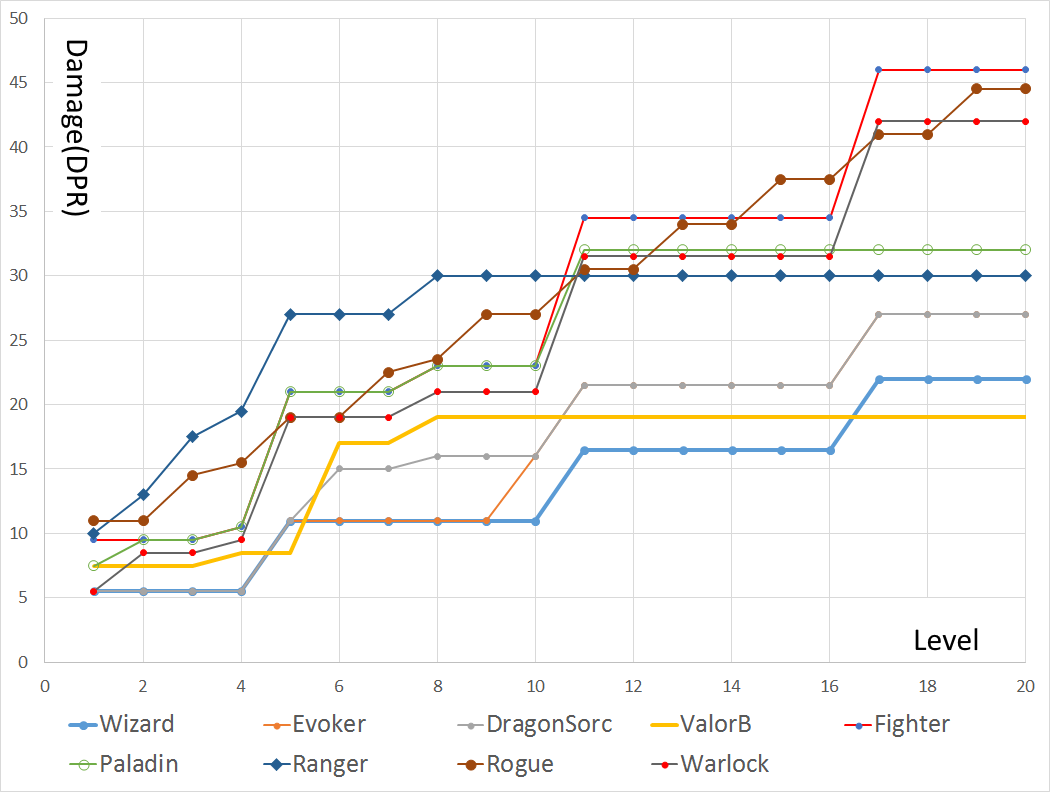 Not the answer you're looking for? Browse other questions tagged dnd-5e weapons optimization damage cantrips or ask your own question.

102
What are the most and least-resisted damage types?
60
Are Imps incapable of speech or is my DM messing with me?
53
What are the downsides to multi-classing?
67
Is the old “Linear Fighters Quadratic Wizards” problem still around in 5e Basic?
13
Is this house-rule removing the increased effect of cantrips at higher character levels balanced?
26
Are there viable crossbow-using builds without Crossbow Expert?
25
What is a good way to challenge a Warlock with the Agonizing Blast invocation?
37
How important is it for a spellcaster to increase primary ability scores quickly to 20 to remain at “party level”?
12
Should a high elf wizard use weapons instead of cantrips?
16
What are the most important things magic items do for the players into higher levels of the campaign?
See more linked questions