This is a follow up question to Can I make a skeleton from a zombie?

In D&D 5e, there are very few ways to get a permanent necrotic follower. Usually you have to reassert control over them. Finger of death, I think, is the only way to get a permanent undead follower, but I am pretty sure that only applies to zombies, as cited below.

I am interested in the exhaustion immunity of skeletons, and enjoy their appearance much more than the zombies.

Yes, it is possible

It is actually possible to obtain a permanent skeleton companion. That being said, it is a slightly convoluted process that is not without certain shortcomings. This method involves using two spells in conjunction:

A humanoid killed by this spell rises at the start of your next turn as a zombie that is permanently under your command, following your verbal orders to the best of its ability.

Choose one creature or nonmagical object that you can see within range. You transform that creature into a different creature ... If you concentrate on this spell for the full duration, the transformation becomes permanent. ... If you turn a creature into another kind of creature, the new form can be any kind you choose whose challenge rating is equal to or less than the target's. The target's game statistics, including mental ability scores, are replaced by the statistics of the new form. It retains its alignment and personality. ...

By now, you probably understand where I'm going with this. You would first start by using Finger of Death to create a normal zombie servant under your control. Next, you would use the True Polymorph spell to transform said zombie into a skeleton (which you can do because they are both challenge rating 1/4). Then you simply wait out the spell's duration, which makes the transformation permanent, and, since a transformed creature "retains its alignment and personality" you now have one permanent skeleton companion at your disposal.

In fact, using this method, you could create a permanent companion out of any creature of 1/4 challenge rating you may desire.

You cannot get a true permanent skeleton companion per RaW. You could get a GM to be ok with you reskining the Zombie from Finger of Death as a Skeleton. You could try to convince them that ripping the flesh off the Zombie wouldn't kill it.

Failing those you can set up a semi-automatic version, so you don't have to do

Create a skeleton with animate dead

Cast Glyph of Warding onto a pouch. Store animate dead in the spell. Give it a trigger of opening the pouch.

Give the skeleton the pouch and a command to open it after 23.5 hours.

Cast the spell in the glyph again.

You can reduce having to do use spell slots everyday with an Ioun Stone of Reserve or Ring of Spell Storing which will store one of the spells(or both if you have multiple) so you have to prepare it twice every 2 days and cast it out of the item every other day.

I'm pretty sure you can make a permanent animated dead, including a skeleton, using the awaken spell as a bard or druid. 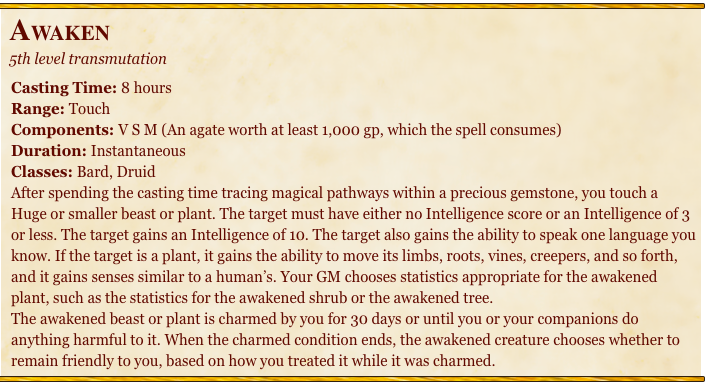 Not the answer you're looking for? Browse other questions tagged dnd-5e undead necromancy or ask your own question.

13
Can a necromancer True Polymorph to get an arbitrary CR 9-or-less companion?
8
If you True Polymorph a zombie you create via Finger of Death, does it remain under your command?
4
Can I make a skeleton from a zombie?
3
Undead thrall attribute. How does it work with the True Polymorph spell

3
Undead thrall attribute. How does it work with the True Polymorph spell
17
Does Finger of Death turn you into a zombie if it drops you to 0hp?
16
How to determine cause of death when Death Saving Throws fail due to an attack rather than a roll
6
Are Death Saving throws a cause of death that triggers Finger of Death zombification?
16
Can revivify prevent zombification from finger of death?
11
Is this homebrew “Skeleton” race for Curse of Strahd balanced?
7
Can Undead created via 'Animate Dead' be dismissed?
7
How many undead skeletons can a PC command and/or control?
5
Is this replacement for Animate Dead balanced?