How do I handle a player arguing for more actions than the game will allow?

I have a player in a Pathfinder campaign I am DMing that caused the game to come to a complete halt for nearly 20 minutes before I could get him to accept the rules of the game.

His character is a Summoner with an Eidolon who lagged behind when the fighting started on this particular encounter. He naturally wanted it to catch up in one move, but his positioning wouldn't allow for a Charge or Run action. Thus he took a Double Move (replaced his Standard Action with a second Move Action) and made it all the way up to the enemy, except he had 10' of movement still available to his Eidolon. This is where he tried to say that the Eidolon attempt to tackle the enemy in front of him (I am assuming a Bull Rush or Grapple action). And that is when we spent around 20 minutes going back and forth on why he can't; from how a Double Move is in essence a full-round action to how still having 10' left does not mean he can have a free third action. He eventually conceded to this but got noticeably quieter throughout the rest of the session.

Going over what happened a couple days later, I recognize that I may have gotten a bit snappy about half-way into the argument after getting somewhat tired of paraphrasing myself; but I don't want to be the cause of someone not having fun in my game. He has done similar things like this before in previous campaigns and I am predicting something like this will happen again.

So the question comes down to: If this situation is to happen again, how should I handle it? 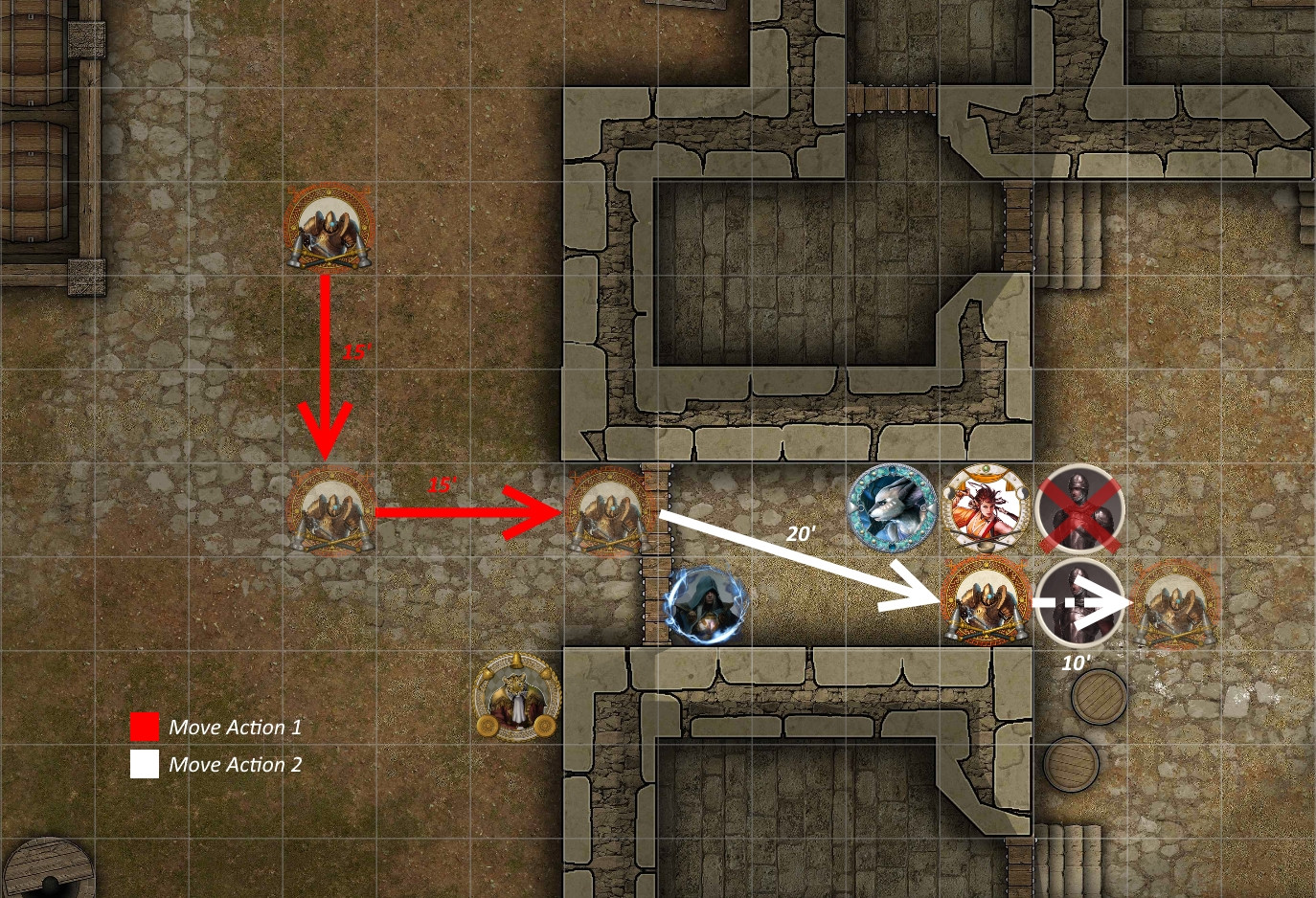 Having dealt with this sort of problem in the past, I usually handle it by walking him through is turn, and attempt to anticipate problems before they occur. "Ok, you are making a full move? That would still leave you out of melee range. Now you can move as a second action, but the amount of move you have left won't allow you to attack until next turn."

Then work with him to explore alternatives. Maybe there's a closer enemy or a strategic maneuver he can contribute from a farther vantage point. Plan with him. It will make you feel you are on his side (and rightly so, since the DM usually wants the players to succeed)

In short, by anticipating the problem and laying out the options before he makes them, you get him to agree to the situation before he commits himself. This gives you the opportunity to make the ruling and the rule interpretation before he acts. He might still balk, but he can't claim he was somehow cheated.

It won't eliminate the problem, but it can severely lessen the conflict. You said he has done this before and will likely do it again. You should have a good feeling for anticipating trouble points and nipping them in the bud.

I sometimes tell people: "I'm putting on my houserule hat for this one. I believe this is an official game rule, but just in case it's not, I'm making it a house rule as well."

Sometimes I tell people: "here's how I think it works, if you can find a rules citation to prove me wrong we'll rewind, but in the meantime let's keep the game moving."

But it's also helpful if you allow takebacks when people don't understand the rules. You could have said "would you like to rewind to the beginning of your turn and do something different with your eidolon?". You could also have said "since you didn't understand the movement rules, should we assume you were actually keeping your eidolon closer to the front lines, and let you reposition it before the fight starts?". Losing one's turn due to a stupid rules misunderstanding isn't fun for anyone, and if you can avoid that without breaking game balance or being unfair to the other players, it's a good idea.

All of the groups I run, we have a single standing house rule which overrules them all:

"When a rules question arises the GM/DM will make a decision and research the answer for the next game session, where a clarification will be made."

This came about from a situation like you described above, a player bringing the entire session to a 'screeching halt'.

If this is not the player's first session they are either trying to 'stretch' the rules or do not fully understand the rules; this can be because they simply do not want to or are not interested in it.

(First, I must signal that the eidolon could actually have done a larger distance, because of the way to count diagonal movements, but it may not be the point of the question.)

It seems your player and you didn't understood yourselves. I will try to point some points that may have bothered him.

Was his exact position fixed? Was it important he couldn't easily get back to combat? If not, consider pretending he was a little bit closer at the start -- having players run towards combat is not really fun.

Was he confused by a different edition? IIRC in 4e, you can move, and then charge, round a corner like this, but in 3.5e and Pathfinder your whole turn has to be a straight-line charge. If he was confused, maybe pointing this out would help.

If there's any other tactical option that makes sense, point it out. (Providing flank? Blocking escape? Threatening spellcaster?)

If none, then say you understand, but that he's just unlucky, he doesn't have any option that reaches combat, the best he can do is move up and attack next turn. If he persists, say that you'll have to handle it later, and move on with other player's turns. Hopefully he will calm down. This sort of thing doesn't always come from a desire to cheat, but from feeling frustrated by the system. But if he does it all the time, you may have to have a talk about when the rules should override cool and vice versa.

The game doesn't really try to simulate what could happen in 6 seconds. To its rules, whether your move action used 2/3 or 1/6 of your movement does not matter. Of course, dear friend, this is going to hurt if you start assuming that things work differently than we all know they do, because we won't be playing the same game anymore.

Now, this is basically what you might say to your player. It looks like he is a player of the "but I didn't use up -all- of my action" type, and those kind of players don't mesh well with the not-so-granular nature of games like D&D, where time is broken in quantum actions and situations such as yours arise.

A diffeerent games that cares less about how long a turn is or about how much you can move, or on the opposite one with a finer granularity might be a better chance for him to have fun, but... what about you and the rest of your group?

Unless people in your group meet just for gaming, in which case I'd say "play with people with the same tastes as you", this is going to happen a lot. You'd better just explain him that, sometimes, the rules do not care about realism.

Not the answer you're looking for? Browse other questions tagged pathfinder-1e gm-techniques or ask your own question.

24
How can I quickly shut down an argumentative (wrong) player without simply making him feel like I am overriding him?

17
How do I handle a player who plays his character far differently than the character was originally presented?
7
How long does a disguise last?
90
How do I keep the game moving without undermining player agency?
1
Can a magus' Arcing Pool Strike hit the same enemy more than once?
13
How can I handle a disruptive player with thin skin?
8
Understanding Investigators Studied Combat
8
How to handle irresolvable player character motives?
10
How to handle a player that cannot be convinced his actions are a problem for both GM and party
13
How to deal with player who won't roleplay, insists character-friction is bad, and doesn't take the game seriously?