Can a PC tell if they have levels of Madness?

I'm running a campaign using the Madness optional rule. I understand for the most part how it works but my question is, can the PCs tell they have levels of madness? If their characters have never experienced it before, how would they know if something is wrong that needs to be "cured"?

I was thinking maybe they sense or feel something is off. Is there an official answer in the text?

Several of the madness effects alter the PC's behavior, such as with paranoia, delusions, or a desire to kill people. In order for the player to correctly play a PC with madness, they need to be aware of this so they put themself in the PC's shoes.

The alternative is to tell a PC with madness (paranoia, for example) that they can't open a door but don't know why. This would get old quickly.

Of course, you don't need to tell them all of the mechanics or that you might be rolling on a table. In a previous campaign where unworthy characters were punished for touching the McGuffin, I did something like the following example:

Ever since you touched that strange artifact, you've had a gradually climbing feeling of dread. As you reach to open the door, you find that your hand hesitates. Make a Wisdom save.

Madness, as outlined in the DMG, p:258-260, encompasses a wide range of mental disorders, many of which can occur without the knowledge of the sufferer.

Disorders explicitly or implicitly listed in the madness tables include, but are not limited to:

The gold standard for classification of mental disorders is the Diagnostic and Statistical Manual of Mental Disorders (DSM-5) produced by the American Psychiatric Association. While there are numerous issues one may raise with this text, that does not preclude its usefulness.

Many mental disorders, particularly the ones that cause disturbances in personality (e.g. borderline disorder or schizophrenia) are found in the "Blind Area, Section II" of a JOHARI window - others are quite aware of the sufferer's malady but they, themselves, are not. 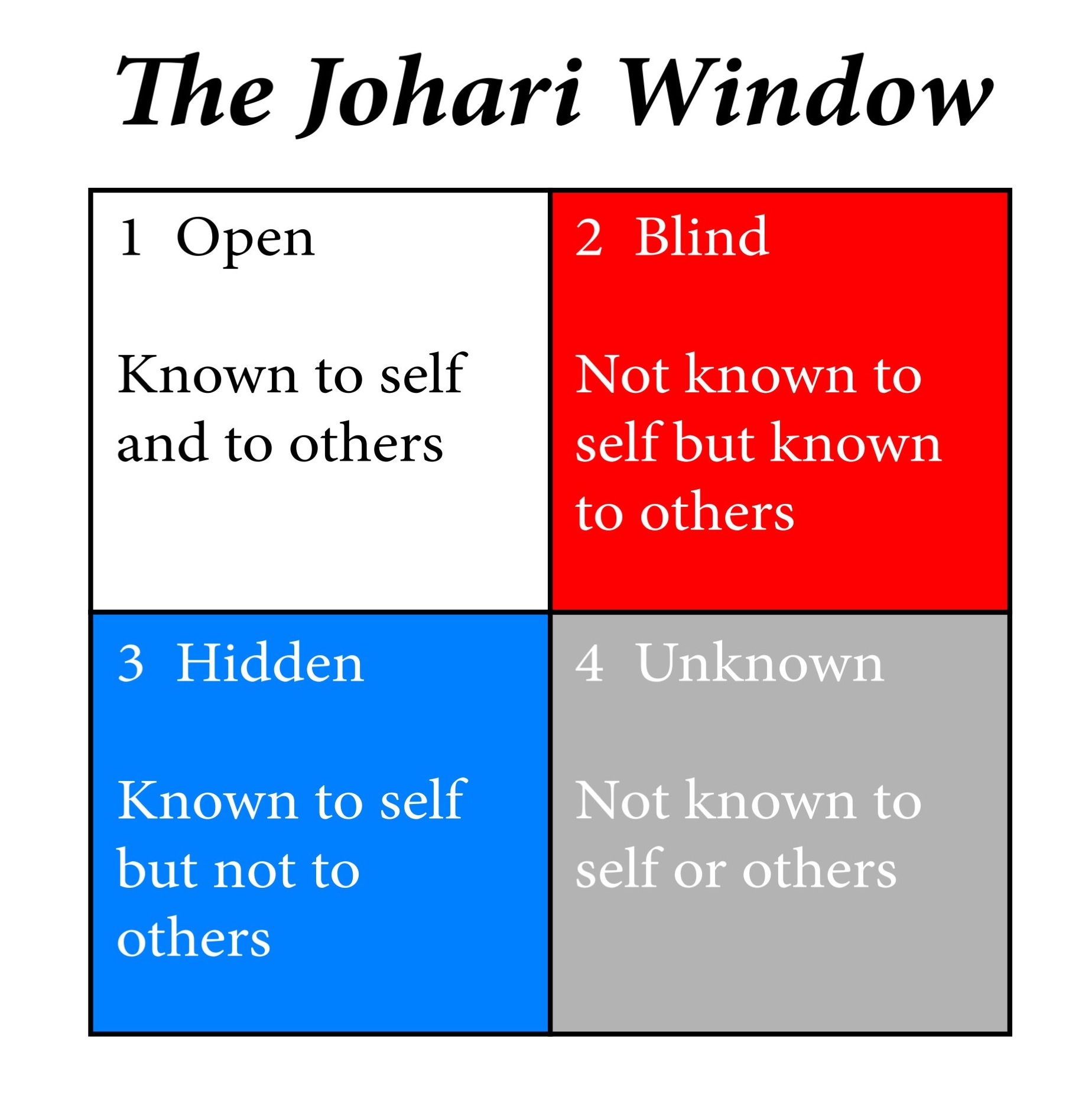 As an example:
One of my player's characters (lvl 13) was struck by a powerful delusion in which they truly believe they underwent a period of training in a Monk monastery and, therefore, have monk abilities. The players know of the Madness, but none of the PCs have figured it out yet. They just don't understand why the fat bard keeps trying to run across water and corner jump up walls. Hijinks!

It is very possible that a Player Character who is suffering from one or more Madness effects has no idea that they are mad.

As Acbabis notes, you should absolutely inform your players that their character is suffering from one or more Madness effects. However, for a more realistic treatment of Madness, encourage your players to RP the disorder their PC is suffering from appropriately. This may require a few minutes of research but can provide deeper and more entertaining gameplay.

The way that I always do this is to relate the symptoms, not the cause. If they're insane, they may have delusions (so they may see things that other PCs don't despite being less perceptive, and those things will turn out not to exist). They may feel worried all the time but not be able to describe why. They may believe themselves able to understand creatures that speak no languages, such as drakes, with varying results for correctness (if a drake is obviously happy, they may hear it saying that it's happy, but if it's ambiguous, they're just as likely to be wrong). That way, the player can deduce the symptoms through the experiences of the character.

Not the answer you're looking for? Browse other questions tagged dnd-5e sanity .

16
As a party meat shield, should I start with levels in Barbarian, or Druid?
12
How can I balance practical spells with RP spells?
16
Are PCs able to appraise the difficulty of an encounter?
2
How can I appropriately scale the DC for the Madness Effect from the Sunken Asylum adventure for Pathfinder when converting it to D&D 5e?
14
When a creature runs away from combat, when can it trigger surprise again?
4
How to determine which works by DMsGuild adepts are legal for Adventurers League?
5
How can multiclassing improve my lvl 9 Paladin (Oath of Vengeance)