Where are the one-handed grappling rules?

The grapple rules don't say how this works. Where are the rules for grappling with one hand introduced? Specifically, if a creature's grappling a foe with only one hand, can the creature make attacks of opportunity or otherwise make attacks normally against foes outside the grapple?

Note: This answer deliberately covers the rules at their most basic, ignoring the multitude of options and exceptions to focus on the question at hand. For instance, the question doesn't indicate the creature possesses the universal monster ability grab—a discussion of which would easily double this answer's length—, so that's ignored below.

A typical humanoid creature that makes a combat maneuver check to attempt to start a grapple using one hand suffers a −4 penalty on the check. One benefit of the feat Grabbling Style eliminates this penalty. However, the feat Grabbing Style does not eliminate this penalty if a typical humanoid attempts to start a grapple using no hands. Also, technically, a non-humanoid—such as an outsider like an aasimar—does not usually suffer this penalty, and such a creature can attempt to start a grapple using even no hands at no penalty. (A GM may nonetheless rule—reasonably, in my opinion, although I disagree—that this −4 penalty applies to creatures of humanoid shape rather than only those of humanoid type; ask first.) Finally, a typical humanoid suffers this penalty only on the combat maneuver check it makes to attempt to start the grapple, not on the following turns' combat maneuver checks it makes to attempt to maintain the grapple (contrary to, for example, the benefit of feat Piercing Grapple).

In short, in addition to its other effects, the feat Grabbing Style allows a typical humanoid creature to make a combat maneuver check to attempt to start the grapple using one hand without suffering a −4 penalty on the check, while, for example, in its other hand it either carries a shield or wields a weapon.

The Grabbing Drag feat's reminder that its benefit can't be employed when a creature's grappling two foes is usually superfluous. And it appears something untoward happened to the feat Grabbing Master during development, as its unclear language and mechanics maybe imply a typical creature can now do better something it can't do, which is just as confusing as it sounds and makes the feat Grabbing Master an outlier not the norm. Paizo's admitted the Advanced Class Guide is an "all-time low point, editing-wise," so forget about the feat Grabbing Master and move on. (And, while forgetting things, also burn away the memory of the feat Hamatula Strike.)

So. Many. Exceptions. Notice I've used weasel words like typically and usually so far, like, a dozen times? Every time I have, there's something—a special ability, an archetype or two, a specific class feature, an obscure feat or two or three or four, a spell or two, a magic item or two, and more—that's an exception to the typical or the usual. Sometimes I don't even know the precise exception but blithely assume one exists because if Pathfinder can tinker with it, Pathfinder's probably tinkered, and an answer that tries to address every exception would take weeks. Try not to feel slighted if a favorite exception's omitted.

Considering playing a luchador, a kraken, or Cthulhu? Then this awesome blog post on grappling is pretty much required reading. It walks the reader nearly word-by-word through all of grappling's permutations. I highly recommend it. I am in no way associated with the author. It's just really good.

There are no special rules for one-handed grappling.

[...] Humanoid creatures without two free hands attempting to grapple a foe take a –4 penalty on the combat maneuver roll.

If successful, both you and the target gain the grappled condition.

It appears, that you misunderstand what does grapple mean. I'd recommend you to do a little research about it. 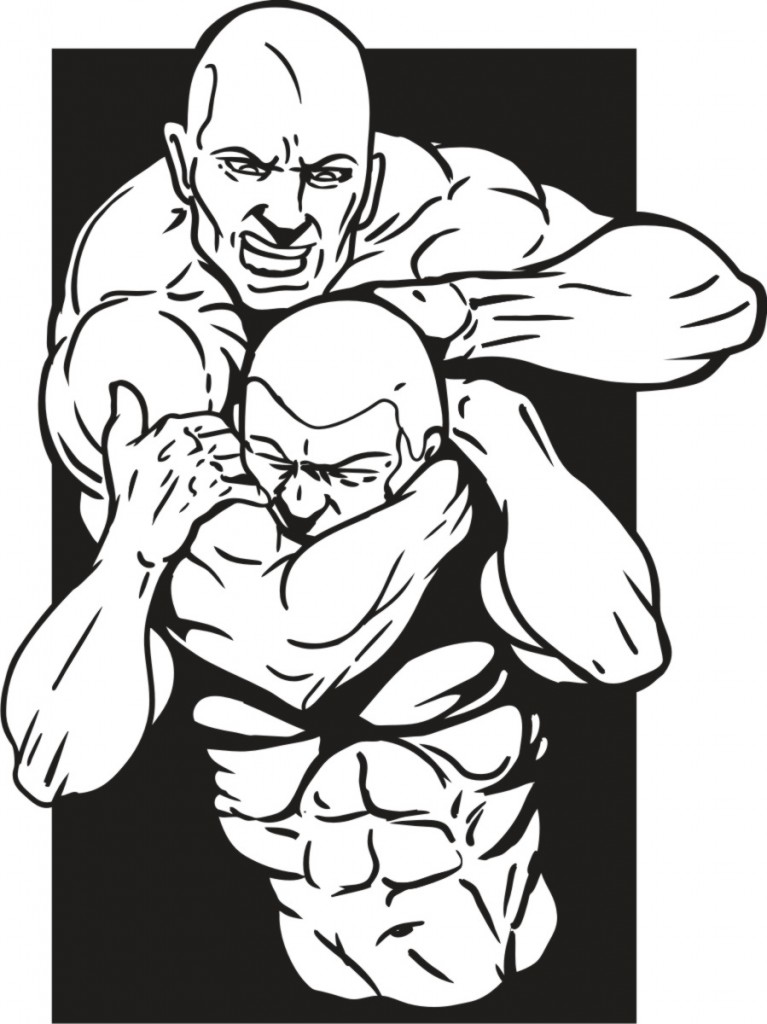 RAW states, that if you would grapple only one enemy with one hand and have your other one free, you won't be able to perform attacks of opportunity, as you are grappled.

Still it would be possible, however more difficult to attack those outside the grapple. To attack the ones in the grapple you simply take damage option from suceeding the grapple. If one of your hands would be still free, when you would be grappled, you can attempt to grapple another foe without penalties.

A grappled creature takes a –2 penalty on all attack rolls and combat maneuver checks, except those made to grapple or escape a grapple. In addition, grappled creatures can take no action that requires two hands to perform.

When you use this style, you do not take a –4 penalty on combat maneuver checks to grapple a foe with only one hand. Additionally, you do not lose your Dexterity bonus to AC while pinning an opponent.

When you are grabbing two opponents while using Grabbing Style, you can use your grapple to move or damage one or both opponents you are grappling, instead of just one.

The grapple is a standard action, not a fullround where you would perform x number of attacks. This mean, when you perform one of those mentioned combat feats, you simultanously grapple two foes, making a grapple check for each of them.

Not the answer you're looking for? Browse other questions tagged pathfinder-1e feats grapple or ask your own question.

2
How many tentacles can an octopus use to constrict how many targets?
-2
Most up to date grappling flowchart
2
Maintaining one-handed grapple

2
Grappling interactions with Greater Grapple
10
In Pathfinder, what are the rules for holding a two-handed weapon in one hand while using the other hand?
4
What's the real benefit of the feat Owlbear Berserker?
10
How can a halfling wrestle the tarrasque?
13
Can you maintain a grapple you are no longer capable of initiating?
2
Maintaining one-handed grapple
1
Trox's Grabbing appendages
3
What are the grappling rules for the caster of the spell Entangling Staff when it successfully grapples a creature?
14
What problems may arise from my house rules on grappling and restraining?
16
How does grappling interact with the Armor of Agathys spell?