How could I quickly create or summon lots of water?

I am creating a npc malconvoker who would focus on summoning evil aquatic creatures. The idea gets even better, when you realise most opponents would have tons of problems with underwater environment.

I couldn't find a solution for creating an area of water to provide environment for the summoned creatures. Create water would provide a mere puddle. I looked through summonable creatures and didn't find any that could do so.

How could I solve this problem?

The spell wall of water should work

Many of D&D 3.5's spells that create walls don't create walls in the tradition sense. For example, the 5th-level Sor/Wiz spell wall of stone [econj] (PH 299-300) creates, essentially, fused blocks of stone covering "up to one 5-ft. square/level" that's shapeable so that the actual effect can be made pretty much any old which way as long as the "effect or area [has] no dimension smaller than 10 feet" (PH 176). It's less wall of stone and more create connected stone cubes.

So when the 4th-level Sor/Wiz spell wall of water [conj] (Spell Compendium 235) for 10 min./level creates a "straight wall whose area is up to one 10-ft. square/level" that's also shapeable, it's a little unclear actually what that means, but I have to assume that because straight wall and shapeable are usually conventionally contradictory that the DM will read this as generously as I.1 Anyway, the spell wall of water creates an effect that is actual calm seawater or fresh water that the magic suspends within the area's confines, and which should be shapeable enough to fill a cavern or dungeon room, or enclose one's foes on an open field. Its dumb area notwithstanding, the wall is pretty much the perfect environment for summoning water creatures.

As a 4th-level spell, wall of water even fits conveniently in a wand in case its not on your spell list and you've to create the effect instead with a successful Use Magic Device skill check.

The 7th-level Blackwater domain spell dark tide [necromancy] (Stormwrack 114-5) for an hour/level "creat[es] a tide of blackwater that spreads out from the designated point of origin at a rate of 100 feet per round" in an attempt to fill a ½-mile radius spread with the blackwater that's described as scary, "black and terribly chilling." This DM isn't entirely sure what's meant by 100 feet per round, but it sounds like it's in three dimensions so that placing the spell's point of origin, for example, 100 ft. up creates a 100-ft.-radius sphere of water in but 1 round… that immediately comes (harmlessly except that it's blackwater) crashing down to fill the area. I know nothing about hydrodynamics, but even I know that is a lot of a water-like substance.

The issue remains, however, that a creature brought forth by a spell of the conjuration subschool summoning "must arrive in an open location on a surface capable of supporting it," and a DM could reasonably rule that aquatic creatures can't be summoned within the effect of the spell dark tide because the blackwater created by this necromancy spell potentially damaging (ruling that blackwater is as unlike actual water as acid or lava).

But, were I player planning on this tactic, I'd argue against such a ruling. I'd've gone through a lot of trouble to take the domain Blackwater (Sto 109) or to take the first level of the prestige class wave keeper (Sto 76-80) then took levels in the prestige class malconvoker (Complete Scoundrel 48-52) just so I could be not evil and still, in the middle of a dungeon, summon a fiendish elasmosaurus or whatever… 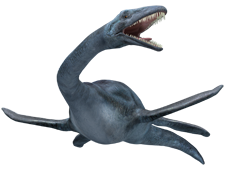 …and that's kind of awesome.

There's an even higher-level alternative that brooks no debate

If you (ahem) wash out with both of the previous spells, the 8th-level cleric spell flashflood [conj] (Sandstorm 114-5), "[w]hen the spell is completed, a total volume of 100,000 cubic feet of water (400 5-foot squares, in a 120-ft. cone, 10 feet deep) is left behind." The spell won't suspend the water in the same spiffy fashion as the spell wall of water,2 and you'll be near the traditional campaign's end by the time it can be cast, but that the spell creates a lot of water is inarguable.

1 While I didn't check them all, I'd gently ask the DM to remove straight line from wall of water and at least some of the other wall spells in the Spell Compendium. It appears that straight line language was added willy-nilly to many of the wall spells in the Spell Compendium despite the flexibility of the originals and regardless of whether they're shapeable or not. To bring them more in line with the versatility of the spell wall of stone, you can point to the Spell Compendium having added straight line to the spells wall of evil and good originally from Magic of Faerûn and wall of sand and water originally from Sandstorm, the editor clearly not discriminating based on a wall spell's original source.
2 How about casting the spell wall of stone first and making a pool to hold all that water? Not out of spite or anything, of course.

For 850 gp a pop, turn 100 gallons of water into a pea sized marble. (Fresh, salt, alkaline... even holy or unholy water can be absorbed.) Break it and it all comes back. Better than a can of dehydrated water! Now go get yourself a bag of holding full of them marbles.

This is a somewhat pricey option, but oh so much fun to do in, say... to pick a non-random example... a room full of undead.

A second non-random example is that a good number of poisons happen to be alkaline in nature... as is stuff like caustic soda which can destroy fleshy bits upon direct contact. Find an evil aquatic creature that is resistant or immune to poison.

Um I'm rather new to D&D but isn't there that lvl 9 spell GATE. I think you could potentially open up a portal to like the elemental plane of water or w/e and let water spill through the other side of the gate. Or just somewhere in the middle of the ocean. You conjure a portal linking an unoccupied space you can see within range to a precise location on a different plane of existence. The portal is a circular opening, which you can make 5 to 20 feet in diameter. You can orient the portal in any direction you choose. The portal lasts for the duration.

The portal has a front and a back on each plane where it appears. Travel through the portal is possible only by moving through its front. Anything that does so is instantly transported to the other plane, appearing in the unoccupied space nearest to the portal.

Deities and other planar rulers can prevent portals created by this spell from opening in their presence or anywhere within their domains.

Not the answer you're looking for? Browse other questions tagged dnd-3.5e environmental-hazards or ask your own question.

26
Can a Wizard cast a spell strong as a small nuke?
4
Can you use Smite from Visage of the deity with a ranged weapon?
3
Can a portal to the Quasi-Elemental Plane of Radiance be used to do damage?
1
How do you attack a creature behind a Wall of Sand?

14
An insomniac character, how could that work?
17
What is the best way to prevent abuse of the gate spell?
5
How to balance my encounters for a party with lots of burst damage
4
How could character keep his AB relevant at high levels
5
How to obtain lots of temporary hit points?
24
How does drowning work when you're already at 0 hp and fall into water?
8
Best class for making mount tougher in special gestalt 3.PF E6
19
How much damage will a creature take if it runs across lava while wearing a Ring of Water Walking?