How can I protect my pet falcon?

My group is starting a new campaign (beginning at level 4) and I'm going to play an evil paladin that trusts no one. However, he does have a pet falcon — my DM is okay with this, but is warning me of its low HP/AC.

I'm more than willing to spend my character's gold on items to protect the falcon. My plan is for the falcon to know how to run/hide and to come when called to get him out of combat.

What items would be best for protecting him? Is barding a legitimate choice (how much would that affect his flying ability)?

The best protection for a low hp, low ac creature is not being targetable. Keep your falcon high in the air, behind cover (but not the same cover as you or your allies, for reasons below), or otherwise not in or near combat.

First off, by RAW barding costs 4x and weighs 2x of regular armour of the same material. (PHB p. 155) Personally, it doesn't make sense to me to make armour for a tiny creature weigh more than for a medium creature. The price could be explained as being more difficult to create the armour, but I assume a large chunk of that cost increase would be materials, so talk with your DM about some house rules on falcon armour for more sensical or feasible costs and weight.

Another note, is that falcons are not inherently proficient in any armour. This is entirely up to your DMs judgement, as I don't believe even Warhorses are called out explicitly as proficient in armour.

Even with barding that would make the falcon have a ridiculously high AC, he'll still be hit 5% of the time with a natural 20. With the low HP of the falcon, and the ever increasing damage that monsters and npcs will deal out, he will likely be knocked out or killed if he's hit.

As for flight, I would likely house rule that a falcon can only have light armour at most, as this is the same limitation that the Aarakocra race has on being able to fly in armour.

Another threat are AoE spells, which a kind DM would let you protect the Falcon while he's on your person, by RAW it is a separate and targetable creature. Nearly any AoE spell will at least knock out the falcon, and even a low roll on a Fireball with a Save on the falcon's part has the potential to kill him.

Note this also does not preclude the use of spells directly at your falcon, such as Magic Missile.

Take the Magic Initiate feat (either from Variant Human, or your level four feat), and choose Wizard for the Find Familiar spell. You also get two wizard cantrips out of this. (For a Paladin Green Flame Blade or Booming Blade are both nice, as well as other flavourful options.)

A familiar from this spell can still die, but you can bring it back for a mere 10 gp and an hour ritual. You also get several other benefits, such as telepathy, seeing through its eyes, and being able to be safely dismissed to a pocket dimension during combat.

Talking to your DM

The only other real way around your falcon's mortality is talking to your DM for an arrangement to make the falcon not killable. Everything else in terms of items, barring an artifact of immortality or similar, would only make the inevitable slightly less likely.

A falcon can not wear barding

By definition, "barding" is armor for horses. It looks like that: 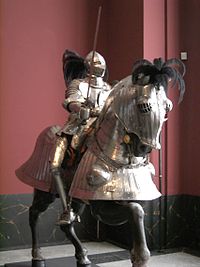 The only barding description in the PHB is:

Barding. Barding is armor designed to protect an animal’s head, neck, chest, and body. Any type of armor shown on the Armor table in this chapter can be purchased as barding. The cost is four times the equivalent armor made for humanoids, and it weighs twice as much.

It doesn't explicitly state the kind of an animal, but it assumes it is a riding animal, because:

Moreover, both PHB and Monster Manual mention barding as an optional rule only in the Warhorse description:

Variant: Warhorse Armor
An armored warhorse has an Armor Class based on the type of barding worn (see chapter 5 for more information on barding).

Perhaps a camel or another riding animal could wear a barding, but a pet falcon can not, since it is not a riding animal. Giving it a barding would be like giving it a shield - neither will increase its AC.

The best way to keep the falcon safe is keeping it out of combat.

Not the answer you're looking for? Browse other questions tagged dnd-5e animals or ask your own question.

142
Can you drink a potion one-handed underwater?
22
Can the urchin's pet mouse survive combat?
14
Can a Beast Master ranger armor their animal companion with barding?
2
What could you give to a Hawk animal companion to improve their battle effectiveness?

22
Can the urchin's pet mouse survive combat?
18
Is Oath of the Ancients all about nature?
8
Is there always a “designated” person to lead/move the party?
53
How to handle loot disputes as the DM?