Can a familiar be an object and still grant and receive the benefits of being a familiar?

Inspired by Shaman King, a player wants his sorcerer's several familiars to be armor or jewelry instead of squishy and easily-slain cute, fuzzy magical beasts (augmented animals). 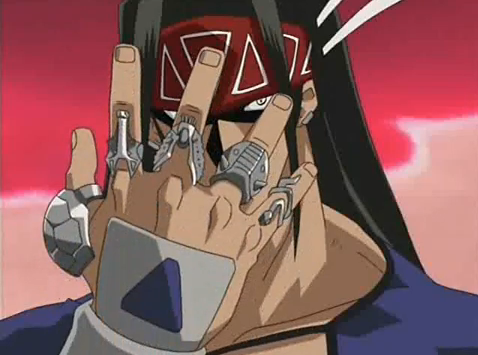 The player wants these object familiars to still be affected by spells and feats associated with familiars, like the 6th-level Sor/Wiz spell imbue familiar with spell ability [univ] (Spell Compendium 120). Is this possible?

A creature capable of having a familiar can take the feat Construct Familiar (Dragon #280 62) which, at the creature's option, gives familiars acquired after the feat's taken the type construct (rather than magical beast). Then the creature can take the feat Extra Familiar (Dragon #280 62), each time gaining an additional familiar. A few alternative familiars are size Fine (e.g. caterpillar (Dragon #323 98), fly (Dragon #323 98) that the DM may rule is only available to a diviner), and too many to list alternative familiars are Diminutive. Such familiars, while not actual objects, could look like objects, and such familiars are small enough to share their master's space, and even ride around on him (maybe wrapped around his finger or dangling from his neck) without interfering with the master's activities.

But having an actual intelligent amulet or sword as a sorcerer or wizard's familiar isn't usually a thing. A familiar could, I guess, be the subject of the 8th-level Sor/Wiz spell polymorph any object [trans] (PH 263) so that it becomes a mundane object then made more magical by item creation feats; the familiar wouldn't be technically dead, but only DM fiat would permit any of the familiar's special abilities to remain while it's in this altered form. Likewise, liberal application of the 6th-level Sor/Wiz spell magic jar [ench] (PH 250-1) or the 9th-level telepath power true mind switch [telepathy] (XPH 120) may temporarily or eventually allow the familiar's life force to inhabit the form of an intelligent magic item, but such a solution hinges on the campaign's intelligent items possessing life forces instead of being merely AIs programmed to emulate an existing personality.

There are, however, two feats that may be close enough to permit this vision to be somewhat realized:

But, in the end, if you feel a familiar is more trouble than it's worth, and you'd rather have something else, take something else! There are numerous alternative class features both in Dragon magazine and elsewhere that replace a familiar outright.

You want familiars that are Tiny objects. The good news is that's possible. The bad news? Doing it takes most of your feats and it's enormously suboptimal. However, fortunately, since you need to be a full caster to do this (and probably a wizard or a sorcerer), even if you took the feat Toughness every time, you'd still be a rock star.

Anyway, this process has several parts.

On your mark: Make the familiar undead

At level 1, take the feat Stitched Flesh Familiar (Libris Mortis 30). This gives a standard familiar the type undead. It also gets a few more hp and those spiffy undead traits and…, well, not much else, really. Because at least three necromancy spells are needed to meet the feat's prerequisite, spell selection is tight, but two cantrips and ray of enfeeblement are a reasonable investment for this build even for a sorcerer. However, you just go ahead and be you. Alternatively, the feat Undead Familiar (Dragon #280 62) does what Stitched Flesh Familiar does but cheaper and weirder 'cause it's older; ask the DM.

Obviously, you'll need the 5th-level Sor/Wiz spell haunt shift [necro] (Libris Mortis 66), so adventure normally until able to cast 5th-level spells then pick as one of them the spell haunt shift. You also need an easy way to gain negative levels. I suggest possessing an alignment other than true neutral and buying some magic arrows with a magic weapon special ability inimical to one of your alignment components (e.g. +1 holy arrows if you're chaotic evil, +1 anarchic arrows if you're lawful neutral). These arrows should each cost 366 gp 1 cp, and you'll need your level minus 8 of them.

If you want to do this, you need to do it before casting the spell haunt shift. Complete Arcane describes the template spellstitched (161-2) that can be slapped on any corporeal undead creature and, unlike many options, includes mechanics for doing it! It costs 1,000 gp plus the undead creature's Wisdom score ×500 XP. In addition to some minor (but tasty!) bonuses, it grants the creature spell-like abilities, the number and level based on its Wisdom. Because they're spell-like abilities, no XP and material component costs are incurred. Its caster level equals its hit dice, so even normally suboptimal choices work. Spells need to be conjuration, evocation, or necromancy and are limited to certain levels, but animate dead, desecrate, false life, magic jar, raise dead, spiritual weapon, and unhallow are all options in core.

You also want to get whatever doodad into which you're shoving your familiar. Said doodad should be in the Tiny-to-Huge size range. (Also, keep in mind the spell may not work if the doodad's magical.)

Drop your effective level to 8 by toting the magical arrows while simultaneously keeping a 5th-level spell. Each negative level removes one spell of the highest level you can cast, so how this works will be specific to your circumstance.

For example, a Wiz9 that possesses Intelligence 20 has a bonus 5th-level spell and can cast a total of two fifth level spells. He picks up a magic arrow and gains a negative level. His effective character level is 8 and he has one 5th-level spell remaining. That spell is, of course, haunt shift.

Then put the familiar in its new home by casting the spell haunt shift on your familiar. And hoping. A lot. See, the spell turns an undead critter into a haunting presence (Libris Mortis 6 and nowhere else!). The upshot to this is that haunting presences are immune to just about everything, sometimes live in items, and can sometimes animate objects they inhabit! The downside is that the spell literally only says, "Haunt shift translates corporeal and incorporeal undead into haunting presences," then describes how many and in what order undead creatures in the spell's area are affected, leaving the details to the book's earlier Haunting Presences section… which is startlingly vague on picking what a presence actually haunts. The section says that presences can occur naturally or as the result of haunt shift, the DM maybe picking what's haunted like the DM'd place any other monster, but then the section gives rules that objects currently in a character's possession cannot be haunted, and that unattended magic items receive a saving throw. This can be three ways:

(I've not played in a campaign with friendly, capitalistic necromancers willing to trade coin for spells, but if you do, you may be able to just pay one to cast the spell haunt shift [necro] (Libris Mortis 66). A Wiz9 charges only 450 gp for this, and that's a bargain compared to the hoops you have to jump through to cast the spell haunt shift yourself. You'll still need to take negative levels beforehand if too high a level, though.)

After all this, you essentially have an object that's a familiar. Technically, the haunting presence is your familiar, but it travels with the object, sees from the object's perspective, interacts with the world through the object, and basically can only be affected by messing with the object. The familiar can manifest in its original stitched-flesh form a number of times per week equal to its Hit Dice each time for a number of minutes equal to its Hit Dice, so, if it's important to you, you can still choose it like a Pokémon.

Also, if the object has moving parts, your familiar can move those parts. Printed examples include a wagon rolling and a crossbow cocking and firing. If your familiar manages a non-trivial Charisma 17, it can even animate the object as per an effect like the spell animate objects.

The feat Extra Familiar can provide more familiars. Probably. The feat appears in Dragon #280 and is both poorly written and 3e material. It says that you can choose an extra familiar from the PH's list or from the the article. The feat Stitched-Flesh Familiar says "when choosing a familiar, you may choose a stitched-flesh familiar." So, depending how the two feats interact, and depending how your DM feels about Dragon material, and depending how he decides to tweak it for the 3.5 revision, this may let you get additional undead familiars. The feat Extra Familiar is not usually a very worthwhile feat, and, when compared to what a wizard can do with five feats, it's certainly not game-breaking, so I'd allow it, but your DM's mileage may vary.

Not the answer you're looking for? Browse other questions tagged dnd-3.5e familiars or ask your own question.

18
Alternatives to Familiars in DnD 3.X
8
Which issues of Paizo's Dragon magazine had alternative rules to replace 3.x familiars?
4
Are there rules for Intelligent Items with Class Levels?
4
Characters shapeshifting into magic weapons

6
How does Improved Familiar advancement affect its size category and size-related benefits?
8
Can variant familiar imps and quasits reform their bodies?
30
Can I still cast spells through my polymorphed familiar?
3
Can an a witch's patron familiar (animals) combine Improved Familiar and the Mauler archetype?
1
Can a Cohort and Familiar be the same NPC?
5
Can you treat your familiar horribly while still benefiting from its services?
5
Does a true polymorphed familiar retain the mechanical benefits of a familiar?
19
Clarifying the benefits of the Alert feat over Find Familiar
13
Can my imp familiar still talk when shapeshifted (to a raven, if that matters)?
14
Does a familiar stay the same after being true polymorphed and then dismissed and resummoned?