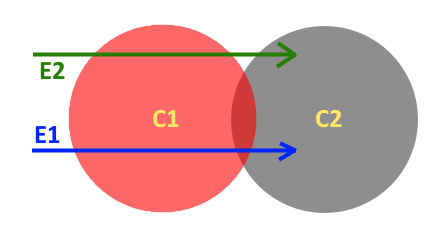 Not the answer you're looking for? Browse other questions tagged dnd-5e spells stacking .

6
Does Shield of Faith stack?
2
Does crusader's mantle stack?
41
If two Moonbeam spells are placed on a Large creature, does it take damage from both beams on its turn?
46
When a creature is hit with more than one fireball simultaneously, do they take damage from all of them?
18
Can two mages cast Wall of Fire in the same place?
16
How do you determine the 'most potent effect' for overlapping spells?
6
Can any actions happen at the same time/instant?
15
Does the extra damage from Booming Blade stack if the spell is cast twice on the same target?
15
If you cast a spell with different effect options twice on the same creature, do multiple castings of the spell stack?
14
Can two Cloud of Daggers be cast in the same area by different spell casters?
See more linked questions

13
Is the spell Soul Shackles dysfunctional?
16
How do you determine the 'most potent effect' for overlapping spells?
17
Does the Enlarge spell stack if it is cast multiple times?
15
Stampede: How does this custom spell compare to Cloudkill, another 5th level spell?
6
Does this Spirit Guardians + Thorn Whip combo work?
4
Is this homebrew Oath of the Golden Knight paladin subclass balanced compared to the official subclasses?
17
Does the Spirit Guardians spell hurt friendly creatures if they were not visible at the time the spell was cast?
4
Evocation Wizard's Sculpt Spell Ability with spells that persist over time - under what conditions is protection maintained?
5
Impacts of managing all similar spell like Moonbeam or Flaming sphere