How many rounds does the average combat encounter last?

I am trying to create a simple way to track ammunition for my upcoming sandbox game. In this system, players will buy ammunition in (for lack of a better word) "packets". One packet of ammunition contains enough for one encounter. To work out the price of a packet, all I need to do is multiply the cost of one arrow (or bolt, etc.) with the number of arrows fired in the average combat encounter. I understand that number of arrows used will double when extra attack is gained. I can work around that easily by making players with extra attack spend two packets per encounter.

(Why bother with ammunition at all if I'm going to simplify it this much? Because I also have a simplified encumbrance system, so this ties into that. Players have to decide how many fights' worth of ammunition they are willing to carry.)

However, to be able to work this out, I need to know how long the average encounter is. When I say "average", I mean a medium or hard difficulty encounter in which 4–6 characters face off against a similar number of opponents. In other words, what might be considered the bog-standard, run-of-the-mill encounter.

I would be particularly interested to hear from someone who has been recording the length of each encounter (as unlikely as that may be).

Five. It follows roughly a Boltzmann-distribution, where the maximum is at around 4-5. It is our statistics from around 200 combats. 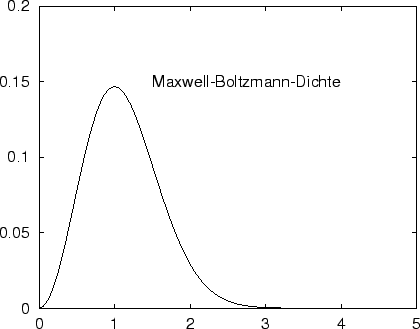 (This how a Boltzmann-distribution looks. But in our case, the maximum is at around 4-5, not at 1, as on this picture.)

Typically I don't write my actual stats in my character sheet, instead we have a table where the stats (mainly, the HPs) are recorded after every round. I used these tables. I have also some other surprising results (for example, spellcasters lose HP with around a similar mean rate as the fighters, but much more unpredictable). There is also a lot of encounters which is not a regular combat, although it uses combat stats (for example, assassin kills somebody in a single round), these weren't counted.

Warning: in our experience, high-level combats last much shorter. These stat is coming mainly from low-level parties. To produce a more clear statistics, at least some of them should be balanced and normalized by the party level, this was not done.

The DMG seems to implicitly estimate a combat to last about 3 rounds.

To me, the two of these indicate the expected length of an encounter is approximately 3 rounds... or at least, the expected duration of any given creature's effect on it is 3 rounds.

There's a distinction there, but in personal experience, 3 rounds matches up with an average combat duration for fights that aren't extremely difficult, extremely easy, and/or don't have an extreme amount of outnumbering on one side (I play on Roll20, and my DM has an initiative script/plugin that keeps track of the passing of rounds, so I can reliably see how long a combat has lasted at the end).

It can take longer if there's a decent amount of hide-and-seek going on (maneuvering around obstacles, etc.), but those tend to just cause more rounds of movement rather than more rounds of combat.

Not the answer you're looking for? Browse other questions tagged dnd-5e combat time .

5
How do I get an idea of the number of rounds encounters are expected to take?
97
Is there a real use for the Medicine skill?
41
Do you get advantage on the Steel Wind Strike spell's attacks because you "vanish"?
20
What deals more damage on a weapon, +1 to hit or +1 to damage?
26
Self-Preservation: How to DM NPCs that Love Living?
19
Typically, how many combat encounters should a low-level party have before they are expected to take a long rest?
15
Stampede: How does this custom spell compare to Cloudkill, another 5th level spell?
6
What is the most optimal grappling character build in DnD 5e?
7
Reducing enemy HP by half to speed up combat
5
Most DPR (Damage Per Round) Barbarian Build against Undead
See more linked questions

8
What is, or should be, the average time length of combat in each tier in real time?
6
Determining Rounds out of combat
10
How many rounds are in a minute?
23
How does time pass in combat?
12
How long can I expect the average drama or action sequence to last with 5-6 Players?
5
How many rounds does a spell with a duration of 1 minute last?
18
How long are spells meant to last?
5
On average, how long do Adventurers League sessions last?
9
How does fighting underwater increase the encounter difficulty of combat?