Help and advice picking paladin feats. When and what to take?

I'm trying to plan out my 20 levels of feats for the Paladin in Pathfinder. As you probably know, Paladins only get (at most) 10 feats if they are not human like my character. This leads to some issues.
I'm playing an offensive Paladin who heals outside of combat mostly. Basically, I'm an off-healer but I dont want to sacrifice my damage.
So far my build feats looks like this.

My feats are to help me utilize my vanilla Paladin heals the best I can, and help me deal damage. I'm spread really thin here and am having lots of trouble because I'm so feat starved. "Antagonize" is a staple feat for me as I feel it will help me draw "aggro" of enemies so I can better protect my group. The way my gm does his encounters, I have no doubt that it will work well.
Other feats that I've considered are: quick channel, lunge, furious focus, reward of life, angel blood and angel wings (I'm an aasimar), dodge + mobility, and unsanctioned knowledge.

I'm sure you can see my problem. I'm looking for the best ten feats for this build.

On the feats you suggest:

And something somewhat different:

Ultimately, the paladin has some fairly-solid defensive abilities in the form of divine grace and the auras; you do not need to spend feats on defense. Your out of combat healing is, similarly, quite adequate out of the box, and you do not need to spend feats on it. In-combat healing just isn’t effective enough, only useful in niche emergency situations. In those situations, just do what you have to do, but your feats need to be devoted to things you do all day, every day. Instead, my recommendations are devoted to eliminating threats as quickly as possible, and sticking to them in the interim to limit their ability to target your allies as much as you can. This matches your stated priorities, and is I think the most effective options you can take.

But if you’re going with starknives, you want that ASAP because you want to dump Strength—which also means you’re probably not doing Power Attack. With Dirty Fighting and Barroom Brawler, you could do decently with combat maneuvers (aside from trip, which suffers so much without reach), particularly dirty tricks. Without, the archery line is almost-certainly your best bet there. Note that throwing allows you to combine both archery and TWF feats, but you probably won’t/shouldn’t have either the Dexterity or the feats for that.

Alternatively, if you can use the greatsword charging option, suddenly mounted feats and Vital Strike become high priorities, when they wouldn’t be taken at all otherwise. Most likely in that case you would want Power Attack, Furious Focus, Divine Fighting Technique, Vital Strike et al., Mounted Combat, Ride-by Attack, Spirited Charge, which will use up pretty much all your feats.

If doing neither, but allowed Dirty Fighting, getting a bit of Dexterity so you can trip as well as use the Step Up line seems in order. That will allow you to harass the opposition well and keep them off your allies. Remember that reach weapons are also two-handed, so you can and should still take Power Attack and Furious Focus. And Barroom Brawler is fantastic flexibility.

If stamina is in play, Focused Discipline is a quite-good feat for you no matter what you do. Without stamina, it’s lack-luster but still OK-ish. Fear happens enough.

And without any of those things, Power Attack, Furious Focus, Step Up, and Improved Bull Rush look best. Improvements to bull rush and Step Up follow those. Well, actually, at that point, archery is best, but besides that.

I have made some research in a libreoffice calc spreadsheet in which I inspected the possible effects and tradeoffs unto lay on hands via feat usage. The feats I analyzed were "extra lay on hands", "Greater Mercy" and "Fey foundling", and this chart is the resulted "Healing per day on average". The paladin takes as much "Extra lay on hands" as he/she can get. Do note it may have some room for human error, as I had to figure out 3 different tables of information. I've always thought that paladin excels the best at being a tank/offhealer, and his/her offensive capabilities increase just fine without much feat investment on that part. 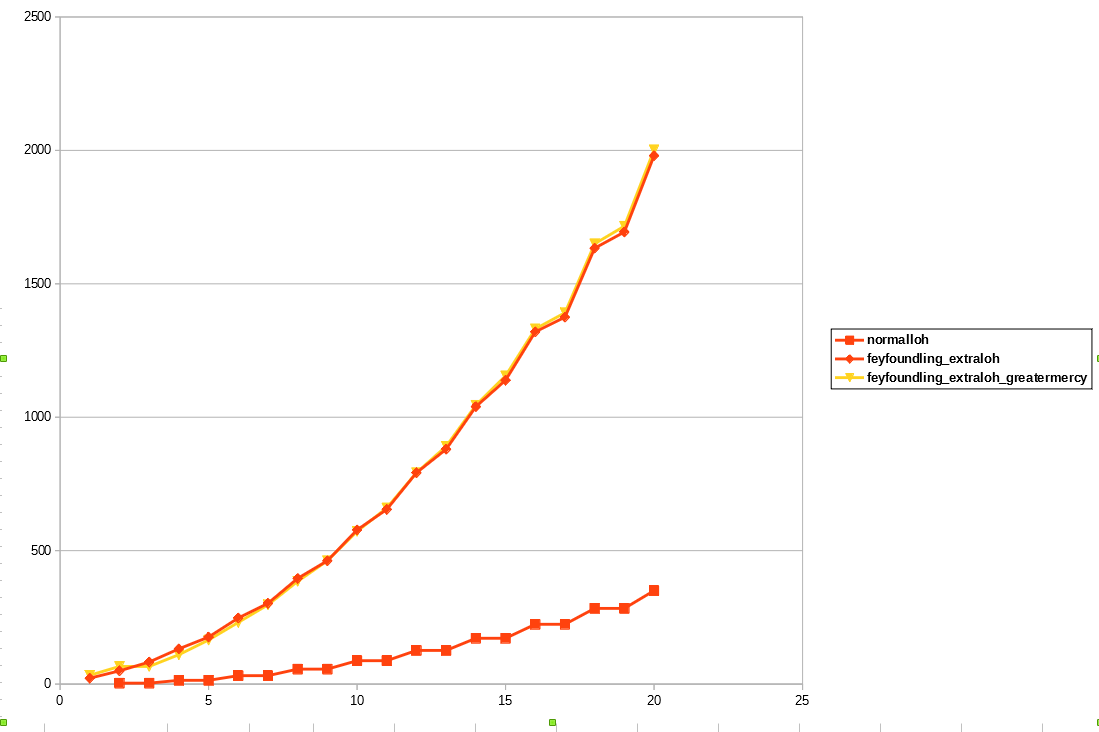 TL;DR: I would suggest considering extra lay on hands (0-2) and use them as a swift action to heal yourself, making yourself way more tanky.

My level 4 Pala has the following for tanking:

Not the answer you're looking for? Browse other questions tagged pathfinder-1e feats paladin healing .

2
How do I optimize my Tank/Healer paladin in Pathfinder?

3
Feats to take for Paladin Dragon mount?
0
Holy brawler for Wrath of the Righteous
5
Most viable Battle-Priest for PF Wrath of the Righteous
0
Picking attribute boost or feats as high-stat 5e Paladin
2
Paladin archer looking to combat optimize my 9th level choices
4
How can this in-combat healing specialist best spend their remaining levels and feats?