What was this 80s book about RPGs?

There was a book I had in the mid 80s that I'd love to find again. I don't remember the title or author, but I'm almost sure it wasn't part of any of the more well-known gamebook series like Fighting Fantasy, Lone Wolf, etc. It most likely was published between 1984 and 1989.

I think part of the book (I could be wrong about this) was a general explanation of how rpgs work and the rest was a solo adventure. I don't remember anything about the mechanics, but here was certainly some dice rolling involved.

The cover that I'm picturing in my mind is black with a stone stairway on it. The text may have been red. It was bigger than a standard paperback book; something closer to "trade" size. The interior art consisted of simple black and white illustrations.

Any help would be greatly appreciated. I've been trying to find this book for years.

Perhaps it is a book called Dicing with Dragons by Ian Livingstone?

Below are images of the different covers and some illustrations (all found thanks to Google Image Search): 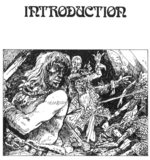 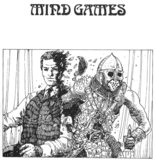 (More illustrations can be found by Google Image Searching for Dicing with Dragons. I just picked these ones arbitrarily.)

Not the answer you're looking for? Browse other questions tagged product-identification books .

14
What RPG converted "choose your own adventure"–style gamebooks into adventure modules?
14
What's the RPG where one character class acts as a “conduit” or “catalyst” for the others' “spells”?
14
Help me identify this 1980s book about role-playing
9
Trying to remember a modern monster-hunter RPG that I played in in the 1992-1998 timeframe
8
Looking for a non-fiction book on RPG gaming from the late '80s
16
Mid-to-late 1970's Space Based RPG: what was it?
8
I've been trying to track down an old P&P RPG that I used to have years ago
5
What book had Rituals to "upgrade" animal companions to keep them viable at higher levels?
14
What was this role playing game from the 70s or 80s?
13
Does anyone know the name of this RPG featuring possessed villagers in the Yorkshire Dales ca. 1980's?