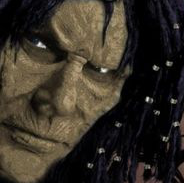 Started role-playing years ago with my father's ancient original The Dark Eye rules and a bunch of interested but inexperienced friends, moved on to its newer incarnations and recently branching out into different systems, e.g. FATE, Shadowrun and Dungeon World. I find that most of my tables prefer social interaction, stealth and general trickery over combat-by-the-rules, and fidelity of the fictional narrative over following the mechanics by the letter.